Elon Musk and Grimes have only been dating for three weeks, but there’s already trouble in paradise.

The singer made headlines earlier this week when she responded to several tweeters who claimed Tesla’s CEO wouldn’t allow employees to unionize.

Grimes ended up deleting the tweet, but her new beau doubled down.

Also, UAW did nada for job security in last recession. Dropped Fremont like a hot potato to protect their core base in Detroit. UAW *chose* to exit this plant before Tesla even arrived. We had nothing to do with UAW leaving, but everything to do with why people here have jobs.

The problem is that each of these assertions is demonstrably false.

As The Daily Beast first reported, Tesla workers have been publicly rallying to unionize for over a year, citing injuries and burnout from assembling vehicles.

Some employees have developed carpal tunnel and other debilitating conditions. In one instance, a worker collapsed on the factory floor and his colleagues were told to work around the body.

But that’s not the worst of it. Tesla employee Jose Moran wrote in a Medium post that he and his coworkers were subjected to “excessive mandatory overtime,” “work-related injuries” and low pay.

Because of these incidents, Tesla has been accused of under-reporting injuries and fostering an unsafe work environment.

In spite of this, pro-union Tesla employees are often reprimanded by security or human resources when they try to hand out flyers.

Workers filed a complaint against Tesla with the National Labor Relations Board about this last year. They claimed they were reprimanded for passing out copies of Moran’s letter—management decreed that all literature handed out to employees must be pre-approved.

The employees also said they have been subjected to a binding, far-reaching confidentiality agreement that covers “everything that (they) work on, learn about, or observe in (their) work about Tesla.”

The complaint was updated in March, with revelations that the company investigated employees after they posted information on a pro-union Facebook page.

Musk has staunchly denied all of these claims, saying the union efforts are a ploy by the United Auto Workers (UAW).

He also claimed that Moran was “paid by the UAW to join Tesla and agitate for the union.” The UAW categorically denied this.

Nevertheless, Musk said he will hold a vote soon to determine whether employees really do want to join the UAW.

He also promised that workers will get more benefits once the Tesla Model 3 reaches volume production (that hasn’t happened yet). Those perks will include frozen yogurt stands and a roller coaster to transport workers throughout the campus.

And now Grimes has thrown her hat into the ring. She hasn’t commented beyond her mysterious tweets, but said she would host a Reddit AMA to address these topics when she releases new music.

Many commenters on social media made light of the fact that Musk had his girlfriend fight his battles for him.

GRIMES: *from the other room* honey, did you prevent your employees from unionizing?
ELON MUSK: *sweating fucking bullets* Ah hah. Nooo? pic.twitter.com/0ZBI7f5yln

ELON MUSK: *running onto the Tesla factory floor and pulling the huge EMERGENCY STOP lever* okay. everybody listen up. my girlfriends outside and you HAVE to tell her i didnt discourage you from unionizing.
FOREMAN: wait wh
ELON: guys she’s RIGHT OUTSIDE

But the thought of Musk and Grimes as a union-busting dream team is more scary than romantic. Time will tell if they end up on the right side of this issue. 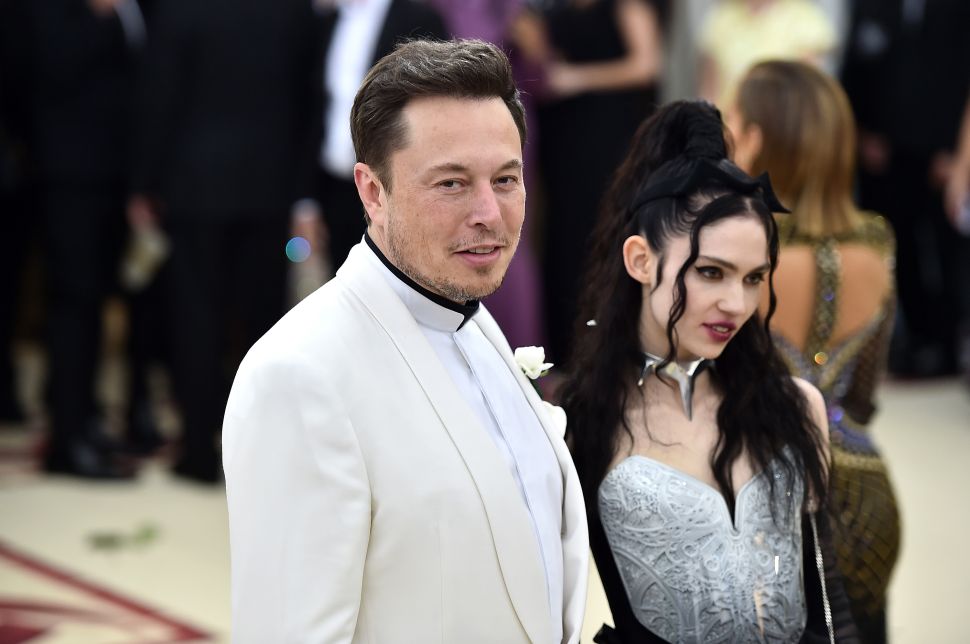