To nab my first job out of college in the mid-oughts, here is all that was required of me: A degree, an amiable disposition, and interview clothing. After that, it was just a numbers game.

While interviewing for jobs in 2017, I was required to build a website, take writing tests (one that was four hours and timed), pass cognitive and personality tests, complete “sample” assignments, work up an extensive marketing and communications plan “as if it were being presented to the board of directors,” design PowerPoint decks, give a “TED-style” presentation, and piss into a cup.

If you’re thinking to yourself, “Why, that poor sap is a writer, I’ve made much better life choices and would never have to do that,” I invite you to take a seat because I have some dismaying news for you. There is a new era of job hunting on the way, and it’s coming for you whether you’re skilled or unskilled, high-level or low-level, technical or creative. You can blame Silicon Valley, which we can all probably agree seemed like a good idea at the start but now feels more like being sold ecstasy that was actually Comet drain cleaner and meth.

After Google started giving its now infamously strange interview questions, it didn’t take long before every workplace in America went from asking sensible queries like “How do you handle competing priorities” to asking potential employees, “How do you get from Tokyo to Kansas with only $12 and a button for a mouth?” Of course, later Google found that these “brain-teaser” questions were not super fantastic for predicting employee success. But by then, the damage was done.

It was the first domino that fell and initiated a quest to hire better and faster, using “scientific” or “objective” methods that were allegedly better than interviews and references.

The most terrifying application of science-based hiring is the use of artificial intelligence (AI). Fortune tells the story of a “young company” called Interviewed (which was later purchased by Indeed) that offers software able to capture “intangible human qualities.” Essentially, job candidates might be asked to participate in a video interview and respond to certain questions or scenarios. The candidate’s face is then mapped to tell all of his or her unconscious movements.

This software — and others like it — can also judge candidate’s body language, voice and other data points to paint a picture of you. Then, the employer puts your humanity through a machine and tells you if you’re gonna be an okay office manager or whatever. (Although lie-detector tests are technically prohibited in job interviews, this would be a workaround, wouldn’t it?)

There are dangers in the use of data that aren’t well understood. Though these companies claim that these sorts of tests will help avoid unconscious bias for minorities, someone has to define what is “ideal” in a human to measure against. Luckily, those doing the defining and programming are leaders of huge corporations or tech/startup bros — what could go wrong? We should absolutely believe them when they say that their definition of perfection will provide an even hand for women and people of color.

In fact, AI has already proven itself as pretty frigging racist and sexist. It turns out when you learn everything there is to know from a deeply prejudiced language, society and workplace—or from biased data sets created by biased people—AI is basically David Duke without the blonde mop on its head.

Though AI is a shiny new penny, other “objective” hiring methods are equally awful. The pendulum that swung toward emotional intelligence in the late 1990s and 2000s has been swinging back to the traditionally measured intelligence in recent years. Thus, employers have begun giving IQ tests or cognitive ability tests. I was given one, in fact, that resulted in sweaty palms for at least three weeks afterward, which apparently makes me part of a growing trend. According to Business Insider, almost 6,000 customers (a.k.a. employers) purchased IQ tests last year. (Not for nothing, but the authors of every single report mentioned in this article that advocate for the use of IQ tests are all men and almost universally white. This is important because many believe that IQ tests are biased against women and people of color.)

Beyond these controversial tests, there are the insane “assignments” that have become disproportionately burdensome. It is understandable to ask a job seeker who is an editor or coder to complete some sort of test or assignment to gauge their skill as it applies to a specific field or organization. However, if a candidate is asked to create an entire marketing plan for an organization, for instance, that isn’t a test — it’s free consulting, and a gross exploitation of labor.

Even then, if it were some sort of last-step shibboleth, it would be palatable, but many jobs ask first-round candidates to complete time-consuming tasks as part of the weeding-out process, something that used to happen by reading resumes, clips, or looking through past projects. For whatever reason, companies who have opted for this route decided that the easiest way to hire is to increase both their workload and ours. The result is that job-hunting is a long, arduous process that has unproven results. At least the robots are fast.

Maybe all of this would be worth it if it lead to better hiring outcomes. But I doubt it will. As The Atlantic aptly points out, there isn’t any one predictor, or even sum of factors, that can accurately forecast a potential employee’s success. Just as scouts fail to pick star sporting game players with reasonable frequency, so too do employers. The author writes, “Hiring is hard for the same reason that dating is hard: Both sides are in the dark.”

Ah yes, we’re in the dark too, aren’t we? Employers enter the interview process believing — probably erroneously — that they understand who they are looking for and for what reason; and that they have an accurate understanding of their own culture. Employers say they value creativity, but they will never ever go with the outside-the-box idea. They say they believe in work/life balance, but every unwritten rule would indicate the opposite. They say they want teamwork, but they reward bullies. They say they are high-functioning, but every rank-and-file employee feels like every high-level decision is made extemporaneously while under the influence of ayahuasca.

In addition to employers finding out candidates’ strengths and abilities, perhaps they should spend the time, money and robot-judging to find out what makes them tick as an organization and work backward from there. If they don’t know thy damn selves, they are an equal part of the broken hiring equation.

Ultimately, though, that seems unlikely. Employers can’t be introspective anymore than a snail on the sidewalk — it’s just not part of their DNA. And potential employees will always find ways to game the system, even if it is much more laborious than generations of yore, because we all need a paycheck and will find a way to make it happen. And that, my friends, is why hiring will always be a Black Mirror hellscape — it’s based on artifice, intrigue, a lack of self awareness, and mistrust on all sides. It will never yield true results for any of us. But damn it if they won’t try to put more on job seekers’ backs to prove otherwise. 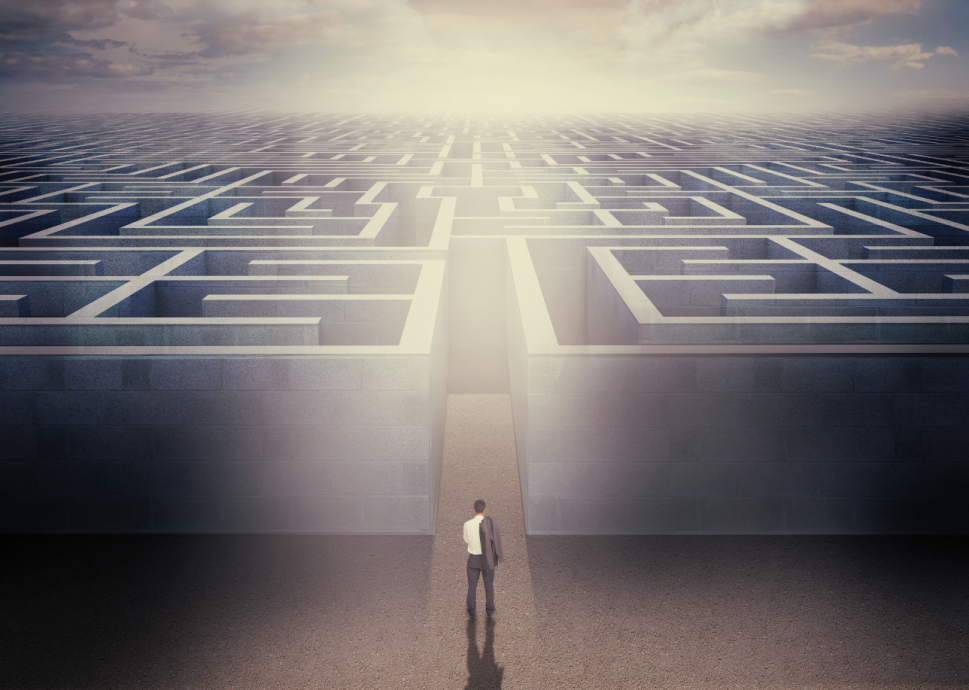