The Federal Bureau of Investigation is one of the finest law enforcement agencies on earth—perhaps the finest. While no sprawling bureaucracy of tens of thousands of special agents, analysts and support personnel, scattered around 56 field offices nationwide, is without its malcontents and missteps, the FBI’s overall reputation is one of honesty, dedication and professionalism, deservedly so.

Given its role as America’s top law enforcement agency, the Bureau has been a lightning rod for criticism since its founding 110 years ago, and the astonishingly long tenure of J. Edgar Hoover as its director from 1924 to 1972 remains a touchy topic, not always fairly. Historically, most of the criticism of the FBI has come from civil libertarians and the Left, whereas more recently attacks on the Bureau have shifted to stemming from the Right, specifically fans of the Trump administration, who in an unhinged fashion have compared the FBI to Nazis and the KGB.

The Bureau’s top critic today is President Donald Trump himself, who ever since his inauguration has waged an ugly public campaign against the FBI, regularly accusing it of irregularities and worse in its investigation of his secret Kremlin connections. Today, Trump took to Twitter, as he so often does, and raged at the FBI again, accusing it of having a “representative implanted, for political purposes, into my campaign for president. It took place very early on, and long before the phony Russia Hoax became a ‘hot’ Fake News story. If true—all time biggest political scandal!”

If true, indeed. This is a grave accusation, and it’s false on its face. In the first place, the FBI is forbidden from engaging in any overtly political investigations. Moreover, there’s as yet no public evidence of any FBI-controlled person inside the Trump campaign in 2016 (to say nothing of the fact that moles are “planted” while fake breasts are “implanted”). Lastly, the president seems not to understand that if anyone connected to him went to the FBI to report his or her concerns about ties to Russia, that’s a very different story than the Bureau planting someone inside the Trump campaign. This matter needs resolution. Indeed, the president could settle the matter immediately by picking up the phone and asking Attorney General Jeff Sessions if these rumors are true—that’s his right as the current resident of the White House. That Trump prefers to tweet angrily about what’s alleged on Fox News speaks volumes.

Nevertheless, Trump’s public anger at the FBI is something that’s unhealthy in any law-based democracy, and it may have long-lasting effects, all of them negative. That said, the remarkable thing is that it took this long for a White House to declare open war on the Bureau. Richard Nixon came close as the walls of Watergate closed in on him—and he certainly would have if he had known that the main leaker to the media about the whole affair was the FBI’s associate director, Mark Felt, who hated the president for not appointing him director—but even Nixon’s attacks on the Bureau appear tame next to Trump’s scorched-earth campaign.

As both the leading federal law enforcement agency and our top domestic intelligence agency, the FBI occupies a uniquely powerful position in our country. This situation is frankly anomalous, an accident of American history, and may not be healthy or conducive to good governance in the 21st century. There’s a reason that most Western democracies split law enforcement duties and spying on their own citizens between different agencies. Both those missions include a great deal of bureaucratic power, and placing them under one roof seems like an invitation to abuse if the institution is not monitored very carefully.

Although few Americans realize it, the FBI is replicated in few of our close security partners. Looking at the so-called Five Eyes espionage alliance, the Anglosphere intelligence network that’s been the world’s most powerful spy system since World War II, illustrates the difference. In Britain, the domestic intelligence mission is handled by the Security Service (popularly called MI5)—that means counterintelligence and counterterrorism, watching for foreign spies and terrorists—while the job of arresting bad guys falls to Metropolitan Police Special Branch, cops who are cleared to know state secrets, but who are not themselves spies.

Canada replicates this system, with the Canadian Security Intelligence Service as MI5 and the storied Mounties acting as Police Special Branch. It’s the same in Australia and New Zealand, with only the agencies’ names changed. Israel models its spy services on Britain and possesses its Security Agency (SHABAK in Hebrew) for domestic intelligence, which cooperates with the national police if cases lead to arrests. Germany, too, follows this model with the mouthful Office for the Protection of the Constitution (BfV) to monitor spies, terrorists, and extremists inside the country, while the Federal Criminal Police Office (BKA) makes arrests when needed.

In many ways, this is a better arrangement, and not just because it provides an added layer of protection to civil liberties. Americans seldom ponder it, but it may not be a wise idea to blend the spy-cop mission as the FBI does and always has. Moreover, allowing your domestic intelligence agency to focus solely on spying, instead of working as police simultaneously, may lead to more efficient counterintelligence and counterterrorism operations. Contrary to TV and movies, most domestic spy operations stop short of arrest, for good reason.

This became an issue in the aftermath of the 9/11 terrorist attacks, when it was apparent that the FBI had dropped some balls in counterterrorism. This had something to do with the fact that in the 1990s, its fast-track agents went into catching bank robbers and other criminals, not domestic intelligence, which after the Cold War became a career backwater. Arrests, especially high-profile ones, led to Bureau awards and promotions, while hush-hush successes in domestic intelligence—which may not lead to any arrests—didn’t necessarily.

After 9/11, the FBI’s national security work got a big boost in money, people and prestige, and for more than a decade, catching terrorists is where the Bureau’s fast-movers gravitated. However, counterintelligence suffered, as was demonstrated by the FBI’s lackluster performance in its inquiry into the Trump campaign’s links to Russia. Contrary to Trumpian complaints about an overly aggressive Bureau trampling on civil liberties, the FBI’s slow-moving 2016 counterintelligence investigation of Team Trump, memorably termed CROSSFIRE HURRICANE, in fact was stymied by insufficient resources, bureaucratic dysfunction and excessive caution.

In the early-aughts, when Congress investigated our Intelligence Community to ensure the painful lessons of 9/11 were learned, taking the domestic intelligence mission away from the FBI was briefly pondered, but the idea never got much traction inside the Beltway. The creation of a stand-alone domestic spy agency was resisted mightily by the FBI for turf reasons. Suggestions, particularly by some in American counterintelligence, to remake our spy system more like our Five Eyes partners’, thus faded by the end of George W. Bush’s first term. This is regrettable, since had the FBI been taken out of the espionage business, and left to focus on federal law enforcement, we would not have the awkward mess that is causing so much chaos in Washington, D.C. right now, and Trump would not have the FBI as his Twitter whipping boy.

In the aftermath of KremlinGate, there will surely be post-mortems and perhaps full-fledged Congressional investigations of what went wrong—and how not to repeat the events of 2016, when Russian spies and lies subverted our democracy. Without any insult to the men and women of the FBI, the overwhelming majority of whom are hard-working patriots, recasting American domestic intelligence along the lines of our closest security partners needs to be on the table for serious consideration. 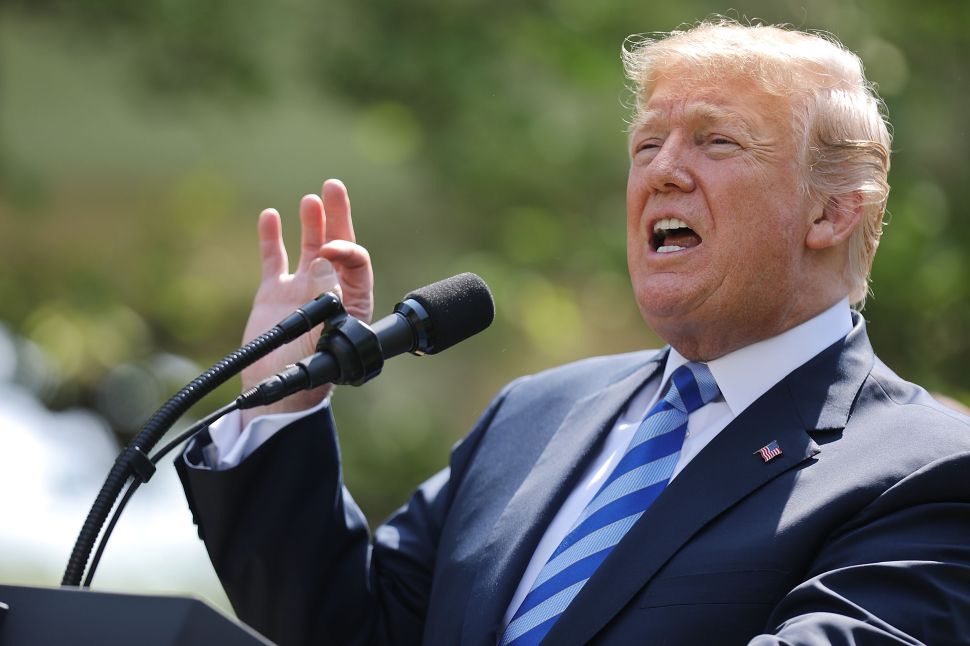