Lorelai Gilmore preferred staying in Stars Hollow, but her real life counterpart, Lauren Graham, is more of a bicoastal type. Graham has primarily lived in Los Angeles for the past several years, where she was filming Parenthood, but she’s long maintained an apartment in New York.

Graham netted $825,000 in the sale, which is a minor discount from the $850,000 she was hoping for. There was, however, a hiccup before Graham found this buyer. She originally listed the unit at 24 Fifth Avenue back in October 2017, and it went into contract in late January. Apparently, that deal fell through, as less than 10 days later, it was back on the market at the same price.

No matter, she’s now found the right person to take the place off her hands. And even though she had to lower her expectations a tad, it’s still far more than the $540,000 she paid for the place in July 2014.

After purchasing the apartment, Graham brought in Eric Hughes to renovate and design the abode. The walls have new base moldings, and Graham added marble window sills and wide plank dark stained wood floors. There are also custom built-in closets throughout, according to the listing shared by Douglas Elliman brokers Jessica Levine and Katie Sullivan.

At present, the the living room is outfitted with a beige L-shaped couch, upholstered chair and a few accent tables. It’s tasteful, of course, but Lorelai could definitely have added a little more character to the place, perhaps in the form of a monkey lamp.

The enclosed kitchen has marble and brass accents, with Carrera marble floors and subway tile backsplash. It’s all very nice and looks like it would be Gilmore-approved, though it looks a bit small for Luke to come make coffee.

Graham is quite familiar with the neighborhood, as she attended NYU before transferring to Barnard College. And it seems that she might still have another pied-à-terre in the area, as she said in December 2014, just five months after buying this unit, that she’d owned an apartment downtown for over a decade.

We can’t imagine she’d leave New York for good, though it seems that’s what her television daughter did just two years ago—Alexis Bledel and Vincent Kartheiser sold their one-bedroom Brooklyn penthouse in 2016, and have stayed away from a permanent home in the city ever since. 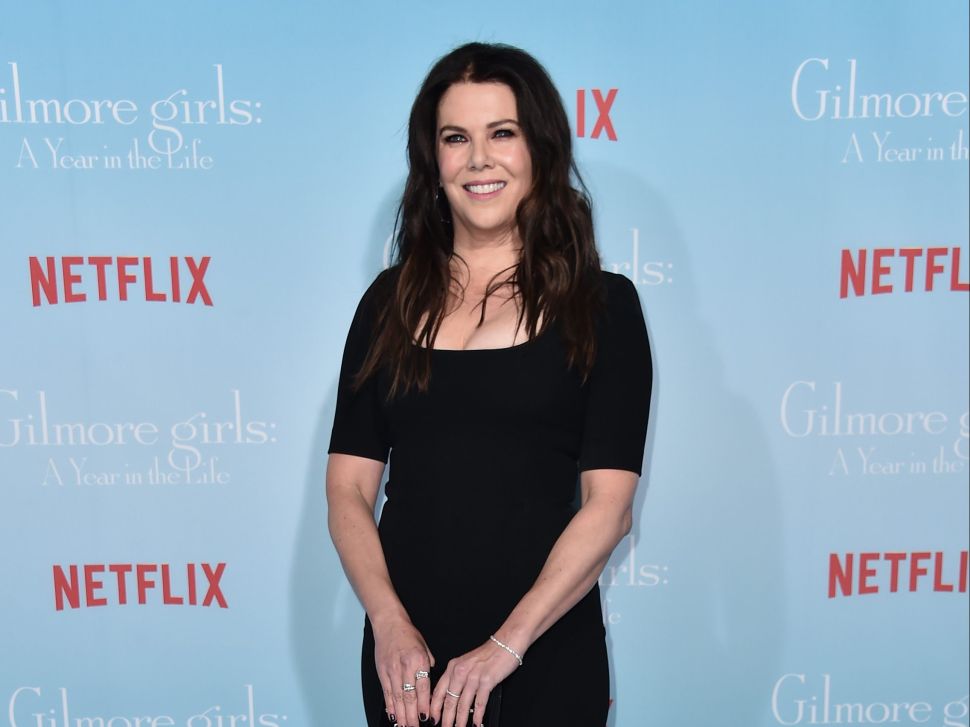