As President Donald Trump’s nominated CIA director Gina Haspel parried questions from lawmakers during her Wednesday Senate Confirmation Hearing—opting for a persona predicated on operational expertise rather than bluster—a cry burst through the room.

“Bloody Gina! You are a torturer!” yelled a protestor.

Since the president announced Haspel’s leadership over the agency following former CIA Director Mike Pompeo’s appointment to Secretary of State, many lawmakers and critics have scrutinized her role in overseeing a ‘black site’ prison in Thailand. Still reconciling its past support for enhanced interrogation tactics, the CIA faces a reckoning with the Trump administration’s larger grand strategy—one predicated on rhetoric and fear.

“The discourse we’ve heard from President Trump around interrogation tactics is that they [echo a] theme of fear and revenge,” Elizabeth Grimm Arsenault, the assistant professor of teaching at Georgetown’s Center for Security Studies, told Observer. “[Haspel] and the agency generally engaged in a deep period of self reflection about how they as an agency came to this place… My bigger concerns are what her leadership means for the agency’s identity and for counterterrorism cooperation.”

As a presidential candidate, Trump promised to reinstate waterboarding while targeting the families of suspected terrorists, both of which violate international law. Although the White House backed off from a leaked executive order to reopen black site prisons last February, Trump in recent months staffed his inner-circle with military hawks amid crises with Russia, North Korea and Iran.

The appointment of Pompeo—an Army captain who later served in Congress as a Tea Party hardliner—to the State Department signals a militarized approach to diplomacy. Equally as alarming to some was the entrustment of the Bush era’s briefly tenured UN Ambassador John Bolton as the president’s national security advisor.

“There’s a grand strategy: It is one of conveying a sense of fear in others and that will supposedly pay off in their change of behavior toward us,” Charles Hill, a former senior advisor to Ronald Reagan and Henry Kissinger, told Observer in March shortly after Bolton’s appointment. “It’s a Hobbesian way of looking at things.”

Haspel pledged during Wednesday’s hearing to ensure the end to the CIA’s interrogation problems, stating that the “CIA must undertake activities that are consistent with American values.” Trump, however, tweeted several days prior, praising the nominee’s controversial leadership at the agency and calling her “tough” on terrorists.

My highly respected nominee for CIA Director, Gina Haspel, has come under fire because she was too tough on Terrorists. Think of that, in these very dangerous times, we have the most qualified person, a woman, who Democrats want OUT because she is too tough on terror. Win Gina!

“There is a grand strategy of fear based off revenge,” added Arsenault. “The tweets that came from President Trump around Gina Haspel seem to support her nomination because of her role in the interrogation program, not in spite of it.” 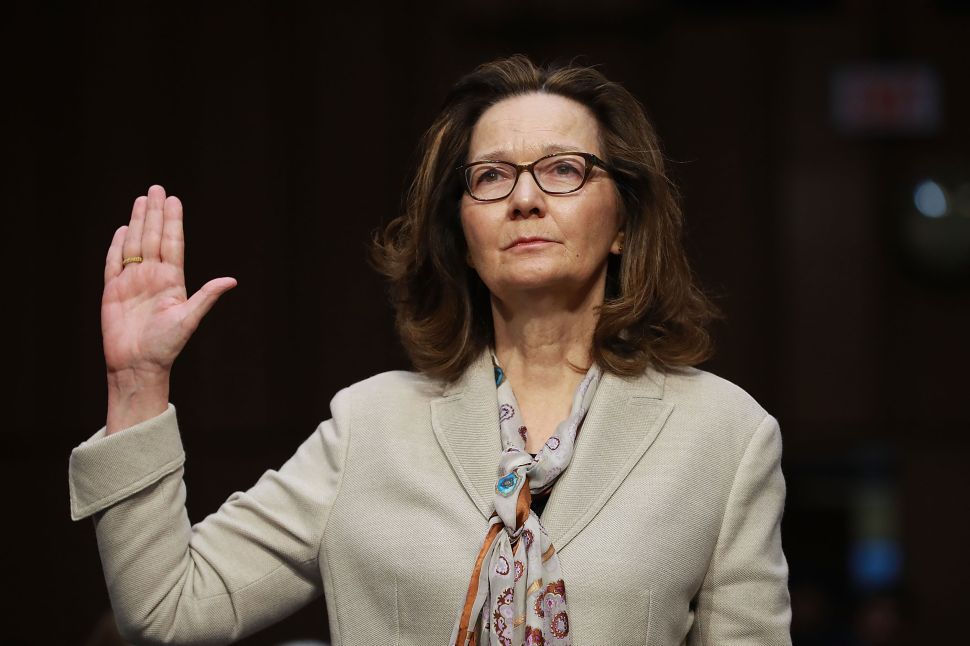