Last week, Hulu renewed The Handmaid’s Tale for a third season as its second—which picks up after the source material of Margaret Atwood’s acclaimed novel ends—continues to roll out its early episodes. That Hulu wants to keep The Handmaid’s Tale around for an extended period of time is no surprise. The company has become the fastest-growing streamer in the United States on the back of the show’s all-encompassing success.

But the idea of The Handmaid’s Tale as a multi-season story that continues forward indefinitely is not one that I had considered.

Advancing beyond the words of iconic original texts has often been compared to performing acrobatics without a safety net. Recent small screen examples of this have have been executed to varying degrees of success.

The Leftovers transformed from a turgid wallow in misery into the best show on television when it progressed beyond Tom Perotta’s novel of the same name, while Game of Thrones has become more viscerally ambitious but less thoughtful as it surpasses George R.R. Martin’s A Song of Ice and Fire series. Three episodes into The Handmaid’s Tale second season, and the series is just as gripping as ever, so there’s no reason to be worried at the moment.

But what is the endgame for The Handmaid’s Tale? Do we really want this kind of show shooting for the outdated five-season benchmark of success? How do we want it all to end and can we survive until then?

One obvious consequence of The Handmaid’s Tale‘s enthralling story is that it is not an easy show to watch. Sexual assault and unchecked violence are difficult sells in their own right; when combined with the intense focus and slow burn approach from showrunner Bruce Miller, they become almost unbareable.

To be clear, this is a compliment; the show’s unflinching representation of these tragic real-life horrors and Elisabeth Moss’ unbreakable performance are major reasons why The Handmaid’s Tale may be the pinnacle of peak TV. Its relevancy is potent, but a four-quadrant broad appeal mainstream binge it is not.

At some point, the relentlessness of the series is going to wear audiences down. You can argue that it somewhat already has, as many of the season two reviews published before the premiere highlighted the continued brutality.

With a third season en route and no official end date in sight, do we want The Handmaid’s Tale to continue beating us over the head with misery?

The strategy has worked thus far as Hulu beat Netflix to the punch and claimed streaming’s first ever Best Drama trophies at the Emmys and Golden Globes. But continuing down this path may limit the long-term viability of the series. There’s only so much punishment we can take.

Conversely, even though The Handmaid’s Tale is a tough pill to swallow, do we really want it to change to appease our moods just so it can stay past its prime?

June Osborne is a woman of tremendous internal fortitude and convictions, and I will not be surprised when she eventually gets to dole out a pleasing helping of comeuppance to the many bastards of the show. But it would be disingenuous to the series for her to single-handedly take down Gilead or any other ending that flies in the face of what came before.

I have no idea how long Hulu plans to keep The Handmaid’s Tale on the air, but the further it goes, the greater that degree of difficulty becomes.

What do we want from The Handmaid’s Tale in the end?

Are we looking for a happy ending where the bad guys are beaten and order is restored? We all desperately want to see Mrs. Waterford and the Commander get what’s coming to them. We all yearn for the collapse of Gilead and the liberation of its opressed people. While we may get that in some form, the show is about the struggle against these overwhelming forces and not so much about the binary nature of victory and defeat.

If the show maintains its current level of greatness, will that be enough to enable us to stomach the grusomeness? We are lucky to be present for The Handmaid’s Tale which is a treat of excellent drama. There is a universe I can imagine where the TV-viewing world endures its morale-killing spirit as it continues to rack up prestigious awards and honors.

Is either approach right or wrong?

What kind of show The Handmaid’s Tale becomes in future seasons may reflect what kind of audience we are. 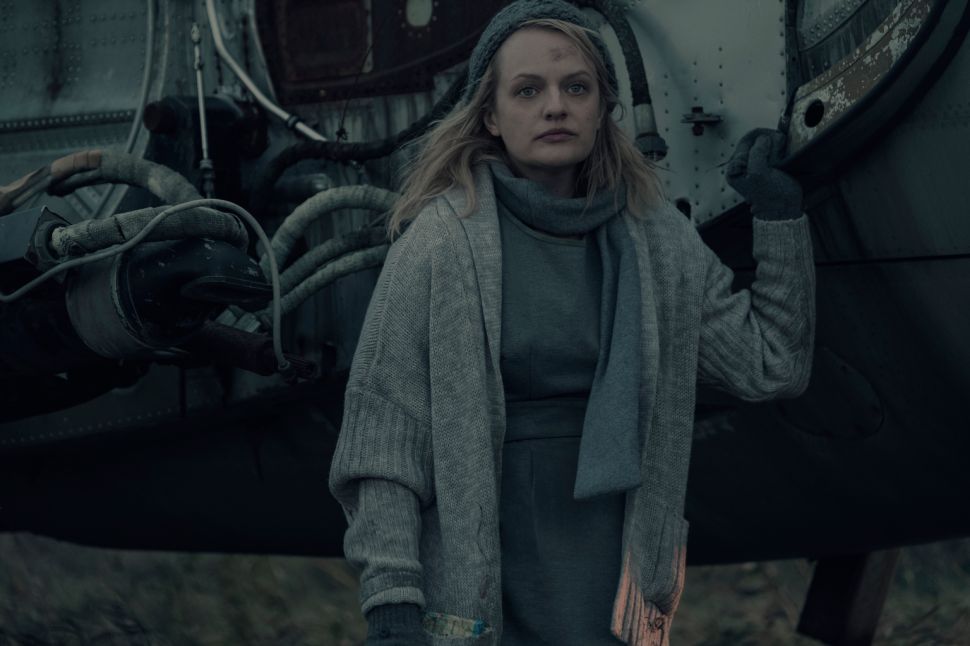