Think about any fictionalized sports show you’ve ever watched. It’s got drama, it’s got some archetypal sportsmen (or women…but mostly men), and it most certainly has a significant amount of on-court/rink/field action. There’s always that big goal, the clock ticking, that rising star called in at the last minute while fans watch with bated breath, wondering if he can make the play.

Sure it make for suspenseful TV, and it’s what you expect from a sports series, but it’s also been done. That’s how Brockmire, now in its second season on IFC, offers a refreshing change. Centered around Jim Brockmire (Hank Azaria), a hard-charging, ethically challenged baseball announcer, the show contains almost no on-field action at all. Instead, this is about the love of baseball. Oh, and also, the really competitive and ruthless business around baseball. It’s an illusion-shattering comedy that takes a look at the dirty, mismanaged back-end of the game, and all the people who got into it because of some exalted idea of what this sport represents. It’s about all of the rivalry, backbiting and truly flawed humans working behind the scenes—of those, Jim Brockmire is a perfect example.

Once a beloved play-by-play announcer at the top of his game, Brockmire loses it all after suffering a very public, hot-miked breakdown. He recedes for a decade, traveling the world, sinking into a pit of self-centered indulgence and destruction. Lured back to the game by the manager of the minor-league Morristown Frackers (played by Amanda Peet) Brockmire decides to claw his way back to the top. By season two, he’s relocated to New Orleans and joined ranks with the Crawdaddy’s. Brockmire is rude, he’s crude, and he’s going to use all the foul-language and dirty tricks to get there. He makes terrible choices. Most of what comes out of his mouth defines “cringeworthy.”

And although he’s quite possibly the most vulgar main character on TV today, you do end up growing fond of the guy. His proclivity for taking the wrong fork in the road at nearly every turn is the thing that makes him so compelling. At first glance, the character might seem like just some mixed up dude trying to find his way in the world, but Brockmire is much more than simply a surface-level screw-up with no direction. He’s actually very ambitious with a clear goal in mind and on the cusp of achieving his dream of making back to the bigs. And this is what makes Brockmire so interesting, the layers of complexity in its main characters, and therefore the nuance that brings to a show that, in the tradition of narrativized sports programming, could so easily default to trite or formulaic character tropes. In sports series, you usually always know who you’re meant to root for. Brockmire doesn’t give us any heroes, so it never becomes a simple story about winning and losing.

Take Brockmire’s relationship with Charles, a young African-American hipster who runs the tech for the Morristown Frackers, but has basically no interest in the game at all. Charles unintentionally finds himself constantly cleaning up Brockmire’s messes and the elder showman soon finds himself relying on his young colleague. The interplay between Brockmire and Charles is superb and serves as a great backdrop to explore everything from co-dependency to racism, via a striking generational gap.

Charles’s best move in season one was convincing Brockmire to launch a podcast. What began as a seemingly second-hand storyline has become one of the best parts of the series. “Brock Bottom,” the podcast-within-a-show filmed NPR live-audience style, allows Brockmire to do what he does best—ramble on about his experiences, qualms, and faults. It’s another way the creatives behind Brockmire add layers to this character.

You think that listening to him blather away without the constrictions—whether in the announcers box, on his podcast or to no one in particular at a bar—is just a character quirk. And it is, but it’s one that allows for the building of a deep and interesting protagonist. This is why you end up really caring for the guy, even while finding him repulsive. He’s not just a shallow jerk, he’s a compelling, complex, well-rounded jerk, with, it turns out, some pretty interesting reasons for how he got that way.

Brockmire puts the weight in all the right places, featuring what lies beneath the exterior, particularly of those plaid jackets Jim Brockmire loves to wear—right where his faded, jaded heart beats chaotically.

Given that the series has just been renewed for a third and fourth season, it seems he’s got plenty more stories to tell. We’re guessing not a lot of them will be uplifting tales about game-winning hits. Probably most of them won’t be about sports at all.

Brockmire airs Wednesday nights at 10 p.m. on IFC and is available for streaming on Amazon and Hulu. 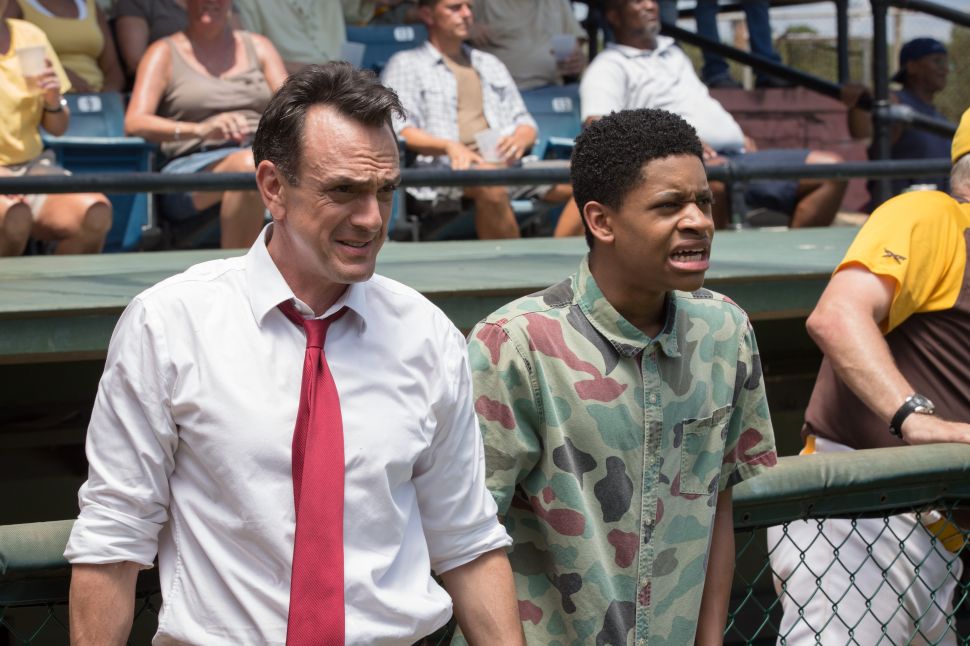