President Donald Trump’s surprise announcement to cancel the June meeting with North Korea’s Kim Jong-un on Thursday shocked political leaders around the world. (South Korea President Moon Jae-in held an emergency midnight meeting to figure out what was going on in Trump’s mind.)

The financial market was shattered just as badly. Global stocks tumbled immediately after the news broke (before slightly picking up this morning when Trump told U.S. media the dialogue with North Korea has reopened).

But the crisis spelled big wins for one type of asset: precious metals.

Both gold and silver prices soared to their weekly high shortly after Trump’s announcement and steadily climbed throughout the afternoon. Some of the investment recommendation sites even began suggesting specific gold funds to buy.

“Trump’s scuttling of the summit with North Korea is not surprising, but it still produces an uptick in geopolitical uncertainty, which is bullish for safe-haven gold and silver,” said Jim Wyckoff, a senior analyst at precious metal brokerage Kitco, in a note on Thursday.

However, analysts have different views on how long the uptick will last. A more important indicator for gold price, some argue, is the direction of interest rates.

Gold has been trading at its lowest levels since December 2017. Before Thursday’s breaking news, the price of gold had already seen moderate increases after the Federal Reserve’s May meeting minutes indicated that the Fed wasn’t in a rush to raise interest rates until the June meeting.

“Although gold had been showing moderate strength in recent sessions, I chalk up today’s spike to safe haven buying, and such moves are never long-lasting phenomena that investors should bet upon,” Brien Lundin, editor of Gold Newsletter, told Dow Jones’ MarketWatch.

“The upcoming Fed meeting, in which they’re expected to hike rates another quarter point, is also key for gold. Gold is typically sold off prior to expected rate hikes, and then quickly rallies in their wakes,” he added.

Aside from North Korea, the Trump administration is also in the middle of a fragile trade talk with China, which is seen by economists as another factor likely to increase geopolitical uncertainty. As such, some analysts believe the safe-haven buying will last for a while in the near term.

“Gold is benefiting from geopolitical issues, but the Fed is clearly not concerned with rising inflation and that is giving investors more confidence. If gold prices can close above $1,300 an ounce, then I would suspect the market will take a run at the 200-day moving average at $1,316 an ounce,” Phillip Streible, a senior analyst at commodity future brokerage RJO Futures, told Kitco News. 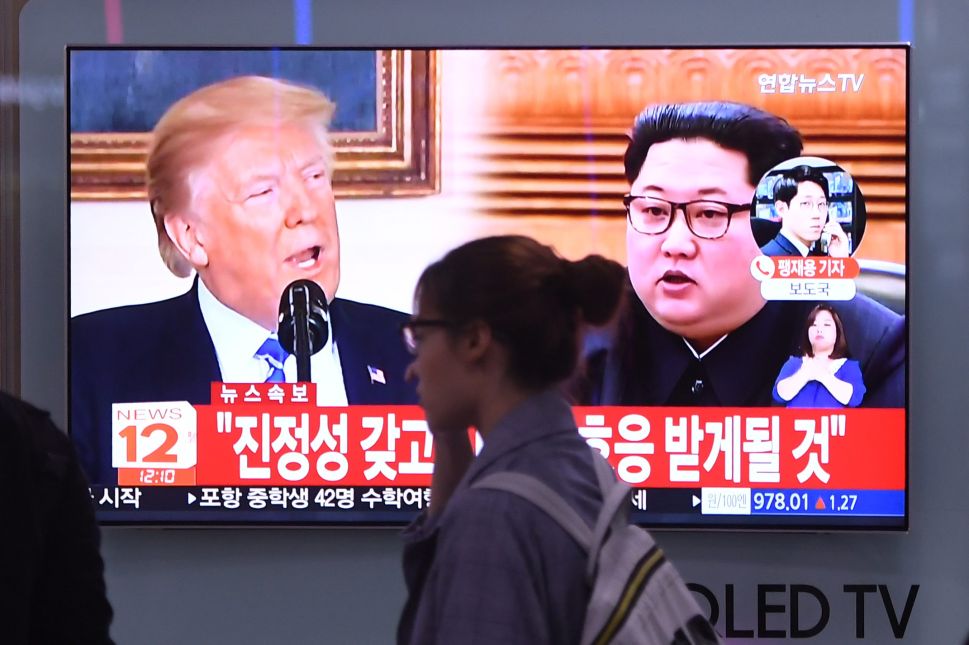