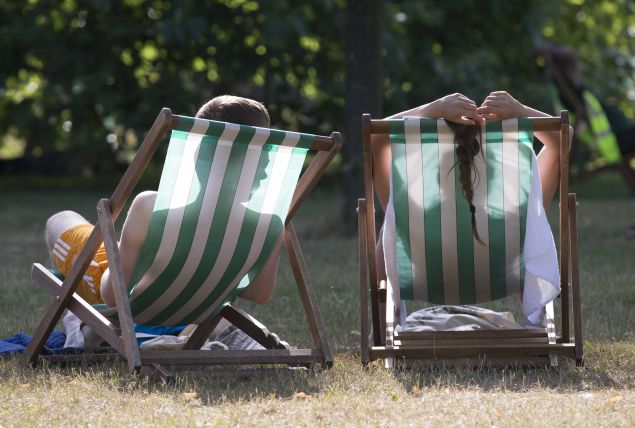 At a young age, we learn which temperatures are comfortable and safe—and which mean recess will be indoors. But the temperature doesn’t tell the whole story. Extreme cold or heat is bad enough, but the addition of wind in the winter and humidity in the summer can make unpleasant weather straight up unbearable. That’s where the heat index and wind chill come into the picture.

How to Tell When Hot Is Too Hot

People who live in the desert often try to justify the hottest weather on Earth by saying it’s a dry heat. And it’s partially true: it’s not the heat that gets you—it’s the humidity. Humidity is a measure of moisture in the air, but “relative humidity,” the percentages you always hear in weather forecasts, isn’t a great way to measure the amount of moisture around you.

Relative humidity is good for forecasting wildfires and fog, but that’s about it. The measure is dependent upon air temperature, so it’s useless when you want to talk about how it feels outside. Relative humidity is, well, relative. It rises when it cools down at night and falls when temperatures rise during the day.

The metric you should use to talk about comfort is dew point, which is the temperature at which the air becomes completely saturated. It doesn’t sound too bad if it’s 90°F outside and the relative humidity is 51 percent. However, that would mean the dew point is 70°F, which is humid enough to make you sweat the moment you leave your house.

The dew point means the same thing no matter the temperature, so you can always use it as a frame of reference to figure out how comfortable the weather is. Dew points below 60°F are generally comfortable, while readings above 65°F verge on uncomfortably humid. A dew point above 70°F is downright swampy.

The Heat Index Is Basically About Sweat

When we’re hot, our bodies produce sweat, and when sweat evaporates off our skin, it cools us down. But humidity, which is the amount of moisture in the air, prevents sweat from evaporating, leaving us feeling miserable.

The heat index accounts for this balmy detail. Scientists developed the heat index by studying how the human body reacts to hot temperatures with different amounts of moisture in the air. They found that you can actually index how hot it feels based on how much moisture is in the air.

If it’s 90°F outside and the heat index is 102°F, it means the combination of heat and humidity has the same effect on your body as an actual air temperature of 102°F. Higher heat indices mean you can fall victim to heat-related illnesses faster than you would without tropical humidity in the air.

Wind Chill Chips Away at Your Body Heat

But in the winter, we have almost the opposite problem: Wind on a cold day can make you cool off too quickly.

The wind makes the cold worse because it blows away the protective layer of heat that forms just above your skin, making you cool off much faster than normal. This can rapidly lower your core body temperature, potentially exposing you to frostbite or even hypothermia.

Scientists studied wind chill in a similar manner to the way they developed the heat index. They measured how the combination of cold air and wind cools your body down and indexed it to a much colder air temperature. If it’s 15°F and the wind is blowing at 20 MPH—not an atypical afternoon up north—the wind chill is -2°F, meaning the wind is having the same effect on your body as an actual air temperature of -2°F.

Both the heat index and wind chill measure what the air feels like at that particular moment, which is why many weather outlets opt to use the term “feels like” instead.

Private weather companies like to use a hook to keep you using their products. The Weather Channel has winter storm names and the “TOR:CON” index during severe weather to keep you tuned in to their forecasts. AccuWeather has RealFeel, which you will see in lieu of the wind chill or heat index if you use their app or website for forecasts and current conditions.

AccuWeather says their RealFeel metric takes into account the same factors as the heat index or wind chill, but they claim to go a step further by factoring in other weather conditions that could affect how our bodies perceive temperatures. Their website says RealFeel includes “humidity, cloud cover, winds, sun intensity and angle of the sun,” as well as “how people perceive the weather.”

RealFeel is exclusive to AccuWeather and the organizations that use its data and forecasts. Everyone else uses heat index and wind chill to convey how the weather feels beyond the temperature you see on the thermometer. 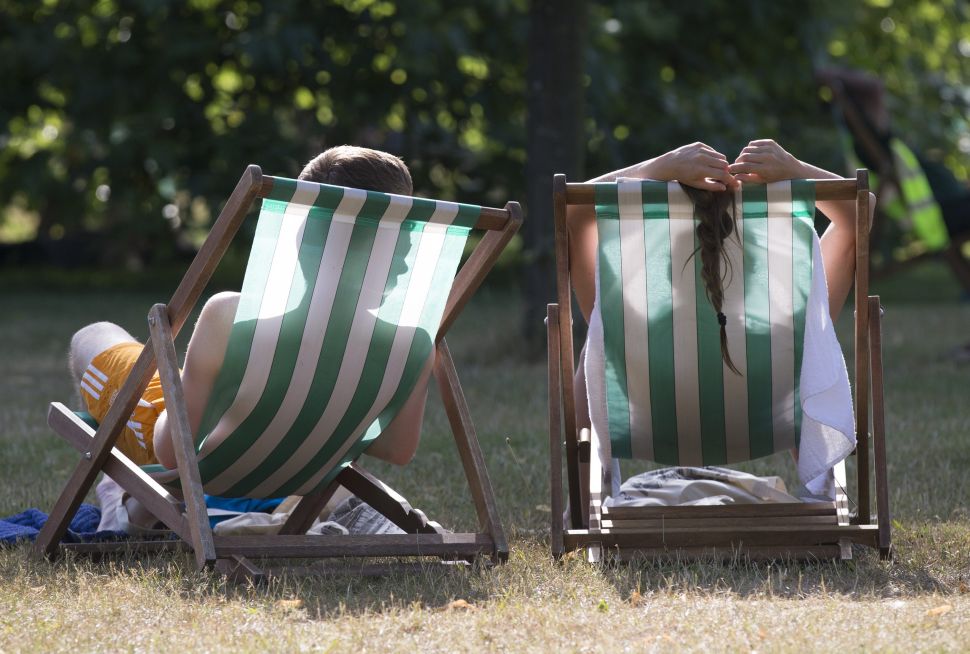