It’s officially “blockchain week” in New York City. With a handful of events and conferences throughout Brooklyn, the mainstream will see a swarm of engineers, investors, whales and wannabes, self-described experts and crypto prophets evangelize blockchain to the masses. There will be name-tagged networkers and the occasional rapper hawking the latest coin at exclusive after parties. There will be panels filled with Gordon Gekko carnival barkers, armchair economists, and the generous citing of Karl Popper’s philosophies. It will be brash, brilliant, at times bombastic, and fundamentally optimistic. In short, it’s crypto media come to life.

Crypto media can best be characterized as “conflicted.” The rising price of Bitcoin and Ethereum and the liquidity from the exchanges that trade alt-coins have created new economic incentives for creating content. Blockchain is highly technical and requires an understanding of software, but also systems architecture, governance and markets. The trade-off is between knowledge and trust, with the most knowledgeable people in the space being the most invested in driving specific outcomes. In this sense, looking back at Web 2.0, the era that birthed the “tech blogger,” is instructive, as many of the challenges introduced during this period are super-charged in the crypto age.

A hallmark of Web 2.0 was a trend toward apps and platforms that made it easy for regular people to publish content, disintermediating traditional media as a result. Companies like Blogger, WordPress and Twitter were banner communication products from the era that the tech community jumped on to promote their own ideas. At its peak, TechCrunch was the center of the start-up universe, and VCs became legitimate thought leaders in their own regard. Fred Wilson, the legendary Web 2.0 investor and pioneering blogger, is the perfect example. He was an investor in nearly every notable company from this period, from Tumblr to Kickstarter, and wrote about most of them. He knew the companies better than anyone and had a clear vision for how they fit with the larger trends shaping the industry. Wilson’s typical post would have an insight about Twitter (a portfolio company), a mini-podcast embedded from Soundcloud (a portfolio company), and a comments section powered by Discqus (a portfolio company). Bringing it full circle, he would then promote the post on his Twitter.

There was a delightful meta quality to it all.

Still, traditional media played a role. The coverage was generally breathless, epitomized by the era-launching Kevin Rose BusinessWeek cover and Fortune’s David Kirkpatrick, who covered Facebook exhaustively. The professional press was actively courted by the top entrepreneurs and investors, and thus shaped the broader narrative surrounding these new technologies and business models.

As blockchain and crypto have come to fill the space previously held by Web 2.0, a new information system is taking shape, one that is more disjointed and  decentralized. The average information diet for someone enmeshed in crypto might include Reddit for raw intel, Twitter for gossip and interesting threads, and Medium for a wide range of writings, many incredibly technical and astute. Ironically, though blockchain content creators are forever promoting the technology’s potential, they still rely on legacy Web 2.0 platforms as primary communication channels. More ironic still is that the biggest problem in crypto media is trust—the exact issue that blockchain is meant to solve.

The best content on Medium is coming from technically minded investors or from organizations behind blockchain projects. And while there are threads on Twitter that are more insightful than anything Forbes or Bloomberg are putting out, it’s hard to know what the motivations or agendas of the writers are. As a result, where Web 2.0 tech blogging had a clubhouse feel to it, crypto can feel more like a boiler room filled with self-dealing and hucksterism.

Although sites like TechCrunch were not without their conflicts, those qualms seem almost quaint today. Often people writing about crypto are simply promoting their book, and even the best writing and analysis sometimes aims to move a price for the purposes of profit or accumulation. If, for example, Fred Wilson wrote a post in 2011 about Turntable.fm, at the time a fun and buzzy startup in which he was invested, it would be with a very clear conscience. Though the company would benefit from the attention he bestowed, there would be no securities issue, as Turntable.fm was private company. But if Turntable.fm was a token project traded on an exchange, a post from Fred might cause the price of the thinly traded token to surge, creating winners and losers overnight.

This potential for conflict has colored the crypto community’s relationship with the professional media. A perfect example: Vitalik Buterin, the founder and person most associated with Ethereum, made waves a couple of weeks ago when he publicly stated that he was sitting out CoinDesk’s Consensus conference, chiefly because of what he perceives as Coindesk’s conflicts across their coverage and their conference. Naval Ravikan, quite possibly the largest booster and thought leader in the space, used the discussion to float his own ideas about the role of professional media in the decentralized future. His tweets, since taken down, reduced media to more or less a novelty object or collectible. Vitalik, for his part, sees prediction markets and AI supplanting journalists. Neither of these are rosy predictions.

Admittedly, the traditional media covers the coin economy in a pretty shoddy manner, focusing nearly all their attention on Bitcoin’s volatile price, ICO’s, and absurd anecdotes while ignoring the overall ecosystem and its potential. Often the coverage seems lazy and uninformed. There are some stars, like Matt Levine at Bloomberg, but even he emphasizes the purely financial aspects like price, regulation and institutional adoption over the rest of the action happening across the space.

The crypto specific media companies are better, but they don’t offer much that can’t be found on Medium and Twitter. CoinDesk, despite the drama, is a solid site. Block Geeks has the best technical explainers out there, and Unchained, Laura Shin’s podcast, gets great guests. CoinTelegraph has good breadth, even though the site’s headlines feel like they were written by an algorithm. CCN has some strong analysis but also a lot of needless noise and price speculation. Ledger Intel (a company, which, in the effort of full disclosure, I am involved with) has a wicked email newsletter.

As the token economy evolves, so too will the media surrounding it. Though professional media will undoubtedly continue to improve incrementally, the space won’t reach its potential until new platforms and services are created that use blockchain as an integral part of the offering, reconciling the tension between knowledge and trust. In specialized areas, the best information will always come from insiders who live and breathe in the space everyday. With blockchain, great content shouldn’t suffer from inherent conflicts of interest. Web 2.0’s tools are useful, but the deluge of content they ushered in created new problems.

We might be a few years away, but blockchain can fix this. Only when it does will the hype meet reality, making blockchain fully ready for the mainstream.

Mike Albanese is a media entrepreneur and photographer. 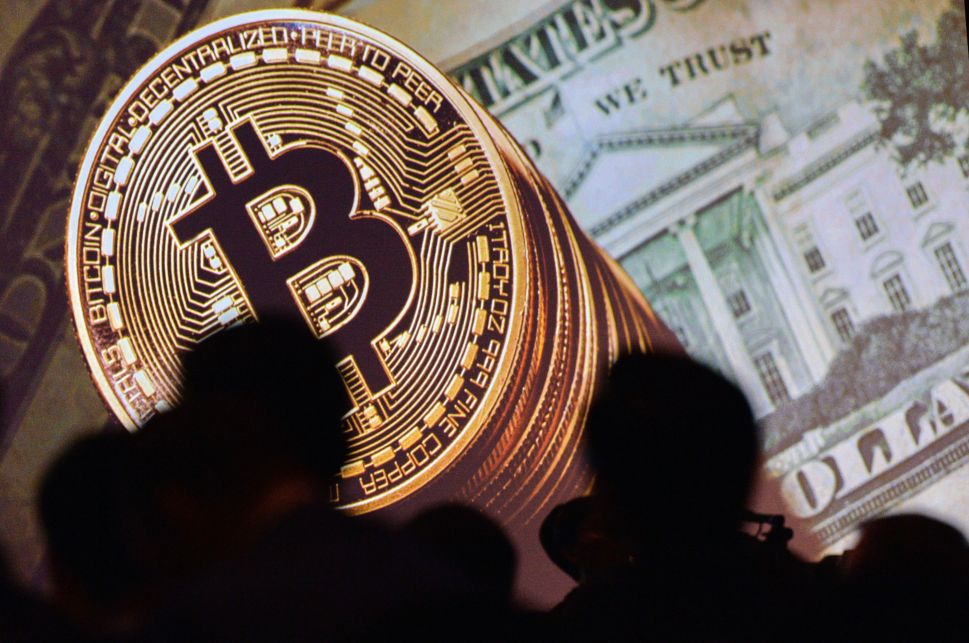