Around 42,000 shareholders of Berkshire Hathaway gathered in Omaha, Neb. on Saturday for their annual shareholders meeting to seek investment wisdom from the legendary Warren Buffett and his vice president Charlie Munger.

Buffett and Munger shared their thoughts on some of the hottest issues at the moment, like the trade tension with China and the #Metoo movement, as well as advice on buying specific assets, from government bonds to tech stock to Bitcoin.

Here are four main takeaways for retail investors from the meeting:

Buffett had made it clear early on that he wasn’t a big fan of Bitcoin. To him, putting money into cryptocurrencies is no different than collecting stamps or buying gold and doesn’t qualify as a real investment.

At Saturday’s event, he bashed Bitcoin outright by calling it “rat poison squared.”

“If you buy something like a farm, an apartment house, or an interest in a business… You can do that on a private basis… And it’s a perfectly satisfactory investment. You look at the investment itself to deliver the return to you,” Buffett explained during an interview with Yahoo Finance ahead of the shareholders meeting. “Now, if you buy something like Bitcoin or some cryptocurrency, you don’t really have anything that has produced anything. You’re just hoping the next guy pays more.”

“You aren’t investing when you do that. You’re speculating,” he continued. “There’s nothing wrong with it. If you wanna gamble somebody else will come along and pay more money tomorrow, that’s one kind of game. That is not investing.”

The technocrats of the investing world would disagree.

Although cryptocurrency is still a very abstract idea to grasp (despite a plethora of reporting around it), its underlying system, blockchain, is widely regarded as one of most revolutionary inventions of tomorrow.

The value of blockchain-based assets is creating a new version of the internet, according to Fred Wilson, a partner at venture capital firm Union Square Ventures.

“Bitcoin has produced a transaction processing infrastructure that looks a lot like Amazon Web Services (something I am sure Buffett would agree is extremely valuable). Ethereum has produced a similar transaction processing infrastructure which is also able to run smart contracts,” Wilson wrote in response to Buffett’s comment.

As such,  “purchasing these crypto assets is very much a form of investing,” Wilson wrote.

Berkshire Hathaway bought about 75 million shares of Apple stock during the first three months of 2018, Buffett announced a few days before the shareholders meeting.

And, just as a perfect counter example to Bitcoin, Apple checks every box on Buffett’s list of a real investment that produces real things.

“You can put all their products on a dining room table. That’s not the way it used to be in this country. It’s incredible to me,” he said.

That said, tech companies that make less tangible products proved to be valuable, too, in hindsight. Buffett admitted that he had missed the early opportunities on Amazon and Google’s parent company Alphabet.

“The truth is that I’ve watched Amazon from the start, and I think what Jeff Bezos has done is something close to a miracle, and the problem is if I think something is going to be a miracle, I tend not to bet on it,” he said.

However, there is one tech company that Buffett stays away from: Microsoft.

That’s in part due to the same reason why he didn’t buy shares of Amazon or Alphabet.

“In the earlier years, the answer is stupidity,” he said.

But a bigger issue is his personal friendship with Bill Gates. Buffett fears that, if he held shares in Microsoft, his trading moves would draw suspicions whether Gates had leaked any information to him.

“I try to stay away from a few things just totally because the inference would be drawn,” he said.

4. Stay Away From Long-Dated Bonds

Buffett advised people to stay away from bonds, especially long-dated ones. Given the unsure direction of interest rates, he warned that inflation will likely more than cancel out the nominal interest returns on these investments in the long run.

Interestingly, Buffett himself is one of the world’s largest holders of U.S. Treasury bills, but the shorter-term type.

Berkshire Hathaway has been struggling to find good deals to allocate its over $116 billion of cash. As a safe bet, Buffett put a huge amount of that pile in U.S. Treasury bills. By the end of 2017, the firm held $116 billion in cash and Treasury bills (with an average maturity date in 88 days), over 30 percent more than 2016.

“This extraordinary liquidity earns only a pittance and is far beyond the level Charlie and I wish Berkshire to have. Our smiles will broaden when we have redeployed Berkshire’s excess funds into more productive assets,” Buffett said in Berkshire’s 2017 shareholder letter. 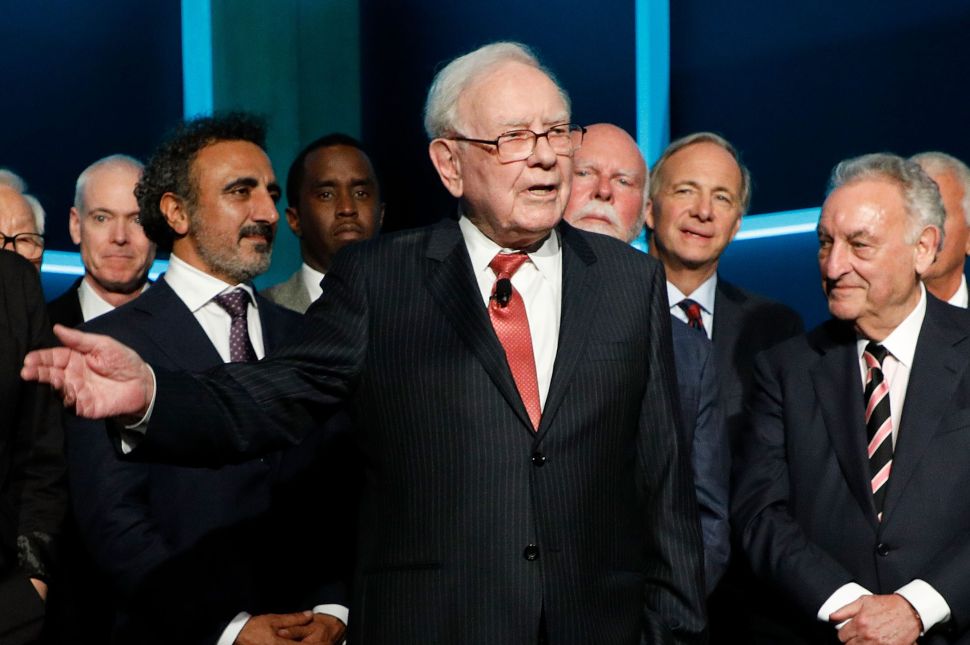