There are many issues with in-flight Wi-Fi, but could a cell phone actually cause a plane to plummet into the sea?

That’s the thinking behind a new lawsuit against Apple. Family members of several people killed in a 2016 plane crash claim the co-pilot’s overheated iPhone started a fire on the plane.

EgyptAir Flight 804 was traveling from Paris to Cairo on May 19, 2016 when it crashed into the Mediterranean Sea 10 miles inside Egyptian airspace, killing all 66 people on board.

Officials never received a mayday call from the Airbus A320. But the plane’s data transmissions showed that smoke had been detected in both a forward bathroom and the avionics bay (the electronic system beneath the cockpit).

Indeed, the front section of the aircraft sustained significant fire damage. The flight deck voice recorder indicated that the crew attempted put out a fire on the jet before it crashed.

While investigators still haven’t figured out a cause for the blaze, they said explosive traces had been found on some victims’ bodies.

But security camera footage also showed that the pilot of the aircraft was storing his iPad Mini and iPhone 6S in the cockpit, along with a bottle of perfume. The objects were placed on a glare shield above the instrument panel.

This panel was situated directly above the avionics bay where the fire started, leading some investigators to speculate that the devices overheated. There were no issues with the devices when the co-pilot passed through airport security on the ground.

“The investigators hence note a troubling parallel between the placing of these items that are fed by lithium batteries and the triggering of alarms during the flight,” their report read.

Lithium batteries are known to overheat on planes—they caused fires onboard international aircraft in 2010 and 2013. These devices are restricted to carry-on luggage aboard American flights because of the danger of short circuiting.

According to investigators, the lithium-based Apple products could’ve ignited and started a bigger fire in the cockpit—which ultimately would’ve brought the plane down.

Several analysts have pushed back against this theory, noting that any objects on the plane’s dashboard would fall on the floor or in the pilot’s lap during takeoff.

Another mitigating factor is that if the phone had overheated, it would’ve burst into flames in the cockpit. The pilots never reported any such event to authorities on the ground, however.

But that’s not stopping the family members of those killed aboard the plane, who believe there’s enough evidence to hold Apple responsible for their relatives’ deaths—and are now suing both the phone maker and EgyptAir for undisclosed damages.

Apple has denied any wrongdoing.

“We rigorously test our products to ensure they meet or exceed international safety standards,” the company said in a statement. “If investigators have questions for us, we would of course assist in any way we can.”

Apple is facing multiple lawsuits for slowing old iPhones, but this is apparently the first time the company’s devices have been blamed for a string of deaths.

This suit may not go anywhere, but it’s clear both Apple’s customers and law enforcement are becoming more suspicious of the tech behemoth. 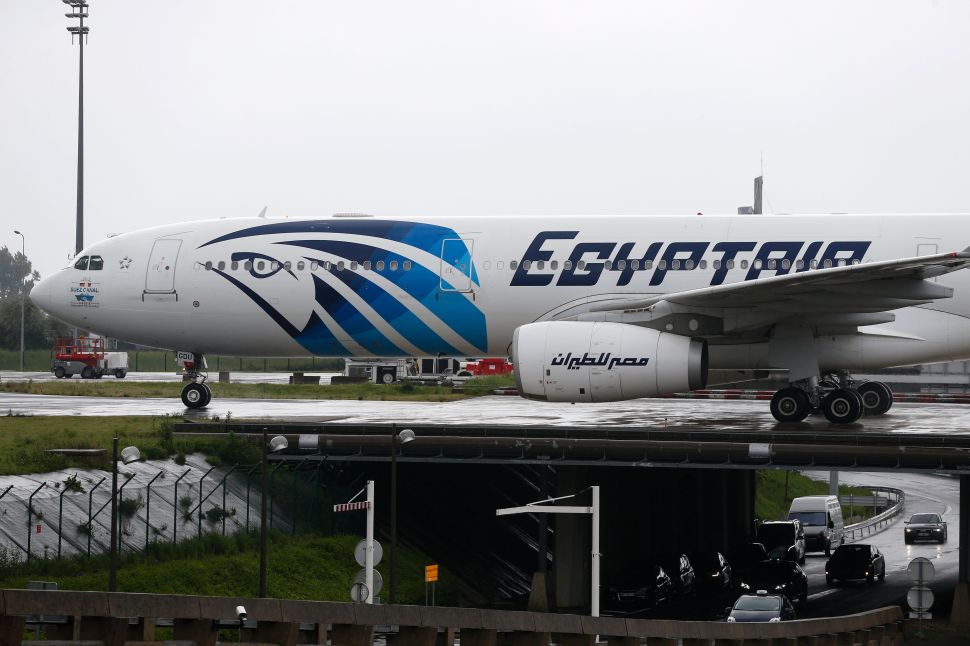