Nobody in tech or science has a crystal ball, but that doesn’t stop some of the biggest names in each field from making bold predictions about the future.

Some trumpet humanity’s promise, while others warn of impending doom. The most common leaders called on to predict what lies ahead include Jeff Bezos, Warren Buffett, Bill Gates and Al Gore.

But just how accurate are these forecasts? We combed through the histories of each of these men to determine whether their conjectures about the future bore fruit, or if they were just a lot of hot air.

Most of the Amazon founder and CEO’s predictions fittingly foretold the success of his own company.

In a 1999 Wired profile called “The Inner Bezos,” the entrepreneur forecast what the retail landscape would look like in 2020. Two years away from that deadline, it’s clear most of Bezos’ projections were spot-on.

First and foremost, he predicted that people would order the majority of their goods online instead of going to a physical store. That’s true today mainly because of Amazon, which has grown from an online bookstore into a mammoth online empire with a $777 billion market cap. A lot of sites have followed in its footsteps, but Amazon led the way.

Bezos also forecast the future of brick and mortar retail. He said pharmacies and convenience stores would be open 24/7, which is true in many cities.

On a darker note, Bezos told Wired that in 2020 “strip malls are history.” And sadly that’s proven true: hundreds of malls have lost anchor tenants in recent years, which in many cases means the entire shopping complex is shut down and abandoned.

Bezos isn’t a perfect oracle, however: he also said in the Wired interview that apparel stores would become destinations that offer more than just clothing, showing movies and using other gimmicks to attract customers. That phenomenon hasn’t materialized yet.

The 87-year-old chairman and CEO of Berkshire Hathaway isn’t letting age slow him down. He’s constantly featured on financial news shows warning about the dangers of cryptocurrency.

It’s too early to know how that investment tip will pan out, but over the past five decades, Buffett has built up an enviable track record (and an $85 billion net worth).

For example, he’s bought over 85 million Apple shares because of his faith in the company’s “tangible assets.”

“You can put all of their products on a dining room table,” Buffett said at a shareholder meeting.

That may seem like a very “old man” reason for investing, but it has served him well as the tech company’s value has continued to skyrocket.

Buffett is also a shrewd economic forecaster. He backed Hillary Clinton in the 2016 election, but predicted the U.S. economy would “work fine” under President Donald Trump because America has the “secret sauce.”

Indeed, by the end of 2017, the Dow Jones Industrial Average had hit record highs and more than half of Americans said the economy was in “good or excellent” shape.

Buffett does crucially know his limitations: he’s a close personal friend of Bill Gates, so he doesn’t buy Microsoft shares to avoid any hint of a conflict of interest.

And even more importantly, he admits when he’s wrong. Buffett said he was foolish not to bet on Google or its parent company Alphabet, especially since Berkshire Hathaway gets so many advertising dollars from the search engine

Buffett also said he was “too dumb” to invest in Amazon early on because he “underestimated the brilliance of the execution.” However, he now considers Bezos “the most remarkable business person of our age.”

But back in 1999, Gates used his own book Business @ the Speed of Thought to predict the future of tech and retail. And most of his prognostications were right on the money.

Gates said people would start carrying around “small devices that allow them to constantly stay in touch” by checking the news and staying up to date with friends. Hello, smartphones!

By the same token, Gates predicted that so-called “private websites” would allow people to chat online and plan events. Sites like Facebook and Instagram aren’t quite private (as the 2016 election showed), but Gates still grasped the basic concept of social media before just about anyone else.

He also said these online communities could be tailored to specific interests. This is true not only of news site verticals but also online chat rooms like Reddit (where Gates has hosted six AMAs).

The tech titan even forecast the rise of LinkedIn with a prediction that the social networking concept could be applied to employment.

“Similarly, people looking for work will be able to find employment opportunities online by declaring their interest, needs and specialized skills,” he wrote.

And finally, Gates’ crystal ball foretold the rise of online advertising. He said sites would know users’ purchase histories and tailor ads to those interests. Just about every retail site now uses that formula.

It’s not just tech: plenty of people in science make predictions as well. And arguably no one does it more passionately than this former Vice President. But does his passion come with proof?

Gore has a tendency to embrace doom and gloom when discussing climate change. For example, he predicted that Earth’s ice caps would melt away by 2014.

However, while sea ice has hit its lowest recorded point in history, there’s still a good amount floating in the Arctic.

Gore also said that sea levels would rise 20 feet in the near future because Greenland or Antarctica would melt away. But these levels have only risen about three millimeters a year.

As such, Snopes has accused Gore of misrepresenting research and “cherry picking science.”

The VP-turned-environmentalist has gotten plenty of things right, however.

Gore was criticized for claiming in his film An Inconvenient Truth that rising sea levels and storm surges could flood the 9/11 memorial in Lower Manhattan. But that’s exactly what happened during Hurricane Sandy.

Humans spew 110 million tons of man-made pollution into the sky each day, which is equivalent to dropping 400,000 Hiroshima bombs on the Earth every 24 hours.

Trapping that much heat affects both humans and other animals—half of all species are in danger of extinction by the end of the century.

It’s because of these myriad dangers that Gore lobbied so hard for the Paris Agreement. But that all seemed to be for naught after President Donald Trump pulled the United States out of the climate accord.

There are plenty of reasons for hope, however. For example, Google is using DeepMind’s AI technology to reduce the carbon footprint at its server farms.

Gore should focus on convenient truths like this rather than dramatic predictions with little basis in fact. Planet Earth and its inhabitants would be much better off. 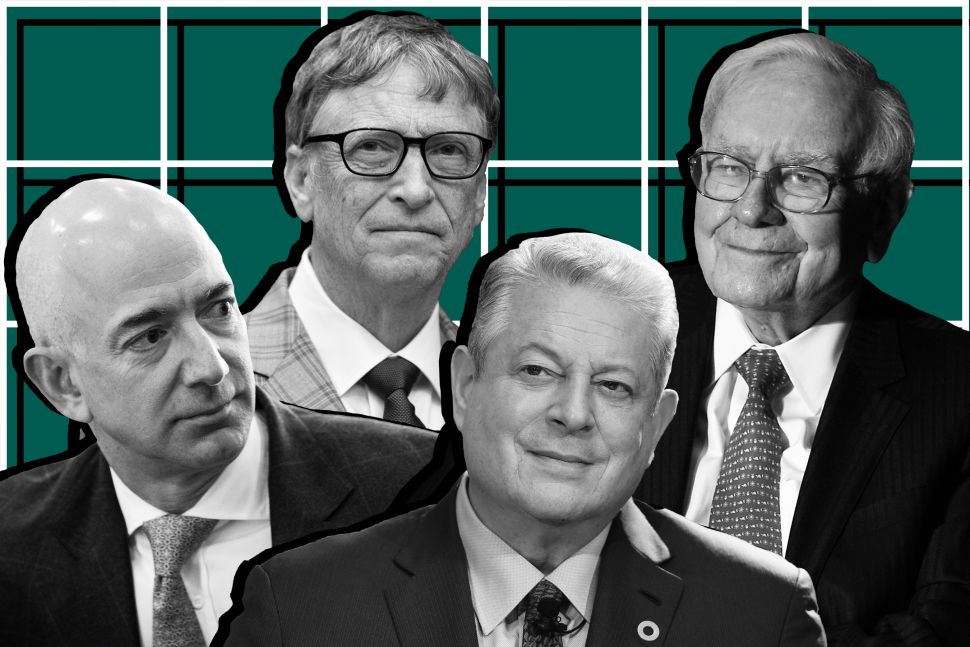