The U.S. Embassy in Jerusalem is opening symbolically today with a few offices in the existing consulate—symbolizing the clash between hard policy choices and President Donald Trump’s desire, openly stated now, to win a Nobel Peace Prize and be feted as a great peace-making, hand-shaking maker of deals.

The embassy move, pending the “beautiful” building that will be in the works for a while, has been entangled with Trump’s repeated vows to shepherd a peace process. Previously granting waivers, as presidents Bush, Jr. and Obama did, to delay implementation of the Jerusalem Embassy Act of 1995, he cited the need to “give a shot” to a deal between the Israelis and Palestinians and “maximize the chances” of an agreement.

In his cozy meeting a year ago with Palestinian Authority President Mahmoud Abbas, Trump inexplicably said he’s “gratified” that Abbas is “committed to taking firm but necessary steps to fight terrorism and confront its hateful ideology.” He was undoubtedly warmed by the signs lining West Bank streets bearing Trump’s and Abbas’ faces, stating “The City of Peace Welcomes the Man of Peace.”

The cooling of these affections has been more recent, like Abbas calling U.S. Ambassador to Israel David Friedman a “son of a dog” for stating that Jewish West Bank settlements are Israeli. But Trump also called “Rocket Man” Kim Jong-un “depraved” during the State of the Union address before the current 180 from “fire and fury” to being “honored” by “nice” Kim’s presence, so there’s no reason to think that there won’t be yet another reversal and Trump won’t again be back on snuggly ground with Abbas.

But then or now or in the future, Abbas hasn’t changed any more than the North Korean dictator who tortured and killed Otto Warmbier, who sent a WMD into a public airport to assassinate his half-brother, who has been evading sanctions with the help of Russia and selling chemical weapons to Syria, and who has enjoyed bustling arms sales to the scariest players on the planet.

The opening of the Jerusalem embassy, bare bones though it may be, coupled with vows to be The One to bring peace where others have failed—while disregarding that the same reasons those peace overtures failed will make yours fail as well—symbolizes that carefully navigating the minefield should be the focus instead of erecting neon signs next to the minefield. Fallout from these grand gestures will give Trump a crash-course on realism about the stakes, which are more than a ribbon-cutting or getting your name on a plaza. The hard work is yet to come, and the right choices may not result in your name emblazoned in lights.

In characteristic humility, Trump told reporters “everyone thinks so” when asked Wednesday if he deserved the Nobel Peace Prize for his upcoming summit with Kim Jong-un. Before the DMZ was ruled out as the site for talks, Trump promoted the border location because it would be a hot spot for a “great celebration.” Of course, logic would suggest that a state sponsor of terror who suddenly decides to make nice is probably, well, lying—especially as rounds of six-party talks and violated resolutions have borne deceptions over the years. The U.S. cannot make rogue regimes or terror groups have a sudden change of heart to puppies and sunshine. If these opponents claim an about-face, it should be assumed that they have an ulterior motive.

The reality is that Hamas will not warm to peacefully living alongside Israel, since they believe they have a religious mandate to ixnay the Jewish State. And if a man believes the Almighty is telling him to wield his sword, no multinational talks or one-on-one sit-down with his sworn enemy will push him to drop that sword. Hamas’ charter softening a year ago was a joke, when they claimed they wouldn’t seek Israel’s destruction anymore but would not relent in their quest to take over Israeli lands.

The fury over the U.S. Embassy opening also underscores the reality of the threat landscape. Hamas has been planning to whip up Gaza border protests, calling them “less expensive” than full-out intifada. But Hamas claiming they’re over jihad is like Trump saying he really doesn’t want that Nobel, as history shows Hamas is reliably and gladly the violent spoiler in peace overtures. And if terror groups are using the building of the embassy in incitement materials, as they have since the day of its decision—like al-Qaeda in Lebanon so subtly declaring “kiss our jihad”—is any indication, each brick that goes into the new beautiful building will whip up terrorist funding and recruitment.

Trump’s desire to make peace is based on supporting allies and trying to arrive at a world where Israelis can wait for a bus without being bombed, stabbed or rammed with a car. His moves, though, have to be rooted in thoughtful, deliberate policy, with symbolic gestures as merely the optional sprinkles on the side. 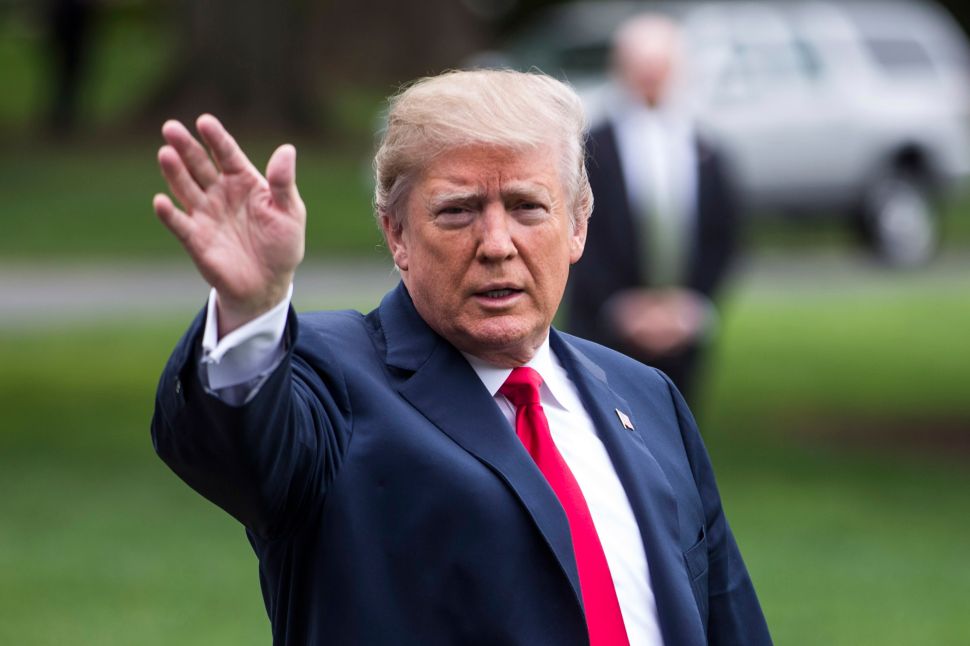