The new right media is in the doghouse yet again.

On the same day a Fox News commentator was pilloried for his insulting comments about Senator John McCain, another popular conservative voice got in trouble for praising Nazis.

Juan Pablo Andrade, a policy adviser for the pro-Trump America First nonprofit, appeared at a conference for the conservative nonprofit Turning Point USA in December.

While in his hotel room (which was paid for by the conference), he recorded a Snapchat video in which he claimed that “The only thing the Nazis didn’t get right is they didn’t keep fucking going!”

Andrade was staying less than three miles away from President Donald Trump’s Mar-a-Lago when he made that remark. The Turning Point conference was held in West Palm Beach, Florida.

Turning Point has become infamous for viral stunts where members wear diapers to protest college “safe spaces.” Members of the group have tweeted comments like “I hate black people.”

Andrade attended as well, having served not only at Turning Point but also on Trump’s National Hispanic Advisory Council and National Diversity Coalition.

He also appeared as a Trump surrogate on Newsmax, CNN Latino and Univision, and was even featured on the Newsmax 30 Under 30 Power List.

Until his comments became public, Andrade was also an opinion columnist for The Hill. But yesterday, the site deleted all of his stories, and his author page now links to an error message.

Andrade said in a statement that the Nazi video was “incomplete” and “fails to tell the full story.”

“This is a false attack by the leftist media, as they will stop at nothing to undermine anyone promoting the America First agenda,” he said. “As a Hispanic, any suggestion that I would support Nazis is insulting and disgusting, and anyone suggesting so should be ashamed of themselves.”

Andrade delivered his hotel room diatribe to a slew of approving voices. One of his fellow guests was alt-right activist and Richard Spencer acolyte Cesar Subervi.

“This is the car that hit the fucking protester,” Subervi said while filming a vehicle with a destroyed hood. “She smashed that bitch, that is awesome!”

It turned out the injured pedestrians weren’t linked to the protest. But ironically Subervi attended the Unite the Right rally in Virginia, where counter-protester Heather Heyer was murdered by a driver.

Subervi was reportedly blacklisted from the conference at first because of his penchant for controversy. But Turning Point ended up inviting him anyway to boost attendance.

Turning Point did not respond to an Observer request for comment. But even with all the paranoia in right wing spheres these days, it’s hard to believe the group didn’t see this coming. 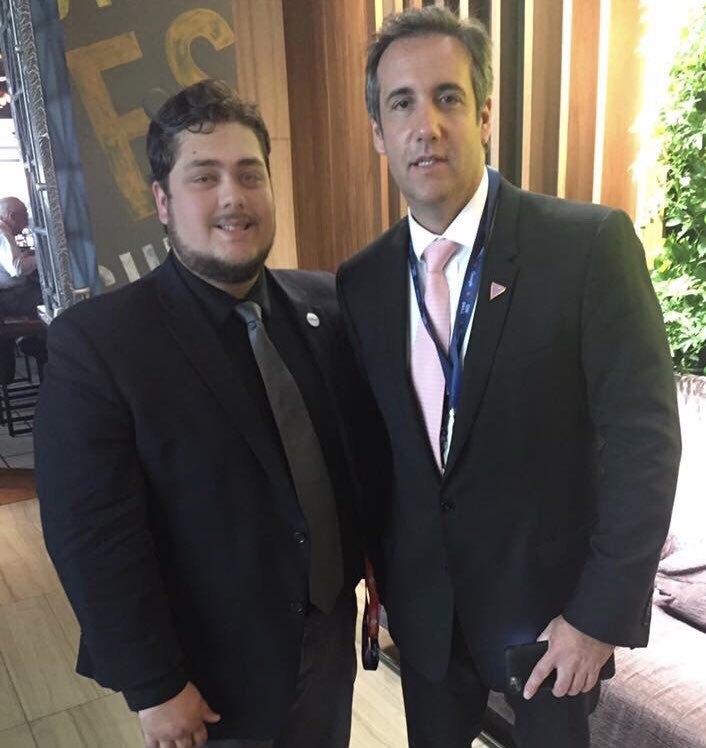