Kirsten Dunst is finally leaving her Soho loft behind. At long last, the actress has secured a buyer for the charming co-op.

Dunst has been trying to offload the apartment since February of last year, when she listed it for $5 million. An interested party didn’t emerge, and she chopped $500,000 off the price tag just one month later. By August, she took her New York pad off the market altogether.

She did not, however, have change of heart, despite lovely downtown details like exposed brick walls, arched windows and concrete ceilings. The artsy unit, perched atop 477 Washington (also known as 533 Canal), popped back up for $4.5 million in December 2017, with the additional option of renting it for $12,500 a month.

It doesn’t look like anyone decided to try out the temporary lease, but the lower sales price must have been more attractive, as Dunst has officially sold the place for a (still slightly discounted) $4.43 million.

Dunst put her mark on the apartment in the time since she bought it for $3.09 million in July 2007. It’s entirely gut renovated, with wide-plank custom wood floors and 11-foot ceilings throughout, per the listing shared by then-Douglas Elliman brokers Jared Seligman and Evan Danzig (the two have since moved to Stribling).

A private elevator opens directly into the apartment, which is currently configured as a one-bedroom with 1.5 bathrooms. It appears Dunst converted a potential second bedroom into a rather lovely library/media room, with built-in bookshelves and sliding doors.

The windowed kitchen is now equipped with Wolf and SubZero appliances, plus marble countertops, and opens to a dining area.

The master suite has an exposed brick wall, of course, and the remodeled bathroom features a freestanding vintage clawfoot soaking tub, a separate glass-enclosed shower and custom mosaic tiled floors.

We wonder if the buyers, who were represented by Corcoran broker Laura Weinkam, will model their new abode in a similar fashion to Dunst’s chic aesthetic—at present, it is outfitted with upholstered sofas, velvet chairs and wooden coffee tables, with an antique gilded mirror propped against a wall in the living area. It essentially looks like the interior version of Dunst’s vintage fashion preferences, in the best way possible.

It’s not clear when Dunst last actually lived here, as she also offered it as the same $12,500 monthly rental back in 2014. We wonder if this means Dunst is planning on spending most of her time on the West Coast, where she has owned a 4,333-square-foot house in Toluca Lake since 2001. Or perhaps she’s simply planning on upgrading to a larger home in New York, as she and her fiancé, Jesse Plemons, had their first child earlier this month. A one-bedroom loft with a child sounds like a crowded situation, no matter how beautifully decorated it may be. 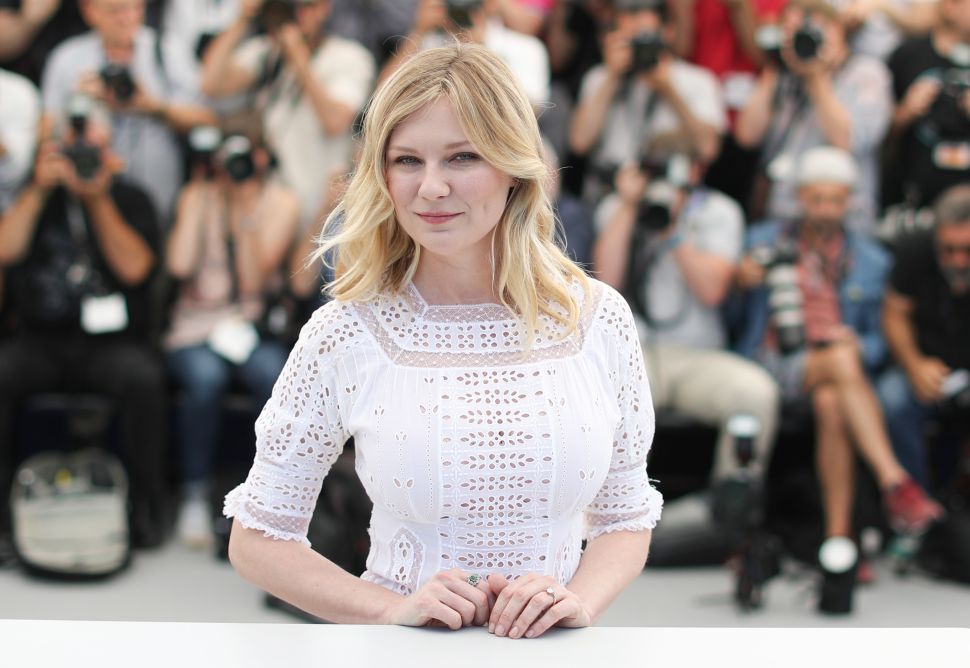