This Sunday, the royal wedding is finally upon us… unfortunately, not the real event quite yet (although May 19 will be here before you know it). To prepare for the big day, Lifetime, the channel behind classics like She’s Too Young, is bringing commoners the royal romance of their wildest fantasies—as long as their fantasies are rated PG-13.

Harry & Meghan: A Royal Romance is airing this Sunday at 8 p.m.

Spoiler Alert: This instant classic will not star corgis, although there was a Corgi Court held in the film’s honor.

There will be plenty of witty banter, a flashback featuring Princess Diana and a love scene that Kensington Palace was allegedly worried about. And of course, actors that don’t exactly look like the people they’re playing, so try your best to recognize Kate Middleton.

The trailer teases Markle, played by Parisa Fitz-Henley, in bed with Prince Harry, played by Murray Fraser, previously best known for appearing in one episode of Victoria. Luckily, Kensington Palace doesn’t have anything to worry about, at least according to Decider.

They caught the canoodling and declared it thoroughly PG-13, much like all Lifetime movies. A Sunday night royal romance isn’t exactly going to be the channel’s first foray into NC-17 territory.

There’s sure to be plenty of witty banter if the trailer is any indication.

Get ready for major flirtations, like when Meghan Markle asks Prince Harry, “So, what is it you do?” and he responds, “I’m kind of the Prince of England,” which certainly sounds better than saying he’s unemployed and lives at home, which is equally true.

An Appearance From Princess Diana in Flashback Form

Princess Diana appears in flashbacks, looking almost nothing like Princess Diana, despite a power suit and ’80s earrings.

A tiny Prince Harry is told “It’s OK to be naughty sometimes, just as long as you don’t get caught,” by his mother. And later in the movie, his mother’s death inspires Prince Harry to attempt to protect Markle from the paparazzi, which notoriously led to issuing a statement about her to the press.

A Look at Prince Harry’s Partying

There’s going to be lots of drinking and partying, but no word yet on whether they’ll delve into his regrettable Nazi costume or his Las Vegas hijinks.

Exclusive Footage of Their First Date

On their blind date (at least in the movie), Prince Harry enlists one of his staff members to help him escape if it goes bad, telling him “London bridge is falling down,” which isn’t even a good way to get out of Tinder dates.

Hopefully, Prince Harry didn’t use this line in real life or on any of his many, many previous dates 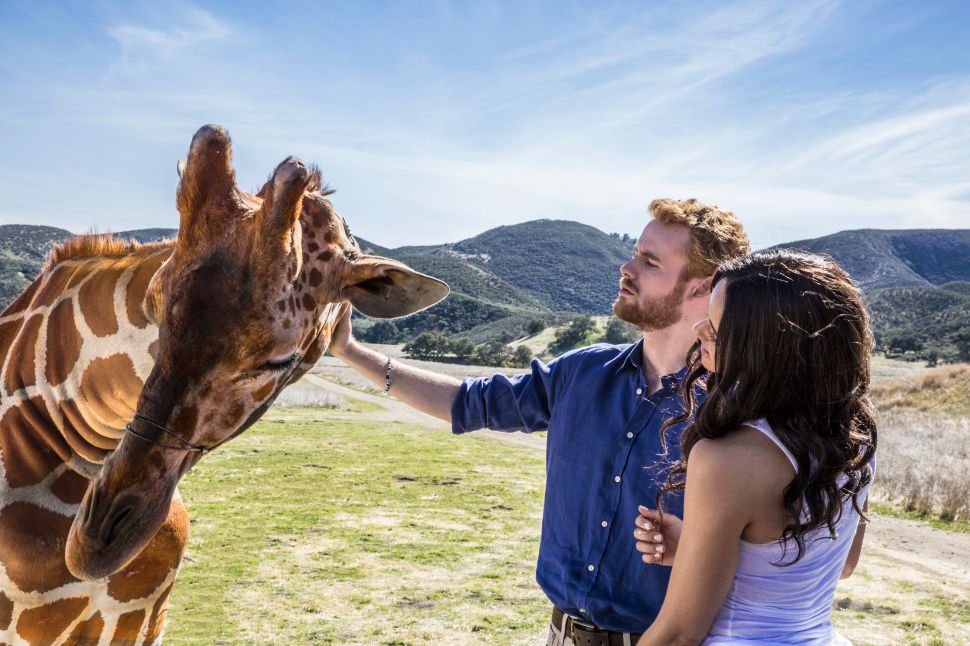