When searching for aesthetically driven cannabis-related products, whether that be paraphernalia, CBD edibles, skincare or other lifestyle accoutrements, modern stoners don’t have to look far. Ceramicists Like Yew Yew, Summerland, Stonedware or Gatorbeug cater to a set of like-minded smokers who enjoy lighting up and just might Instagram their new favorite bowl—but only if it looks cute in a flat lay on their marble countertop.

At the same time, there’s another set of creatives in this landscape making more than just pretty pipes. Digital and print publications are bringing awareness and recognition to the “neo-smoker”—people who wouldn’t necessarily call themselves stoners, but view cannabis as a regular aspect of their multi-faceted lives. The goal for these editors and publishers, who are editorializing marijuana within their glossy pages, is to continue to destigmatize consumption.

“I still have friends that say, ‘Oh wow, working in cannabis could be a risk.’ But the amount of people who feel that way compared to 18 months ago is night and day,” said David Weiner, co-founder of Gossamer, a publication that views art, design and culture “through a green lens.”

Weiner, alongside co-founder Verena von Pfetten, are creating stories “for people who also smoke weed.” That translates to features like the deep musing they recently published on doctors’ office art, and a profile on Bonobos’ editorial director, John Jannuzzi, who has a side hustle as a baker. The only mention of weed in the latter article?

“I get asked a lot about making weed cookies, and it’s definitely something that’s been on my mind,” Jannuzzi says.

One of @doan_ly’s amazing photos from @alexandra_ilyashov’s feature on the weird, wild world of fake food. Check out Volume One to see more!

What Weiner and von Pfetten, have in common with a lot of their peers is the desire to do something that generates a deeper conversation in the weed community. Take Anja Charbonneau, editor-in-chief of Broccoli, for example. Her cannabis lifestyle magazine is created by and for women, so naturally, gender equality is a big part of her bottom line.

“People are really inspired by what they’re hearing about the impact women are going to have on the legal [weed] industry. They want to know how they can contribute to positive growth and share with other women who might need it,” remarked Charbonneau. But Broccoli is hardly the only toker-friendly publication that’s catering to female smokers.

Interestingly enough, the marijuana industry boasts higher average rates of female leadership than other lines of business in the U.S. According to a 2017 survey from Marijuana Business Daily, 27 percent of executive-level roles are held by females in the cannabis industry, which is down from 36 percent in the previous year. Despite the seemingly low number and the recent dip, it’s still higher than the national average of 23 percent of females in these top positions.

Anna Duckworth was previously the head of content at the disposable vape company Hmbltd (recently renamed dosist), where she championed for rewriting the narrative around women in cannabis. But she felt the need to take it one step further. So she launched Miss Grass with Kate Miller at the end of January. Alongside stories titled “Cannabis Etiquette, Not From Your Grandma” and “What Should I Smoke Before Sex?” Miss Grass serves as an elevated lifestyle shop for cannabis and good living.

how does cannabis play in your bedroom antics? 🤷‍♀️ we wanna know—TAKE our 🌱 + sex survey @ link in profile

These publications are offering content that speaks to a wide variety of readers. Beyond just discussing various strains of weed, they’re covering culture, fashion and art in the hope of attracting readers who might not subscribe to a cannabis lifestyle—giving them a reason to reconsider how they feel about the community. Gossamer’s newsletters have covered everything from the best beef jerky and fun new jigsaw puzzles, to conversations with creative types and what makes them tick. The magazine’s first print issue was just shipped. Broccoli includes feature interviews with women like Donisha Prendergast, the granddaughter of Rita and Bob Marley, as well as Mennlay Golokeh Aggrey, a leader in the cannabis industry and a creative consultant.

Charlotte Palermino and Marta Freedman of Nice Paper have embarked on a mission to “make weed as nice as you are.” They intend to make cannabis more normalized and accessible by creating original content and tackling a variety of different weed-related subjects in a soon-t0-launch newsletter. “In the future, we also want to help create nicer brands—what we saw in the space wasn’t anything that spoke to us, and we want to help brands navigate the content landscape because federally, brands cannot advertise,” explained Palermino.

The pair behind Nice Paper believe that the key to nationwide legalization is through content—and they aim to further the conversation by helping brands with PR placement and social media presence.

Contrary to what the public might believe, these creatives-turned-cannabis-cheerleaders are progressing a movement. They’re not just trying to print a pretty picture or make a buck; they want to create a more inclusive and welcoming community. They also want to crack down on the people who have taken advantage of the industry for so long. Gossamer sees the opportunity to be at the forefront of an opportunity and help build up an existing culture. But with that said, Weiner is careful not to ignore the less savory side of the industry.

“There has been a thriving marketplace to entrap and ensnare people of color,” noted Weiner, referencing the past 80 years in cannabis history. Of the recent boom in cannabis-related businesses, she pointed out, “a lot of these people are coming into a space, [ignoring] the fact that a lot of other people who don’t look or sound like them have been locked up for years for doing the exact same thing.”

Clearly, the next big step is providing reliable information to the masses. “Education is super important to us—in order to elevate the conversation and rewrite the shameful narrative that cannabis has had, it is going to be rooted in educational content and we are really dedicated to that,” said Miss Grass’ Miller. Seems, as they progress, these rags intend to be shilling more than just fancy papers. 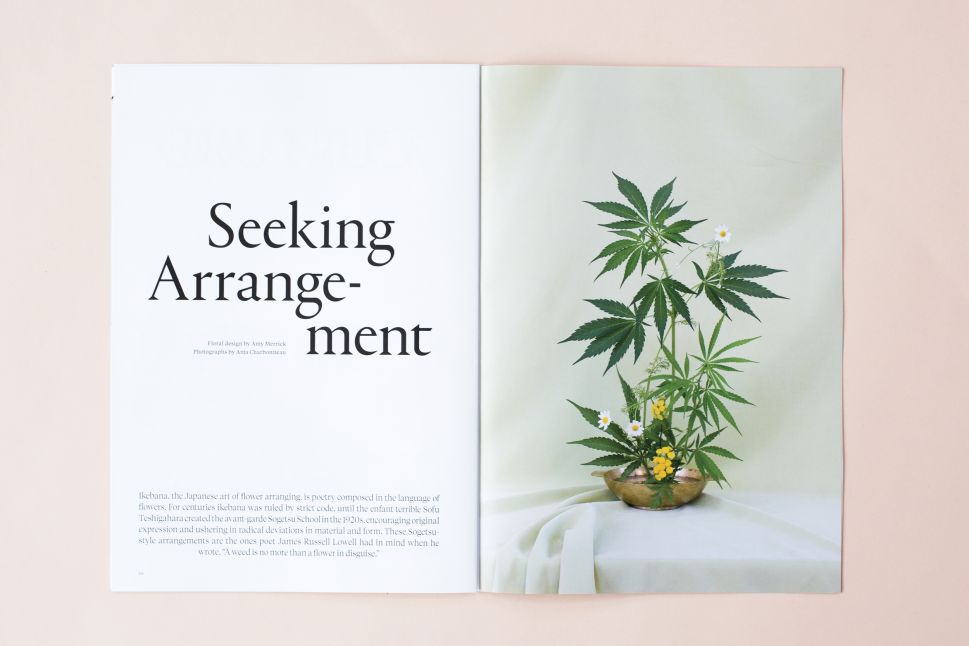