Chris Hughes, Mark Zuckerberg’s college roommate at Harvard who played a key role in building many of Facebook’s earliest products, has some advice for his old pal (who apparently is no longer friend with him on Facebook) on how to fix their college dorm startup that has now grown out of control.

Speaking at the 2018 Milken Institute Global Conference in Los Angeles on Monday, Hughes, 34, proposed the idea of a “data dividend,” in which Facebook pays its two billion users a fraction of its revenue as a reward for giving away their personal data.

No matter how Zuckerberg sees it, there’s no denying that Facebook has formed a monopoly around social media and therefore its advertising, which basically accounts for all of Facebook’s profit. Too much profit, probably.

“So much power has been concentrated at Facebook—and Google—that the biggest, most talented advertisers and marketers have next to no leverages. That should make anybody who believes in the free market and the virtue of competition very uncomfortable,” Hughes said.

Not foreseeing any possibility for Facebook’s dominance to reverse, Hughes suggests that, instead of challenging its monopoly position, it would be easier to urge Facebook to act like a monopoly with a conscience. It can still make money by selling access to personal data to advertisers, but the reward to users who provide the data should be a little more than simply access to Facebook.

“The margins of businesses like Facebook are through the roof. And the CEO is just saying, ‘Oh, but you get to use the service for free.’ In reality, all of that data is not only valuable now, but, with coming artificial intelligence, can be even more valuable in the future,” he explained.

“That’s why I think more people should be talking about some kind of data dividend, some kind of sovereign wealth fund that is capitalized from companies that make enormous historic profits off of consumer data, then cuts a check—maybe a five percent royalty of the companies’ revenues that go into the fund—to each American to make sure that everybody shares an upside of this,” Hughes continued.

The underlying logic is that user data is like commodities, an analogy increasingly used by people working in the data analytics field, and therefore should be treated as such. Hughes said the “dividend” idea had proven to be successful in the oil industry.

In Alaska, the state government runs an investment fund called the Alaska Permanent Fund, which collects money from the state’s oil revenue with a goal of setting aside at least 25 percent of the money for current and future generations of Alaskans. The Permanent Fund was set up as an investment vehicle to maintain this goal in perpetuity.

“Data is the common wealth that we are all creating for the future’s interest. So we should tie our economic outcomes to it, so that it’s not just a few people who get extremely lucky and fortunate like myself,” Hughes said.

Hughes left Facebook in 2007. But his ownership in Facebook was worth $500 million when the company went public in 2012. Provided that his hasn’t cashed out any Facebook stock, his share would be worth $15 billion today. 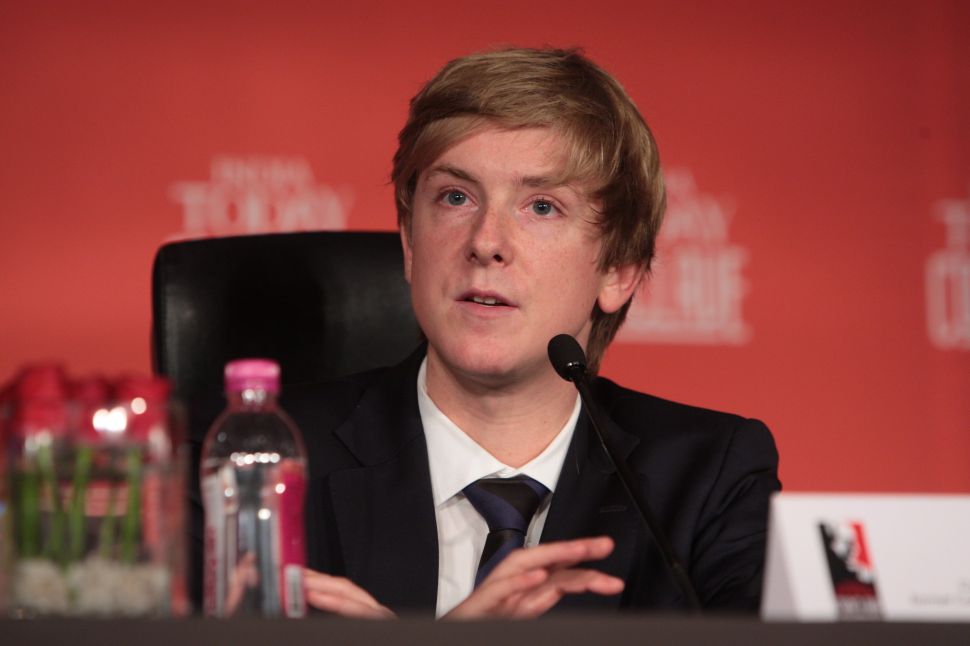