McDonald’s isn’t ready to part ways with plastic straws yet.

At the fast food chain’s shareholder meeting on Thursday, over 90 percent of McDonald’s shareholders voted against a proposal to stop offering plastic straws at over 14,000 U.S. locations.

Only 7.7 percent voted for the petition, which was drafted by global environmentalist group SumOfUs. The organization started working on the petition about a year ago and presented it to McDonald’s in December 2017. By the time of the shareholder meeting, the petition had collected over 480,000 signatures.

But McDonald’s board of directors opposed the idea, arguing that ditching plastic straws would unnecessarily divert money from other environmental initiatives currently underway, The Orange County Register reported earlier this month.

“We continue to work to find a more sustainable solution for plastic straws globally,” McDonald’s said in a statement on Monday. “In the meantime, we have adopted compostable straws in certain markets to meet regulations while we work with packaging experts to develop a planet-friendly, cost-effective answer for all McDonald’s restaurants.”

Earlier this year, McDonald’s announced it would replace plastic straws with paper ones in the U.K. and select locations in Belgium. In addition to phasing out plastic, these stores will only offer straws upon request. Customers will have to ask for one rather than picking one up from the front counter.

Although plastic straws account for a small fraction of total plastic waste generated by humans, they are more likely to be left out of recycling systems and pose a greater danger to marine animals than many other plastic products.

“Plastic straws add up tremendously,” said Sondhya Gupta, a senior campaign manager at SumOfUs. “The problem with straws is that they rarely end up in recycle bins. And because they are small and light, they blow around quickly into our oceans and waterways, and can get picked up by turtles and seabirds.”

“Another issue is that people have been using exponentially more plastic straws over the years. It has become so common. But, while some people need to drink with a straw, most people don’t,” she added.

Americans use around 500 million plastic straws every day, according to data compiled by Better Alternatives Now List 2.0. McDonald’s is the second largest producer of straw waste, second only to Starbucks.

Although SumOfUs hasn’t attacked Starbucks’ plastic straw use yet, Gupta said it has been working with other environmental organizations to urge Starbucks to produce fully recyclable cups. Because cups are a headline item in the coffee shop industry, hopes are that the Starbucks advocacy would bring more coffee chains to reduce their plastic footprints, including straws, Gupta said. 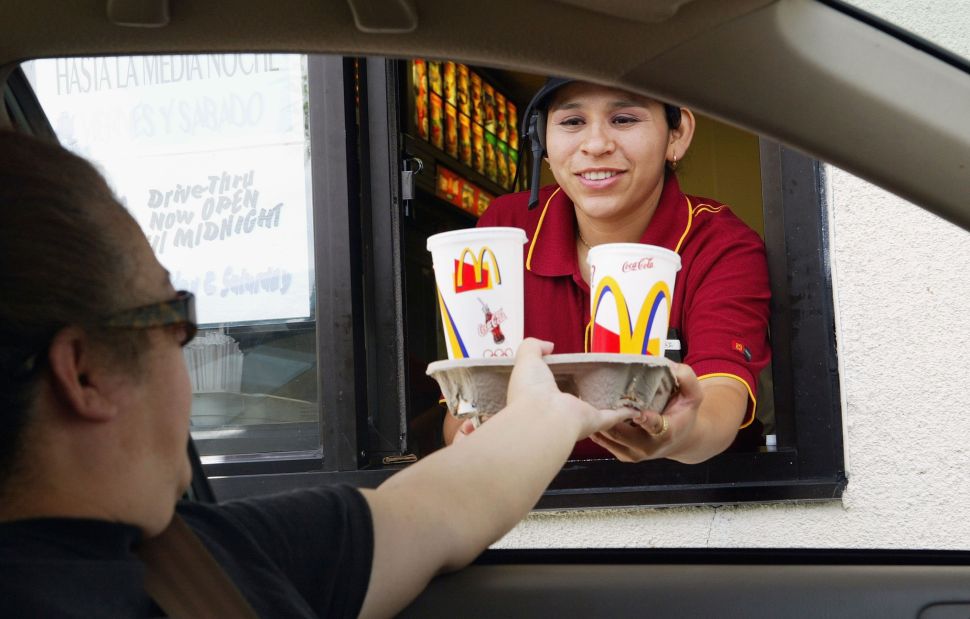