When Meghan Markle was planning her wedding to Prince Harry, it was reported that she was undergoing “princess lessons.” Now, it’s come out that she’s not done having a Princess Diaries moment; she’s spending the next six months settling into her life as a Duchess with extensive etiquette lessons, courtesy of a close companion to Queen Elizabeth.

Queen Elizabeth has gifted Markle with her special adviser to learn how to be an “effective royal,” according to The Daily Mail. Queen E and Markle have gotten quite close, thanks to their shared love of animals. The Queen even commuted with Markle’s rescue dog, Guy, on the way to the royal wedding. So it makes sense that she would give her something special as a wedding present, although a personal aide isn’t as glamorous as a country home.

The Queen’s aide is Samantha Cohen, nicknamed “Samantha the Panther,” and she’s acting as an interim private secretary to the new Duke and Duchess of Sussex. She’s going to be lecturing the Duchess of Sussex for the next six months, teaching her how to be an ideal member of the royal family. Cohen will mentor Markle while she travels with Prince Harry supporting various charities.

Introducing The Duchess of Sussex’s Coat of Arms. Follow our Story to find out more.

Perhaps Cohen helped Markle pick out her brand new coat of arms, which was revealed this morning and looks like it should be on the cover of a Young Adult book about royal romance. It was inspired by the California coast, which is Markle’s home state.

While we’ll never know exactly what Cohen is instructing Markle on, it’s certain that she’ll perfect the royal rules. And now, she’ll definitely know who to curtsy to. 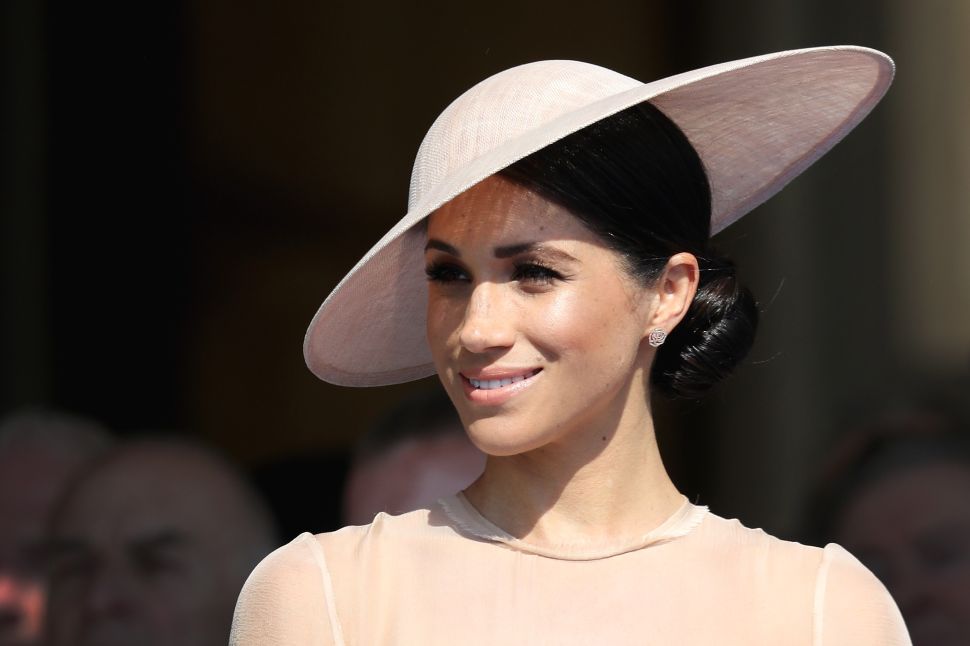