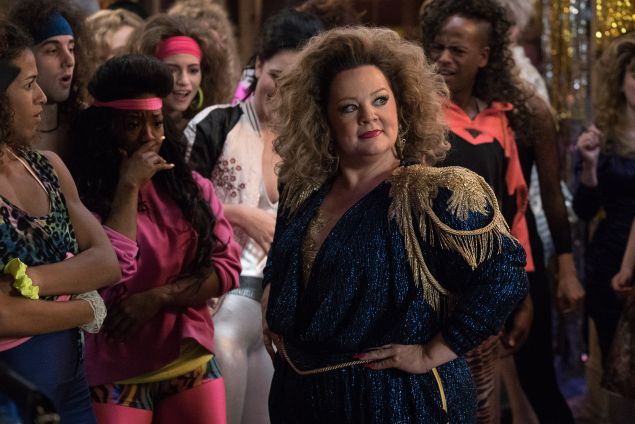 Life of the Party. Warner Bros.

In Life of the Party, Melissa McCarthy ostensibly plays a character named Deanna Miles, aka Dee-Dee or Dee-Rock. In truth, Deanna is less a character than a collection of unrelated traits strung together to shuttle McCarthy between the physically comic circumstances we have come to rely on from the actor. She generally delivers in any situation where she’s supposed to, say, tumble from a lectern, squeal in pain from the slam of sorority paddle, or angrily flip over a wedding cake. But because the character is less believable than many the actress successfully conveys in three-minute SNL sketches, it increasingly undercuts the fun of each successive bit.

She begins the movie in clueless appliqué sweater and satellite-dish-sized glasses. It’s an archetype McCarthy already sent up in 2015’s Spy, a much funnier and more inventive film. But faster than you can say “Rodney Dangerfield,” Deanna is headed back to college after her husband (Matt Walsh) divorces her without warning. Removal of the specs and a quick brush out of the mom perm is apparently enough to transform her, a la Sandy in Grease, into a party animal ready to grind on the dance floor with a cute frat brother. (One gets the sense that the film portrays Greek life largely as an innocuous bastion of party shenanigans chiefly because the truth would force it to consider ideas too complex for its scope.)

Deanna is wildly outgoing when it’s needed for one comic set piece—a funny dance battle at an ’80s themed party where she’s dressed as Dynasty’s Alexis Carrington—and painfully shy moments later. (That would be during a sweat-soaked in-class presentation that causes her to pass out.) Because Deanna has no center, McCarthy’s comedy, even at its most expert, comes off as both unearned and ungrounded.

The young women surrounding her—including her daughter Maddie, played by Animal Kingdom‘s Molly Gordon—have similarly vacant inner lives. They are given a scant few seconds to air personal dilemmas before those troubles are pushed aside and they move on to another soiree to get “jackhammer blasted.” (Occasionally the film’s dialogue sounds like it was written by a 42-year-old narc trying to infiltrate a middle school drug ring.) The women’s adventures are dressed up in meme-friendly feminist affirmations that feel particularly hollow given the film’s general disinterest in giving its talented young female cast much of anything to do.

The film—the third resulting from the partnership between McCarthy and her writer-director husband Ben Falcone—dispatches some genuinely funny comic moments from its title character, particularly during the rare instances in which McCarthy is teamed with her Bridesmaid‘s costar Maya Rudolph. (A comedy Howitzer, Rudolph’s appearances make up in volume what they lack in frequency.) But this turns out to be a liability as much as an asset. Falcone and McCarthy seem so concerned with delivering on their audience’s pratfall assumptions that they never allow McCarthy to expand her capabilities in any meaningful way. Like students suffering with senioritis, the pair are content to barely meet expectations, leaving the rest of us wishing for what might have been. 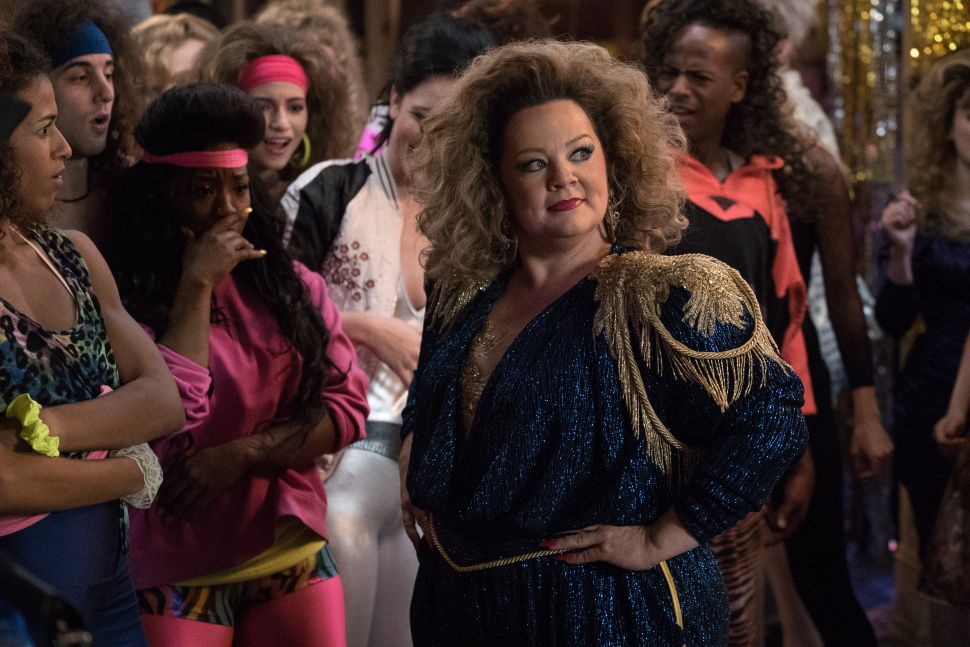