When politicians combine humor with social media, the results typically rank anywhere from cringeworthy to terrifying.

On May 8, however, the unlikeliest of unlikely heroes provided D.C. Twitter life support.

“Thanks for playing, Don,” read the caption as a smug McConnell stood splattered in cocaine.

Blankenship had given McConnell the Trumpian nickname “Cocaine Mitch” in reference to a 2014 scandal in which drugs were found aboard a vessel owned by his wife’s company.

“I enjoyed it, actually,” McConnell said of the viral tweet in an interview with POLITICO on Thursday. “It sorta softened my image, don’t you think?”

McConnell is optimistic for a Republican victory in the state, despite Blankenship’s planned third-party bid. Still, other parts of the electoral map have sparked anxiety.

“It’s very much in play. If you look at history, it’s pretty clear that two years into any new administration is dicey territory for the party of the president. I don’t think this year will be any different. The wind is going to be in our face,” McConnell said. “We have three vulnerabilities: Arizona, Nevada and Tennessee.”

Correction: An earlier version of this article misused the term felon when referring to Don Blankenship. It has since been corrected to reflect that his charges were for a misdemeanor. 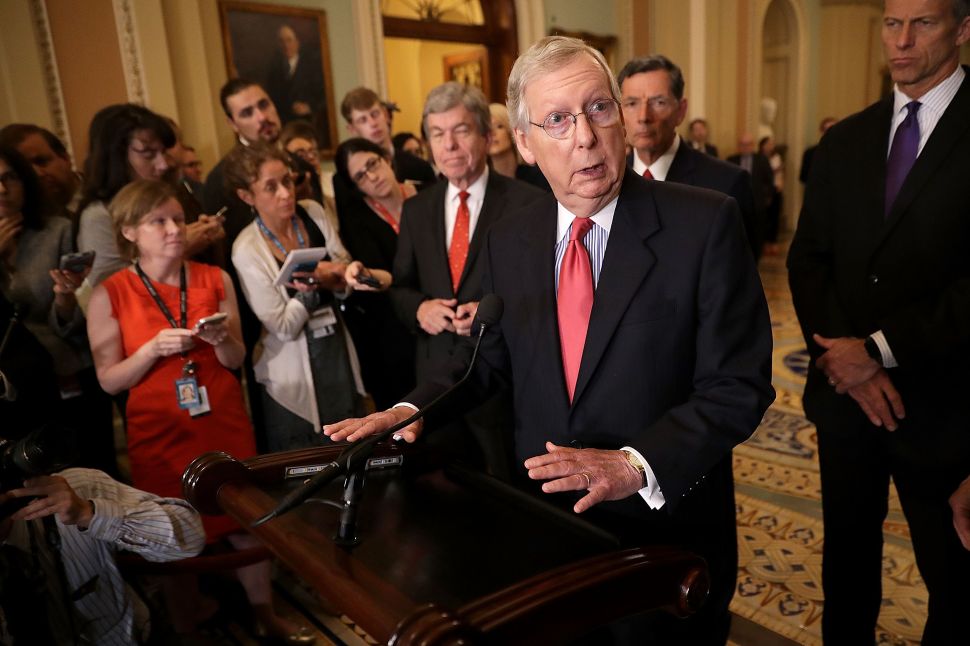