Bad Samaritan is a well-directed thriller with knuckle-chewing suspense. A cast of unknowns give some first-rate performances, doing everything right to milk the throb of panic and anxiety from “what would I do?” situations. Terror builds from start to finish.

Written with a keen skill for perfect cinematic timing by Brandon Boyce, who penned the terrifying and original 1998 film Apt Pupil, about a high school kid whose foolish attempt to blackmail an escaped Nazi war criminal hiding out in American suburbia leads to consequences of near-fatal horror, Bad Samaritan has a similar premise: how bad timing and poor judgments can lead to life-threatening dangers when least expected.

This time, two thieves who work as valet parking attendants in a posh restaurant in Portland, Oregon come up with what they think is a clever ruse to rob their customers’ homes while they’re dining. Director Dean Devlin (Independence Day) wastes no time plunging you into the eye of the hurricane to come. The opening scene, in flashback, shows a young boy whipping a beautiful horse to the ground and then shooting it dead. It takes most of the movie’s running time to reveal who that boy was, why he did what he did, and what relevance it has to the present day.

Meanwhile, the narrative centers on Sean (Robert Sheehan), less a crook than a likeable time-waster who drives his parents wild with his lack of drive and ambition. One night, after a particularly rich and arrogant customer hands him the keys to his shining Maserati, his partner in mischief Derek (Carlito Olivero) stands guard with a smart phone while Sean zips off to the man’s house to lift whatever easy valuables might be lying around. When he reaches the address, what he finds is a bound, gagged and battered girl held captive and chained like an animal. Before he can help her, Derek sends an S.O.S. Warning him that their victim has finished his meal prematurely and is waiting for his car. Stricken with fear and panic, Sean leaves the girl behind and flees, promising to return, but when he does, he finds nothing amiss and the victim gone. He calls 911 in distress, but through a device inserted under his fender, the psychopath tracks his every move.

From that point forward, it’s one disaster after another. His car is wrecked. Nude photos of his girlfriend are posted on every computer in her school. Nobody involved believes him, including the police, but everyone Sean knows ends up dead or hospitalized. A hair-raising game of cat and mouse ensues at full throttle between a boy who made a mistake and a guileless, amoral, fearless and totally insane homicidal maniac named Cale with deep pockets and an advanced knowledge of technology. He turns out to be the boy in the mysterious prologue, and his horse was only the first in a long line of executions worthy of a night at the Grand Guignol in Paris.

You can pick Bad Samaritan apart without much trouble, but you won’t be bored. I found it easy to identify with Sean’s dilemma, and feel the same cold sweat he did. But it is really the brilliant, demented villain played by David Tennant, (the Scottish-born actor and voiceover star you might remember from dozens of filmed Marvel comics, Harry Potter movies and the Doctor Who TV series) who steals the picture. Villains usually do, and Mr. Tennant is one villain you’d like to get to know better. 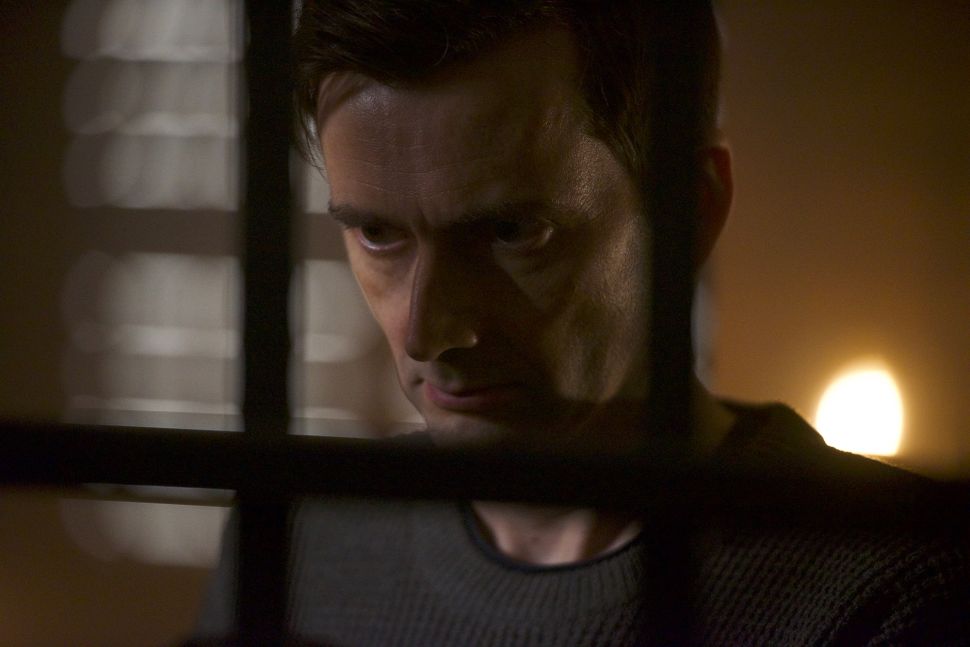