After her soaring Oscar-nominated triumph in I, Tonya, following up with a dog as bad as Terminal is a colossal career mistake for Margot Robbie. Assuming for a second that anyone will ever pay real money to see it, what they’ll get is a turgid, pretentious, and incomprehensible existential joke. What a star on the rise is doing in it is a question mark for the archives.

One minute she’s a waitress named Annie, serving sticky buns to a tubercular chain-smoking professor in an all-night diner called the End of the Line in a neon-lit train station. A minute later she’s a half-naked pole dancer with green lips in a strip joint called the Blonde Rabbit. Blink, and she’s a hired killer wearing a black Cleopatra wig who chains a victim to a bed for reasons never explained. All of the men who weave in and out of these fatuous fantasies are the customers in the cafe.

So we have a janitor, two assassins, and a dying schoolteacher, tortured and annihilated by Annie, who turns out to be a hired killer herself. You don’t know who anybody is or what they’re saying because 90 percent of the dialogue is incoherent gibberish like “Hello, handsome, dangerous men” and “Who says mystery is a lost art?” babbled in coal-miner accents and delivered in a monotone so low it can only be heard by field mice.

The whole thing takes place in a deserted train station, hence the title Terminal. The actors are so bad that never mentioning their names is an act of benevolence. The characters are dead on arrival, the pieces never connect. Which leaves the star trying vainly to act relevant, hamstrung by blank stares while puffing away on an endless array of lipstick-stained cigarettes. First-time writer-director Vaughn Stein is so inept that the movie is not so much directed as hallucinated. It is, frankly, unwatchable. 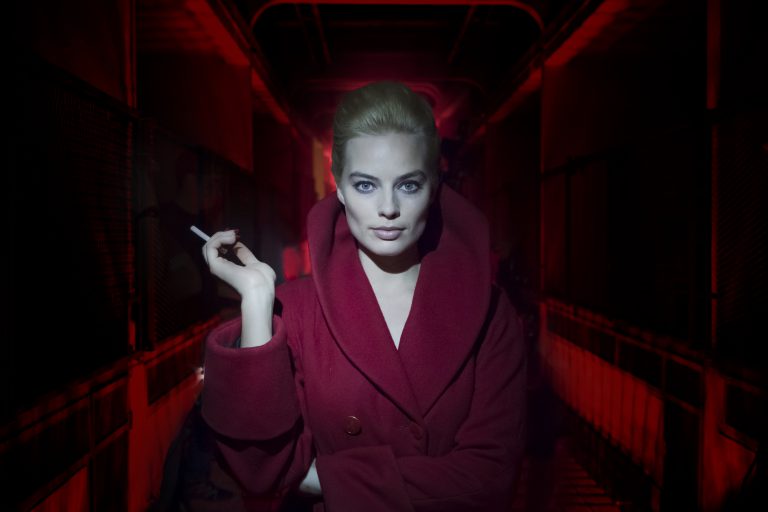