On Monday, Netflix announced that 13 Reasons Why, which drew considerable controversy during its breakout rookie season due to its stark depiction of suicide and sexual assault, will return for season two on May 18.

Shortly after it premiered last year, studies found a possible link between the series and increased Google searches for “how to commit suicide.”

Last Friday, Laura Dern’s The Tale, which was written and directed by Jennifer Fox and is based on her own life experiences in which a short story she wrote when she was 13 forces her to reevaluate a sexual relationship she had at the time, screened at the Tribeca Film Festival and is set to air on HBO on May 26.

Both projects have been met with critical praise—I’m still dwelling on The Tale several days after seeing it, it’s the kind of story that embeds itself in your soul—and both have been met with some skepticism due to their troubling subject matter, especially 13 Reasons Why.

But we need stories like this, we need controversy that brings forth the full range of value collected through varied meaning and interpretation.

There’s no doubt that controversial content like 13 Reasons Why and The Tale, which deals with sexual assault, suicide and more, is going to divide viewers. There’s no right or wrong when it comes to which side of the fence you plant yourself on. There’s merit in the concern over the potential link between Netflix’s buzzed-about drama and suicide and portraying a sexual relationship between minors and adults in an HBO film.

Viewers are going to fall on opposite ends of the spectrum and refuse to budge when it comes to both. It’s human nature to unrelentingly defend your position.

But overall, these types of entertainment present an opportunity to work through the most sincere and serious issues we have. Call it cultural catharsis.

We may not agree with one another, but there is immense value in the simple act of generating conversation. It won’t work for everyone, but it may bring some closer to the middle, or at least closer to partial understanding, while still sundering us into factions. These conversations may not look like much to an outside observer—we don’t exactly recommend strolling through online message boards—but they can help close political, religious, social and cultural divides.

Every inch counts when you’re looking for common ground.

Cultural studies scholar Stuart Hall first developed his encoding/decoding model of communication in the early 1970s. His essay offered a theoretical approach to how media is produced, disseminated and interpreted. It posits that viewers decode content based on their own background and experiences, finding and attaching meaning that makes sense to them. This runs counter to many other mass media theories that disempower the viewers, while Hall argues that we create our own significance in entertainment.

This idea promotes individual thinking, encouraging viewers to come to their own conclusions, which is good even if it leads to online Twitter spats over what is and isn’t appropriate for television. If anything, discussions about that very idea lead to a greater context and understanding of the term across cultures. You may not agree with what you hear, but simple awareness of alternative opinions is a step in the right direction.

I’m under no illusion that Netflix and HBO’s primary goal is to spread awareness of important issues rather than attract new subscribers (which there’s nothing wrong with). But regardless of their intentions, simply putting these pieces of entertainment out into the world leads to a greater exchange of ideas and values among those who debate the content.

I find it helpful and comforting on a cultural level to see suicide—which is the third-leading cause of death for people between the ages of 10 and 24—tackled so matter of factly, especially with the streamer putting a concerted effort into connecting viewers with prevention resources.

I think The Tale punctuates the point of the #MeToo movement, proving to be a timely reminder of the horrors that exist in the seemingly idyllic real world of suburbia (and elsewhere) and challenging us to be better as a society.

You may not agree and, if not, I’d be interested in learning why in a constructive and respectful conversation.

Controversy doesn’t always need to be synonymous with bad. Sometimes, it can be boundary-pushing in a developmental way that forces us to hash out unresolved ideas about right and wrong in a public forum. It is in that progressive arena in which polarizing content such as 13 Reasons Why and The Tale holds the most value. 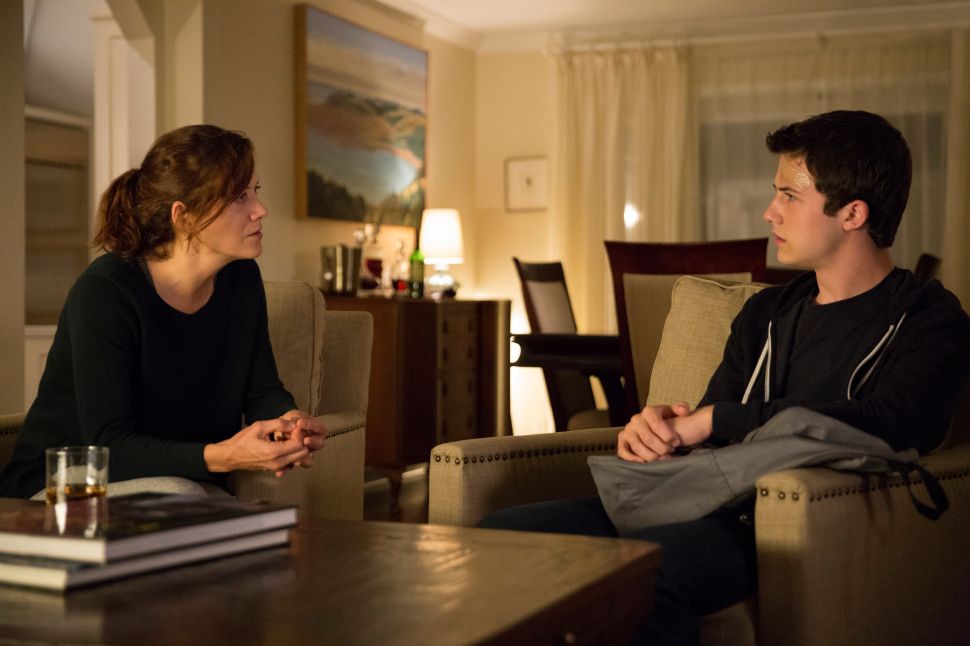