With a catalogue of caliphate promotional videos that have included a jihadist in a Nike swoosh shirt, a Pepsi machine in an ISIS office, and slow-motion terrorists piling into a pimped-out Kia, the Islamic State has underscored they’re really not into pious anti-West uber-orthodoxy—but they are into a larger recruitment pool seeking brotherhood without the extra homework. When they lured recruits with mountains of Snickers and Twix and promised pickles that “beat anything from Walmart,” the homey message was telling recruits to come raid their kitchen like part of the fam while they join their killing squad.

Terrorism today is reeling in recruits much like your average American street gang, targeting the adrift and giving them purpose for a price.

Look no further than the New Jersey terror boys club—Nader Saadeh, his brother Alaa Saadeh, Samuel Rahamin Topaz, Munther Omar Saleh and Fareed Mumuni, all in their early 20s at the time—who have been receiving sentences for their pleas connected to trying to join ISIS in 2015.

The Saadeh brothers’ parents had been deported from the U.S. for credit card fraud. The brothers lived for several years with a person who would eventually tip off the FBI about their troubling turn toward terror. As is characteristic with many terror suspects, they displayed a marked change in their degree of religious observance, and Nader Saadeh convinced Topaz to convert to Islam in his quest for purpose. The criminal complaint against Nader Saadeh said he regarded ISIS fighters as his brothers, and swore that the terror group didn’t abuse human rights during their iron-fisted occupations or when they burned a Jordanian pilot alive in a cage for the cameras. As someone yearning to be one of the bros, Saadeh took to Facebook to help spread ISIS’ pitch lines. The tipster said Nader became “withdrawn, rebellious, hostile and angry,” and secretive as the plan was hatched to run to ISIS turf.

But the group’s terror turn began before ISIS staked out their caliphate, indicating a problem deeper than one group. The words of late al-Qaeda recruiter Anwar al-Awlaki—who ironically led what could be considered gang diversion in San Diego youth programs such as soccer and paintball—caught Saadeh’s ear and inspired him to vow revenge for the New Mexican’s assassination in 2011. By 2013, the friends were discussing forming a “small army” to be prepared for the end of the world that Saadeh thought would be in two to three years. When ISIS busted a border the following year, the would-be terrorists found a home base for their cell—and at home, members of the gang discussed bombing the World Trade Center, Times Square, and the Vaughn College of Aeronautics and Technology in Queens.

Feel marginalized? Condescended to? Need some brothers but couldn’t get an offer during pledge week? The recruiters at the door may be especially sinister. The group dynamic of gangs has been defined as social categorization, social reward, interdependence, interaction, and influence. Terror groups have this lifecycle—and knowledge of what kind of recruit fits within—figured out.

These groups have mastered dangling their community of the jihad-minded as a substitute family for the vulnerable. Easily accessible social media networks and chat forums prey on young people, whether or not they’re even Muslim, and offer them an ideological home, loyal “brothers,” and a promise of paradise in exchange for supporting jihad and planning their own attack.

Some terrorists have had documented problems trying to fit in, especially in their high school and college years, stoking feelings of inadequacy and frustration that create a ripe target for terror recruiters. Homegrown terrorists have often shocked those around them who saw a person enmeshed in American culture. Boston Marathon bomber Dzhokhar Tsarnaev was a high school wrestling all-star who worked as a pool lifeguard, smoked pot, and listened to hip-hop. Ohio State ram-and-stabber Abdul Artan posted a selfie with Ronald McDonald. Chelsea and Seaside Park bomber Ahmad Khan Rahimi held rap battles for his high school pals at his family’s fried chicken restaurant. But that didn’t mean they were immune from the internal struggles that propel recruits to find reward, interdependence, interaction, and—ultimately, with their attacks—influence.

Crime mitigation strategies that help keep kids out of the Crips could help battle feelings of alienation or inadequacy that may lead recruits to find a substitute family with the “brothers” of ISIS or al-Qaeda. But as the New Jersey terror cadre reminds us, this recruitment problem stretches beyond a caliphate and threatens to reel in those happy to belong to the movement—as their turf is really a vast network of interconnected members gabbing on Telegram or meeting on the dark web, ready to assert power when the time is right. 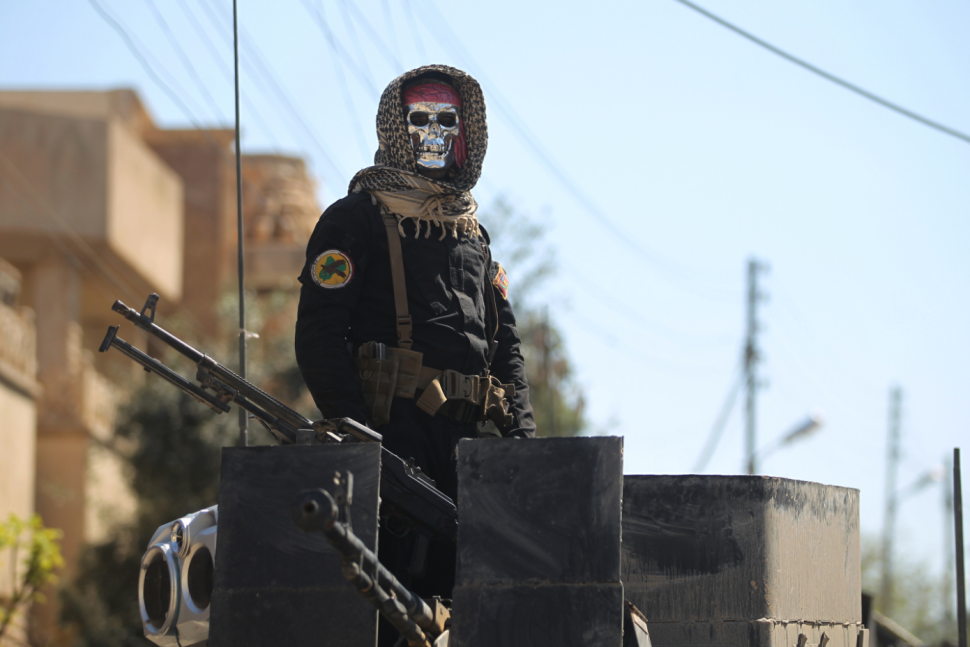