New Jersey lawmakers are once again trying to ban smoking on public beaches now that Phil Murphy is in the governor’s office instead of Chris Christie.

Senate President Steve Sweeney and Sen. Bob Smith introduced a bill (S2534) on Thursday that would prohibit smoking on all county and municipal beaches. The bill advanced from the Senate Environment and Energy Committee by a 5-0 vote.

Smoking on state beaches is already prohibited under a bill signed by Christie in 2016. But Christie, a Republican, vetoed efforts to ban smoking on county and municipal beaches as well, arguing the state should not impose its will on local governments.

Smith (D-Middlesex) said 18 beach towns already have smoking bans and said there is strong public support for a statewide ban. No one testified against the legislation on Thursday.

“This bill has been around for 300 years. It really is time to get smoking off the beaches,” Smith said.

Proponents of the bill said it would reduce exposure to secondhand smoke and keep the beaches clean.

“Cigarettes are a major source of litter and pollution, while also being a threat to public safety,” Jeff Tittel, director of the New Jersey Sierra Club, said in a statement. “They can be ingested by animals and marine life or even children playing in the sand or at the park.”

Smith said he expects Murphy, a Democrat, to sign the bill in its current form. A spokesman for the governor didn’t return a request for comment.

The legislation would allow local governments to set up smoking areas that could not exceed 15 percent of the total area of the beach.

Violators of the smoking ban would be fined $250 for their first offense, $500 for their second and $1,000 for subsequent offenses. 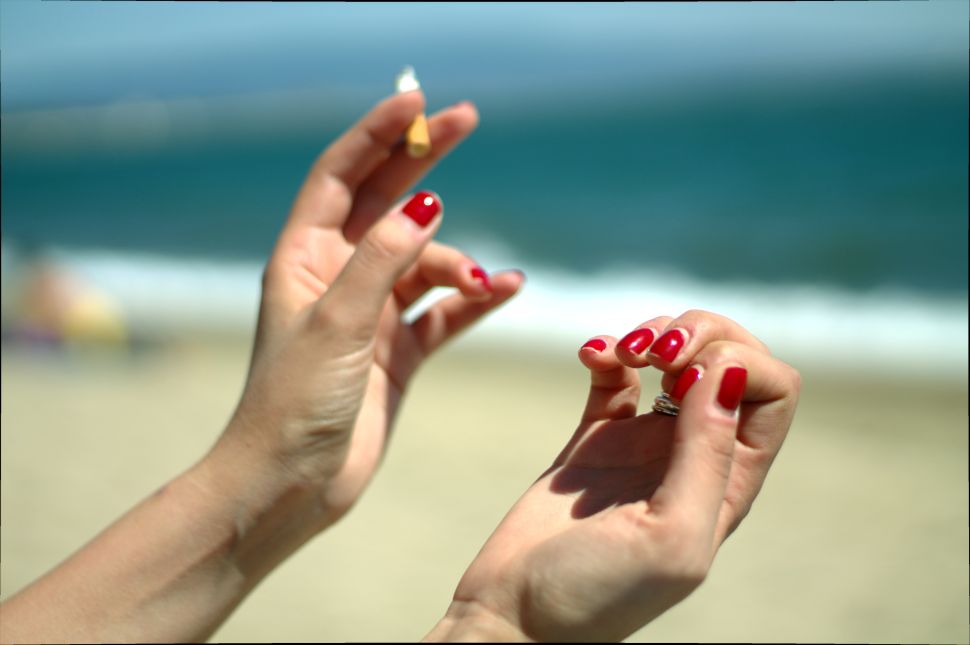