More than three-quarters of the firearms used in New Jersey gun crimes this year were purchased in other states, according to a report released Tuesday by the Department of Law and Public Safety.

The report, covering the first three months of 2018, found that 77 percent of the 542 traceable guns originated outside New Jersey, in many cases in states with weaker gun laws.

The data was published Tuesday along with separate reports on New Jersey gun violence during the month of April. The reports were the first published under an executive order signed by Gov. Phil Murphy, who said he wanted to draw attention to the gun crime statistics and “name and shame” states with lax gun laws.

“I’m sick of our mostly young people getting either wounded or killed by guns that are illegally trafficked into New Jersey,” Murphy said during an event in Hackensack highlighting the reports. “I suspect we’re all bonded together on that same anger and frustration. We’re not going to take it anymore.”

Many of the weapons came to New Jersey through the so-called “Iron Pipeline,” a route used to smuggle weapons from southern states to Mid-Atlantic states with stricter gun laws. Fifty-nine firearms were bought in Georgia, 58 came from North Carolina, 47 were purchased in Virginia, 42 originated in South Carolina and 24 were linked to Florida, according to the report.

Another 83 weapons crossed the Delaware River from Pennsylvania, the most of any state.

Murphy, who has emphasized a regional approach to combatting gun violence, said he is still figuring out what to do with the data. He said he’d seek to coordinate gun control efforts with like-minded states and said a recently formed regional coalition to address gun violence plans to meet Wednesday.

“This is a first step in making this data known publicly,” Murphy said. “How we massage it and use it and the next steps, we’re still also finding our way, particularly as it relates to other states.”

There were 93 shooting victims in April, including 17 who were murdered, according to one of the reports released on Tuesday.

Murphy, a Democrat who took office in January, has made gun control a top priority during the first few months of his administration.

On Monday, Murphy appointed Bill Castner, a top Horizon executive and former chief counsel to Gov. Jon Corzine, as senior advisor to the governor on firearms. In February, the governor formed a regional coalition with other states to address gun violence. And he has pledged to sign a six-bill gun control package that has passed the Assembly but still hasn’t seen a vote in the Senate. 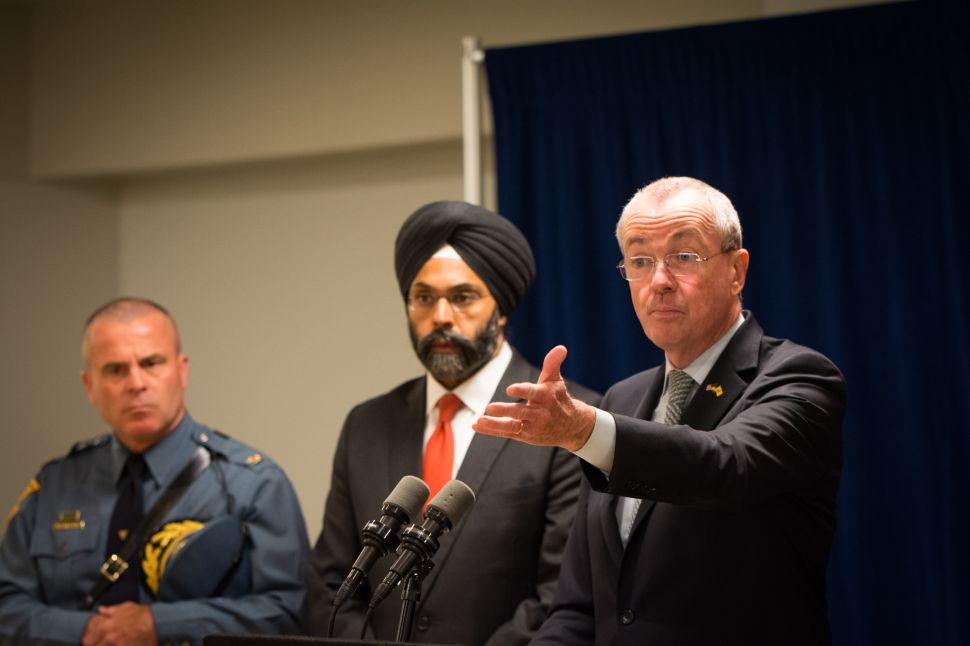