New York City is looking to get more minority- and women-owned businesses and enterprises (MWBEs) to team up to maximize their chances of scoring bigger contracts.

As part of the new phase of its work—the business development side—to get more contracts for MWBEs, the city is looking to create formal programs around joint ventures.

Under joint venture agreements, businesses enter a formal contract that states that two or more parties want to do business together for a specified period of time. Businesses can form joint ventures and define the terms of the contract on their own.

The Mayor’s Office of MWBEs told Observer it supports joint ventures—particularly for MWBEs—to help the firms compete against bigger firms. The city helps the businesses navigate the details of how joint ventures work and sometimes introduces them to firms in similar fields.

“All their unique skills, they’re bringing that to the table in collaboration,” Jonnel Doris, director of the MWBE office, told Observer. “They’re collaborating [on] both public and private projects. And we have known that joint ventures work, but we have not seen the level that we desire in the MWBE community.”

Doris gave an example of a joint venture women-owned firm that won a roughly $50 million contract in construction services.

“What we’re saying is that we know this work and if you guys come together, you can compete on these larger contracts,” he continued. “You pool resources, you pool expertise… we know that it can happen.”

In September 2016, Mayor Bill de Blasio announced a 30 percent MWBE participation goal to be met by 2021. He also set a goal of awarding $16 billion in contracts to MWBEs by 2025 and doubling the number of certified and re-certified MWBEs at the Department of Small Business Services (SBS) from 4,500 to 9,000.

The city said that when MWBEs are able to compete on larger contracts, they can work on more projects which subsequently leads to an increase in utilization.

One of the joint ventures is Queens Strategy Partners (QSP), a joint venture formed in August 2017 that focuses on a variety of work, including workforce training, business development and event planning.

The founding members said that when they first established their own businesses, the challenges they faced included being new to the industry, meeting and hiring the right people, access to capital and capacity.

Francilia Wilkins, CEO of R.F. Wilkins Consultants, a New York-based, MWBE-certified business development and management consulting firm and one of the four women who formed QSP, was a prime contractor for the city’s Department of Health and Mental Hygiene (DOHMH) for the development of the “Joy and Pain Mental Health” event this year.

“That’s when we kind of decided in that moment to say yes to each other and that was really big because you really see four African-American women,” Wilkins told Observer, referring to when they were first introduced. “We all had our established businesses. We did not know each other. We later found out that we had a lot of different connections.”

Recently, a bid came out for an SBS contract and the agency contacted Wilkins. She subsequently reached out to the other women to let them know that she was applying and asked if any of them were interested in partnering.

And QSP just had an initial conversation with AECOM, a multinational construction and engineering firm, about their work and the resources they can provide to AECOM.

Wilkins maintained the venture isn’t hurting her own business.

“As small businesses, we run into issues,” she continued. “A lot of times, you never wanna show your freckles. You never wanna show the things that may not be the greatest in your business and having a group of people to talk to and bounce ideas with, it’s just additional benefit.”

Nicole Valentine, CEO of Synergy Business Development Inc., a consulting firm, worked as a mentor and workshop facilitator for mentoring programs at SBS and the New York City School Construction Authority (SCA), as well as for a small business mentoring training program at the Metropolitan Transportation Authority (MTA).

“Every CEO has a strength,” Valentine said. “We came to the table. You would think there would be a lot of ego, you know—’I’m the boss, we’re all queens’—but what we saw was a bigger picture for our businesses, as well as a bigger picture for the impact that we can make in the MWBE space, in the small business space and in New York City and New York state.”

Danielle Douglas, president of Inspire Enterprises Inc., which combines seminars and programs, training, workshops and coaching to help entrepreneurs and businesses, told Observer she believed the sum “would be greater than our individual parts.” She has had contracts with SBS and DOHMH.

“I think we all have expertise in particular areas, and there are areas where we have synergy as well… that would enable us to really capitalize on bigger projects but also different projects, and it would force each of us to step out of our comfort zone as well and have the support of one another to be able to do that,” Douglas said.

Dr. Stacie N.C. Grant, president of C&G Enterprises Unlimited, which supports entrepreneurs and business professionals in areas such as  training and development, said they are setting an example for other MWBEs. She has not had any prime or subcontracts with the city and is in the process of getting her MWBE certification.

“Now we can truly be a model of what collaborative work and achievement really looks like and our desire to use this work to expand for those who are coming,” Grant said. 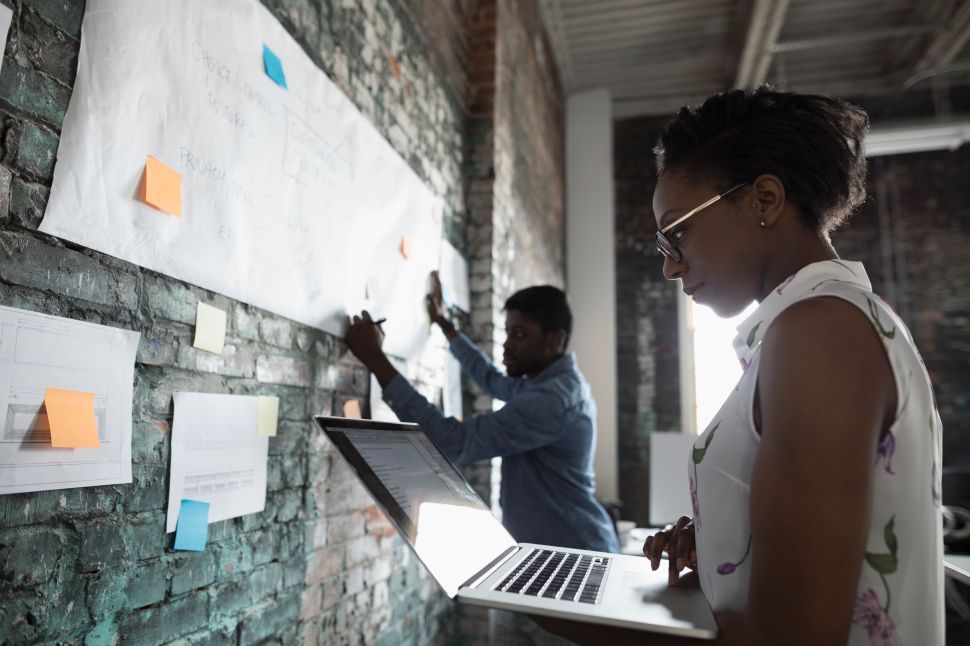