New Yorkers might have to start bringing their own straws to restaurants and bars if New York City decides to move forward with a plan to ban the use of plastic straws in food and beverage service establishments.

Under the legislation, introduced by Brooklyn Councilman Rafael Espinal last week, food and beverage service establishments will be prohibited from providing customers with single-use beverage straws or beverage stirrers that are made out of plastic or any non-biodegradable material. The bill make exceptions for individuals who need a straw due to a disability or a medical condition.

For the first two years after the bill goes into effect, the city would issue warnings and informational materials instead of penalties. After that time period, establishments would face a penalty of $100 for the first violation and $400 for the second, third and fourth violations. The money collected from the penalties would be put into the city’s general fund.

“Studies are showing that if we don’t reduce our use of plastic—especially single-use plastic—then we will have more plastic floating in the ocean than we have fish swimming in it by 2050,” Espinal told Observer.

Espinal, who plans to hold a hearing on the legislation some time this summer, noted that plastic straws are among the many single-use plastics that are neither recyclable nor reusable. And oftentimes, he explained, consumers are given straws but don’t even use them.

“It’s a huge waste problem and it’s a huge environmental concern because of the impact that plastic does have on our environment,” he continued. “So this is an easy switch or adjustment or habit that we can all take to make sure that we’re not contributing to the overall plastic problem in our oceans.”

Indeed, he says that cleanups held throughout the United States and around the world have concluded that plastic straws are one of the top 10 plastic items found in the ocean.

And while he could not provide the exact number of straws that are handed out in food and beverage service establishments citywide, Espinal noted that one venue in Brooklyn was handing out 1.5 million straws a year but eventually decreased that number by 1.2 million once it adopted a practice of handing out straws only if the consumer requested them.

“I think that the first course of action we have to do is to kick the habit of sucking from a straw,” Espinal added.

And he said estimates show that nationwide, 500 million straws are used per day.

He said he has not seen much opposition to the proposed ban so far, noting that the business community’s response has been “overwhelmingly positive” and that many businesses have signed a pledge to shift away from handing out plastic straws—even without a formal law in effect prohibiting them from doing so.

“There’s an overall consciousness of the waste that is being produced by handing straws to consumers,” Espinal argued.

Last week, Mayor Bill de Blasio said that he has not yet reviewed the bill but that he supports the idea.

“The Mayor is focused on banning single-use plastic bags to reduce plastic waste, help protect the environment and benefit New Yorkers,” Seth Stein, a mayoral spokesman, said in a statement. “We will review this legislation as it moves through the legislative process.”

Every year, roughly 100,000 marine creatures die from plastic entanglement in addition to one million seabirds. Plastic straws are among the most common litter found on beaches and in oceans but are also the easiest plastic to replace, according to Espinal.

He told Observer individuals who wish to continue using straws could turn to alternatives to plastic straws made of paper, bamboo, metal, glass, pasta and aluminum.

A coalition of advocates such as the Wildlife Conservation Society led the “Give a Sip” public campaign to raise awareness about the proposed plastic straw ban. In the city, more than 65 partners signed onto the campaign, including restaurants such as the Pier A, Gramercy Tavern and Freehold in Brooklyn.

Seattle has implemented a ban on plastic straws, which goes into effect July 2018, but the city has already been able to remove 2.3 million single-use plastic straws through it’s Strawless in Seattle campaign. And California is currently weighing statewide action.

The movement has also spread across the globe. In April, Theresa May, prime minister of the United Kingdom, announced a ban on the sale of plastic straws, stirrers and cotton swabs. May also directed the 52 Commonwealth nations to adopt similar measures.

And in February, Taiwan announced a ban on single-use plastic bags, straws and cups.

New Yorkers expressed enthusiasm over a plastic straw ban, pointing to the benefits for the environment and the need to reduce plastic use overall.

Manhattan resident Kristen Bark, 31, told Observer she would “love” a plastic straw ban, noting that the amount of waste that plastic straws produce is “astronomical.”

“I think that would really decrease the amount of pollution we have… in New York City, as well as nationwide, and on a more aesthetic level, I think it would create a nicer dining experience,” Bark said.

Brooklyn resident Sarah Trager, 30, also said she supports a ban on the single-use of plastic straws, arguing that it would help achieve sustainability.

This story has been updated to include a statement from the mayor’s office. 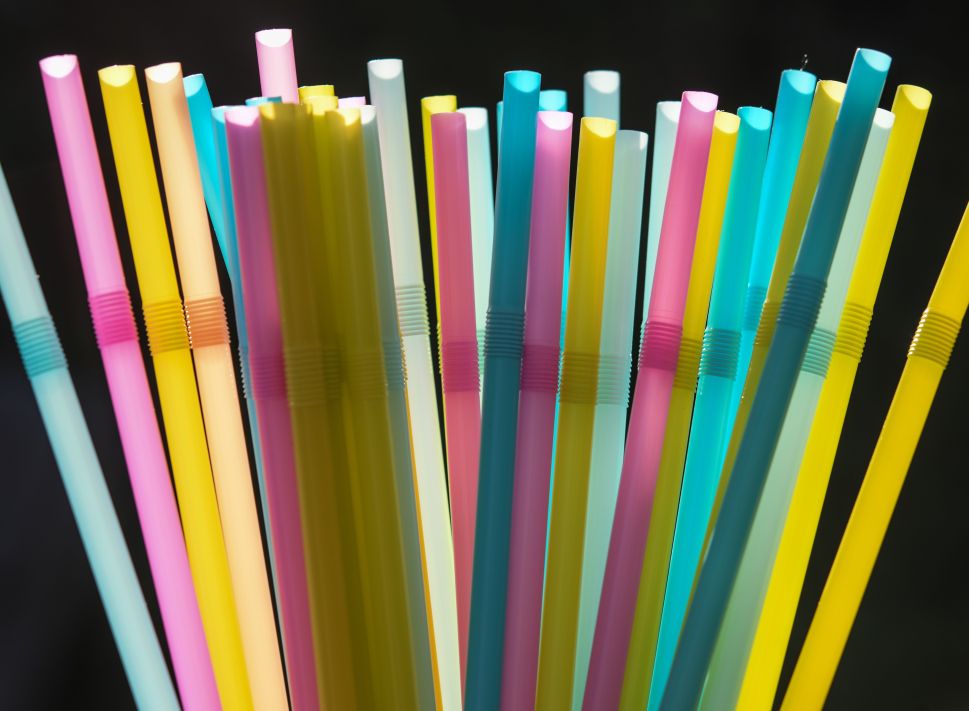