Apparently you can be the subject of a glossy profile in The New York Times and still be an oppressed minority.

Social media was abuzz Tuesday morning about “The Renegades of the Intellectual Dark Web,” a deep dive into the “alliance of heretics” in the conservative movement. The story was written by Bari Weiss, an editor for the Gray Lady’s opinion section.

Weiss describes this “Dark Web” as “a collection of iconoclastic thinkers, academic renegades and media personalities who are having a rolling conversation—on podcasts, YouTube and Twitter, and in sold-out auditoriums—that sound unlike anything else happening, at least publicly, in the culture right now.”

Shapiro left Breitbart in 2016 after it became “Trump’s personal Pravda” in his words. Because of this, he became the most frequent target of anti-Semitic tweets during the presidential election, according to the Anti-Defamation League.

Other members of the dark web also paid political costs but were eventually able to find an audience—episodes of Rogan’s YouTube show get more than a million views. And even Shapiro has recovered—his podcast is downloaded 15 million times a month.

So while these intellectuals may not be household names, their views definitely aren’t being suppressed. Or so you would think.

“We’re just a crew of people trying to have the kind of important conversations that the mainstream won’t,” commentator Dave Rubin told the Times.

Weiss herself editorialized that members of the dark web are “largely locked out of legacy outlets.”

That argument would hold more if Weiss wasn’t writing for The New York Times, widely considered the nation’s newspaper of record. The intellectual dark web can’t be too locked out of the discourse if its members receive puffed-up profiles and glossy photo treatments.

Many people on Twitter also commented on the absurdity of Weiss’ argument, given the outlet for which it was made.

anyway this is completely besides the point but the dark web analogy doesn't actually…. make sense? all these people are known and very publicly and loudly disseminating their ideas

here's the deal, in exchange for getting a cushy job as an editor at the NYT you no longer get to do the WHY IS NO ONE IN THE MEDIA TALKING ABOUT THIS schtick. That's not a thing youre allowed to do anymore when you literally decide what's published at the New York goddamn Times.

Oh man, I wish my speech was so oppressed that I had to take a break from my college speaking tour and successful podcast to appear in a large article and pictorial in the New York Times about how my speech is being oppressed… 🙁

Bari Weiss' entire schtick is pretending that unseen forces are preventing her and those like her from making the exact arguments that she's making, right now, in the exact venue where she's making them, right now https://t.co/i3LdocWzSg

Even Weiss’ fellow Times op-ed columnists publicly (and hilariously) disagreed with the premise of her piece.

Until now, I didn't realize how oppressed I am. I mean, sure, I get to write for the Times, am very well paid, and am invited to speak to audiences all over the world. But sometimes people criticize me and my ideas. Why, it's positively Stalinist! https://t.co/zj9yBuZ0WI

This isn’t the first time Twitter’s hive mind has pounced on Weiss.

After figure skater Mirai Nagasu landed a triple axel in the Winter Olympics, Weiss tweeted “Immigrants: they get the job done”—a line from the Broadway musical Hamilton.

The only problem is, Nagasu was born in California. Many critics thought Weiss was implying that anyone who’s not white has to be an immigrant.

Weiss deleted the initial tweet but still bristled at being called a “racist ghoul.”

Weiss told Observer that she was “happy to let the piece speak for itself.”

Her situation calls to mind that of Kevin Williamson, a conservative columnist who was hired and then fired from The Atlantic last month after old tweets and audio surfaced in which he claimed women who have abortions should be hanged.

Williamson claimed that he was being silenced for his conservative views. But in the last month he’s written about his experience for the Washington Post, Wall Street Journal and Weekly Standard.

Because that’s the first sign of suppression: getting your views widely read in major media outlets. Maybe Williamson can hook up with Weiss and the Intellectual Dark Web and they can all cry together. 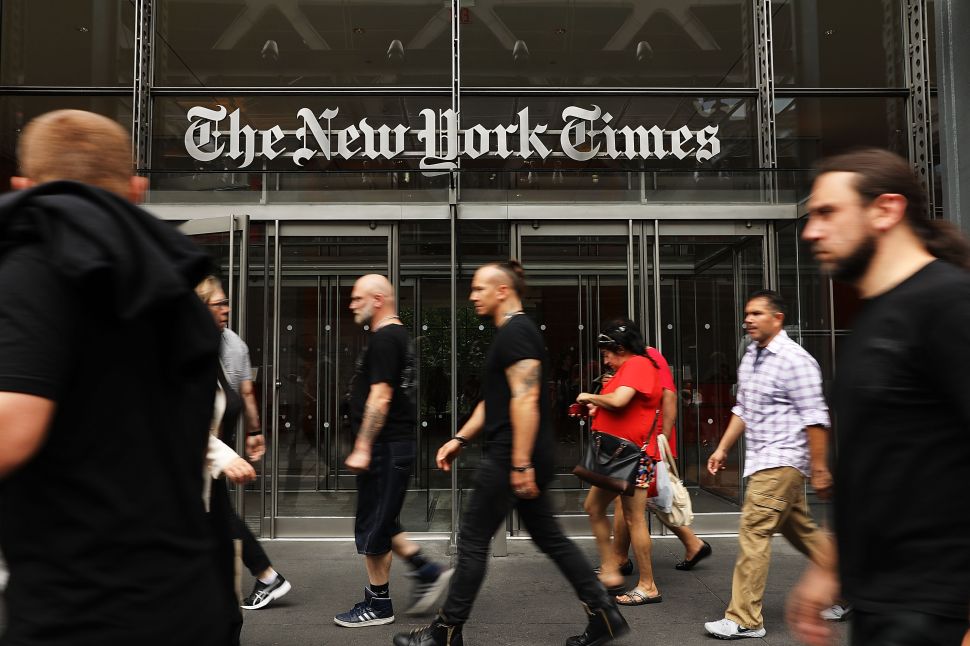