Schlossberg insulted and yelled at two women workers at the Fresh Kitchen in Midtown Manhattan for speaking Spanish and threatened to call U.S. Immigration and Customs Enforcement (ICE) on them, as first reported by Gothamist. Schlossberg is fluent in Spanish, conversational in French and has basic knowledge of Madarin Chinese and Hebrew.

A man named Edward Suazo posted a video of the incident on Facebook. Schlossberg has attended rallies in support of President Donald Trump.

The disgraced attorney took to Twitter to apologize for the incident.

The apology comes just four days after more than 300 angry New Yorkers and mariachis hosted a Latin Party outside Schlossberg’s apartment complex to protest his behavior. A mariachi band will also be playing outside his law office at some point in the near future.

Unofficial: DNC, one of the groups that organized the Latin Party, took the apology as a sign that their successful party—which went on for hours as police officers stood in front of the apartment complex’s entrance across the street—backed the lawyer into a corner.

“The mariachi got the job done!” the group posted on the event page on Tuesday afternoon. “He apologized. Young Progressives of America, Millennials For Revolution and The People For Bernie Sanders demand that he provide free legal services to undocumented immigrants, apologize in person to the workers and the ladies he insulted. What do you guys think?”

New Yorkers took to social media to let Schlossberg know that they do not accept his apology and that he is only apologizing because he was caught.

He insisted it is an exception – and that he isn't racist, but we now have over a dozen reports of him being racist all over New York – including here pic.twitter.com/HKuCiqGZAs

Aaron Schlossberg: I'm sorry I yelled my racist beliefs in public, instead of doing so in a more palatable manner. Next time I threaten to call ICE, I'll make sure to use my indoor voice and not use obscenities. BTW, I'm not racist! https://t.co/NgsHW72gOQ

. Translation: "I'm sorry people who know what a racist dick I am were able to ID me. I got booted from my office and I'm afraid to go home. I want you to THINK I'm sorry and hope you won't read between the lines to see that I'm not sorry for what I said, just that I got caught."

It was a good apology text, Aaron Schlossberg.
Unfortunately, we don't believe it!🤥 https://t.co/pFytcaafM9

Area racist begs for forgiveness after being exposed as a racist https://t.co/yMyupUbzzV

New Yorkers also know that Schlossberg has a history of engaging in this type of behavior. Last May, he yelled names at pro-Palestinian protesters. He also reportedly assaulted Willie Morris, a white man from Massachusetts, calling him “an ugly fucking foreigner” on the sidewalk of Fifth Avenue in Manhattan.

EXACTLY. The fact that he was even caught 3 times on video leads one to believe there were many many more times he was racist. I'm fighting to do all I can to see this guys attny license suspended. 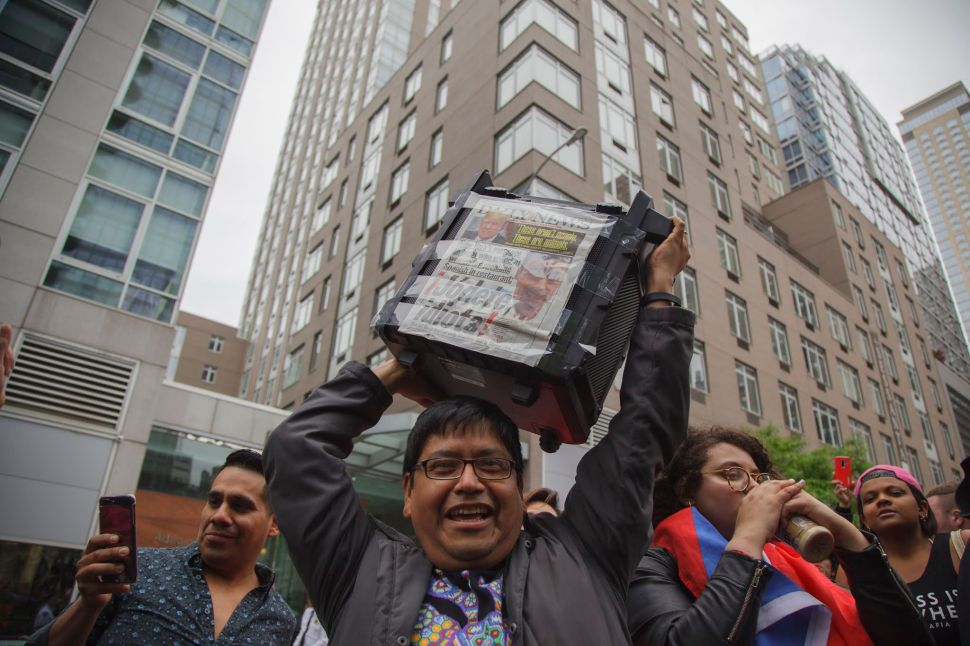