A week after the U.S Supreme Court struck down a federal ban on sports betting, NFL Commissioner Roger Goodell called on Congress to regulate the wagering.

In a statement, Goodell said there must be “uniform standards” for states that choose to legalize sports betting in order to protect the “integrity of our sport.”

He said those federal laws should include substantial consumer protections, allowing sports leagues to protect their content and intellectual property, giving fans access to official league data and providing law enforcement with resources to “protect our fans and penalize bad actors.”

“As it was for my predecessors, there is no greater priority for me as the Commissioner of the National Football League than protecting the integrity of our sport,” he said. “Our fans, our players and our coaches deserve to know that we are doing everything possible to ensure no improper influences affect how the game is played on the field.”

His comments come as states, including New Jersey, race to pass laws regulating sports betting. The state Senate and Assembly are expected to vote on a sports betting bill on June 7.

New Jersey voters approved a constitutional amendment legalizing sports gambling in 2011, and former Gov. Chris Christie signed laws in 2012 and 2014 to implement that amendment. Five of the biggest sports leagues, including the NFL, sued to strike down New Jersey’s sports betting law, claiming it would ruin the integrity of their games.

The state racked up more than $8.6 million in legal bills on the case that made its way to the U.S. Supreme Court.

The high court ruled that a 1992 federal law banning sports betting in most states was unconstitutional, paving the way for states to legalize wagering on professional and collegiate sports. 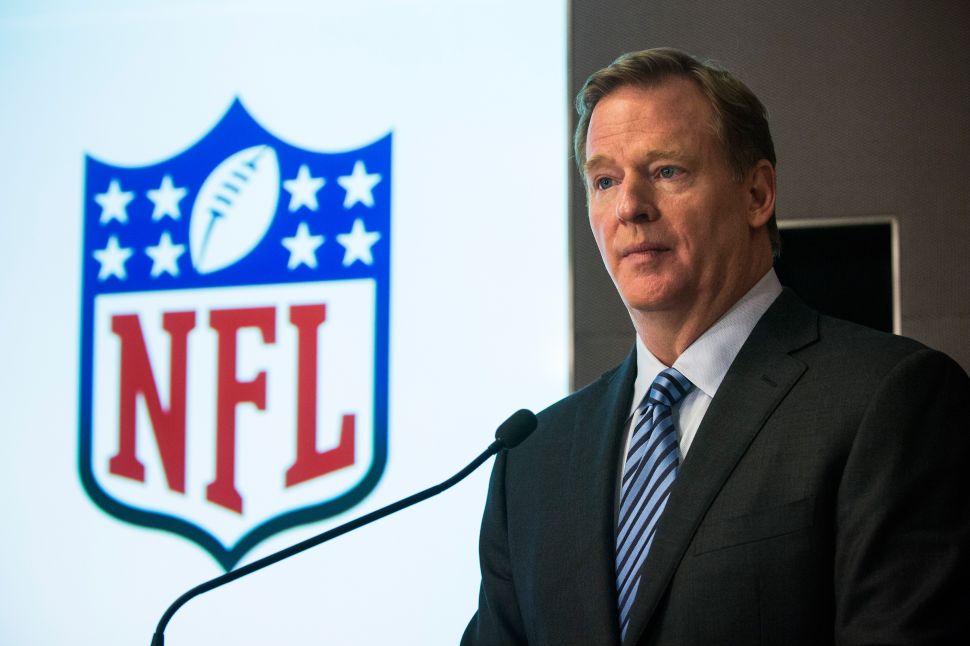