For those who aren’t familiar with the JoBros, Nick is not to be confused with bonus Jonas Frankie, or Joe, who is engaged to Game of Thrones star Sansa (real name: Sophie Turner) or Kevin, the eldest member of the family who enjoyed a short-lived reality stint and now shills #sponcon on Instagram with his wife.

Nick is the one who has been paired with a whole slew of eligible women over the years, including, but not limited to, Rita Ora, Selena Gomez, Miley Cyrus and Kate Hudson. He also has a penchant for taking his shirt off, whether or not the situation calls for it.

Now that you’re caught up, it’s time to move onto Chopra. The Miss World winner and former Bollywood star is famously friends with the new Duchess of Sussex. While the rest of Markle’s tight-knit crew stayed mum in the days leading up to the royal wedding, Chopra gave multiple interviews about their relationship during the Baywatch press tour. She wasn’t quite as bad as Markle confidante Janina Gavankar, who gave interviews before the ink on their regal marriage certificate dried.

Rumors have been swirling that Jonas and Chopra are involved, ever since they attended the Met Gala in May of last year. Most of the attention was on how much the 35-year-old actress looked like Carmen Sandiego, but others wondered why she was at the gala with a former boy bander.

Despite appearing at the biggest fashion event of the year together, they brushed the rumors off. But over Memorial Day weekend, reports surfaced that the pair is dating. On Friday, they went to a Beauty and the Beast Live performance at the Hollywood Bowl—there was no canoodling, but they were spotted again on Saturday at a Los Angeles Dodgers game…which isn’t exactly the best place to fly under the radar.

Perhaps Markle’s best pal is looking for another shot at fame now that the royal wedding is done and Quantico was canceled. And Nick Jonas does have new music to promote… Or maybe they’re truly, madly, deeply in love. 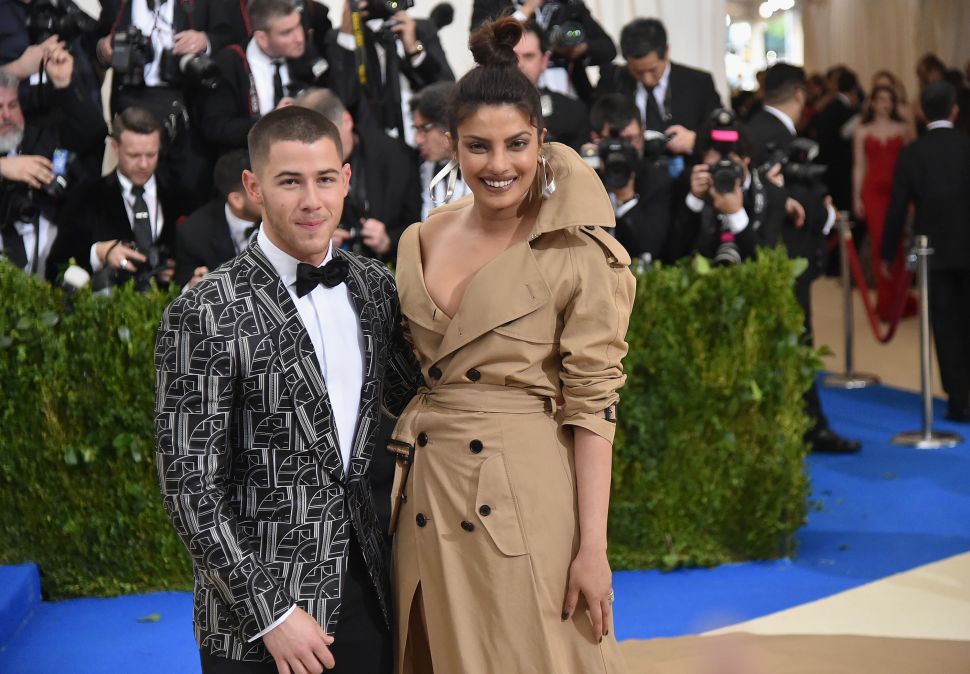