A bill that would force state ratepayers to bailout the nuclear industry in New Jersey and other states to the tune of $300 million per year will be signed today by Gov. Phil Murphy, according to reports.

While Murphy has never publicly said if he supports the bill, Bloomberg reports the governor is expected to sign the measure, pushed through the legislature by Senate President Steve Sweeney, at an 11 a.m. event today.

The bill would add approximately $41 onto the annual bill of ratepayers throughout the state. The added fees come as Murphy is also pushing for tax hikes totaling more than $1.5 billion to support his proposed budget.

And residents could also be facing an additional hike in the state gas tax of approximately 3-cents per gallon this fall, according to a report by NJ101.5.

But PSEG officials have also conceded that the money from New Jersey could also go to prop up power plants in other states. Environmentalists have opposed the bill, as has the state’s ratepayer advocate, who says the measure prevents the public from examining PSEG’s finances to see if the subsidy is needed.

News that Murphy is planning to sign the bill comes shortly after a state official warned the recently raised gas tax could be hiked again. The legislature in 2016 approved a 23-cent increase in the gas tax to pay for road projects. But that measure included a formula to guarantee a consistent funding level, according to a report on NJ101.5.

Frank Haines, the Office of Legislative Services budget and finance officer, told an Assembly Budget Committee on Monday that it appears likely the gas tax will have to go up another 2 to 4 cents to maintain the target funding levels, according to the NJ101.5 report.
When the 2016 gas tax hike was approved, lawmakers also reduced the state sales tax from seven percent to 6.625 percent. They said the decrease would provide some relief to the state’s struggling taxpayers.
Murphy, however, wants to boost the tax back to seven percent. The governor says the additional amount families will have to pay is negligible. Murphy is also pushing for a millionaire’s tax, as well as taxes on ride- and home-sharing services as well as legalizing and taxing the use of recreational marijuana.

While Sweeney and other Democrats in the legislature have said they oppose the tax increases, state Treasurer Elizabeth Maher Muoio said this week the increases are necessary to fund Murphy’s priorities.

The governor’s proposed $37.4 billion budget is a $2.7 billion increase over last year and includes free community college tuition for low-income residents, upgrades to New Jersey Transit, increased school aid and payments to meet the state’s pension obligations.
While state residents have long complained about New Jersey’s crushing tax burden, Murphy contends residents will be willing to pay more if they feel they are getting their money’s worth in state services.

Quote of the Day: “Your moment of silence doesn’t save one single solitary life. Do something!” — U.S. Rep. Bonnie Watson Coleman after the House of Representatives held a moment of silence for victims of the Santa Fe High School shooting.

House Bill Would Reimburse Airports Near Trump’s Bedminster Golf Club
New Jersey airports that are forced to close when President Trump stays at his Bedminster golf club would be reimbursed for their financial losses under a U.S. House bill.
Christian Hetrick, Observer Read more

New Jersey Cities and Towns Taking Sides Over Recreational Marijuana
While recreational marijuana is not yet legal in New Jersey, cities and towns are already making plans to either embrace it or prohibit it. To date, 19 municipalities have started the process of regulating cannabis within their borders.
Donald Scarinci, Observer Read more

Will Phil Murphy raise taxes again? Here’s what he had to say about that.
Gov. Phil Murphy can’t promise he won’t ask for a second round of tax increases if the New Jersey Legislature goes along with the first, but he sure as “heck” would prefer not to, he said Monday.
NJ.com Read more

Will NJ Government Shut Down Over July Fourth Again?
Governor Phil Murphy is pressing for millions of dollars in tax increases to balance his proposed state budget.
But state Senate President Steve Sweeney (D-Gloucester) and Assembly Speaker Craig Coughlin (D-Middlesex) have both indicated their opposition to new tax hikes, which could spell trouble.
NJ101.5 Read more

A Supreme Court Decision That Was a Wild Card
n December 2017, Adam Liptak, the Supreme Court reporter for The Times, was sitting next to an animated Gov. Chris Christie as he listened to arguments for what could become one of Mr. Christie’s greatest legacy successes — a rare beacon of light in a scandal-ridden administration, and a case that could change the interpretation of the United States Constitution’s anti-commandeering doctrine for decades to come.
New York Times Read more

Feds recommend that New Jersey equip its school buses with shoulder belts
The National Transportation Safety Board recommended Tuesday that New Jersey require shoulder restraints in school buses, a development that comes in the wake of a school bus crash last week that killed a Paramus student and teacher.
The Record Read more

‘Do Something,’ NJ Congresswoman Shouts After Moment of Silence
U.S. Rep. Bonnie Watson Coleman’s frustration at the Santa Fe High School shooting bubbled over during a moment of silence in the House chambers on Monday.
NJ101.5 Read more

In Trump country, Hugin distances himself from Trump
Bob Hugin, the likely Republican nominee for Senate, traveled to one of the reddest parts of New Jersey on Tuesday to announce his opposition to a Trump administration policy.
Politico Read more

Hugin won’t say whether he wants Trump’s help
U.S. Senate candidate Bob Hugin wouldn’t say on Tuesday whether he would like President Donald Trump to come to the state and campaign on his behalf.
New Jersey Globe Read more

NJ Asks Appeals Court to Review FERC’s Approval of PennEast Pipeline
The recent federal approval to the controversial PennEast pipeline is being challenged in appeals court by the State of New Jersey.
NJSpotlight Read more

Slim Prospects: The Reality for Several Challengers in Congressional Primaries
New Jersey will see an unusually crowded ballot this June with 51 candidates running in the primaries for the state’s 12 seats in the U.S. House of Representatives. While some of those races will be closely contested and a few even expected to flip from red to blue in November, many are coalescing around their incumbents with only faint sparks of opposition.
NJSpotlight Read more

NCAA should end ban on tournaments in N.J. after sports betting ruling, Menendez says
Now that the U.S. Supreme Court has sided with New Jersey and overturned the federal ban on sports betting, U.S. Sen. Robert Menendez is urging the NCAA to end its ban on holding tournaments in states that allow such wagers.
NJ.com Read more

NJ marijuana legalization: Colorado tourism exploded with legal weed. Is NJ tourism next?
The pungent marijuana smoke wafted across the parking lot of beat-up cars and into the street to silently assault the senses of passersby.
USA Today Read more

Bill looks to keep state parks open if government shuts down
With the possibility of budget impasse triggering a government shutdown just before the July 4 weekend, a piece of legislation might put to rest any worries that tourists would be locked out of their favorite summertime state beaches and parks.
NJBiz Read more

With Lyme disease increasing in New Jersey, avoiding tick bites is more crucial than ever
More New Jerseyans were diagnosed with Lyme disease last year than in the last 17 years, with record numbers of cases in Bergen, Morris, Monmouth, Ocean and six other counties, new state data shows.
The Record Read more

DEP Seeking Beach Lover to Buy Shore to Please License Plates
If you love New Jersey’s beaches, give a little thank you to the folks driving around with a Shore to Please license plate on their vehicle.
NJ101.5 Read more

Bear sightings continue in Teaneck
A bear was spotted once again in Teaneck on Tuesday afternoon, a week after multiple sightings in the township.
The Record Read more

Council members uneasy about lifting topless ban on women
An attempt to rewrite Jersey City’s 1980s-era obscenity law received a somewhat chilly reception by members of the City Council at its Monday caucus, with council members expressing specific concern over the plan to lift the ban on women appearing topless in public.
Jersey Journal Read more

Verona council postpones eminent domain votes
Verona has put the cart before the horse, sort of.
The Record Read more

Teacher’s assistants: New health care plan will be ‘unlivable’
Teacher’s assistants in the Northern Valley Regional District’s special-needs program for autistic students made an emotional plea to the school board to reconsider a change to their health benefits that they say will make them unable to survive financially.
The Record Read more

Siekerka: NJ businesses face a concerning climate with proposed tax increases, new policies
A resolution advanced this month designating May of each year as “Small Business Month,” bringing awareness to the vital role small businesses play in our economy and how their success strengthens community identity and pride. While this symbolic attention is richly deserved and appreciated, it’s more important that our policymakers ease off on the litany of costly mandates and revenue raisers being passed and considered during this critical budget season.
The Record Read more

Opinion: It’s no offense to ask all to party like it’s 1776
To take a controversy over a South Jersey high school prom to its supposedly logical conclusion, the region’s African Americans are hereby invited to sit home and sulk, rather than attend “Party on the Parkway” events on and around Independence Day in Philadelphia.
South Jersey Times Read more 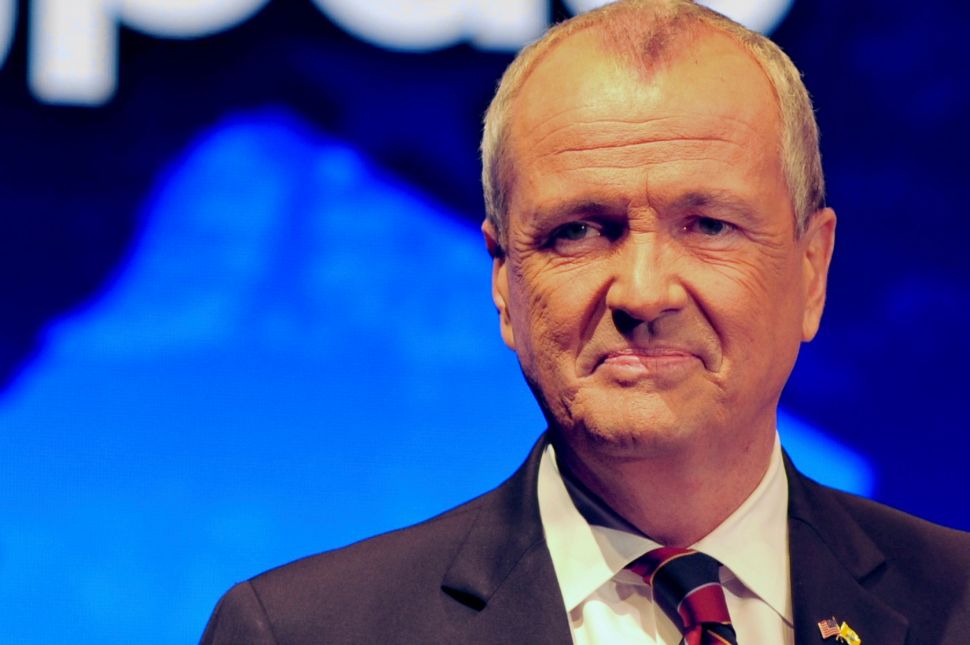