Wellness is so hot right now, whether you’re a normal person who keeps Googling the Beachbody diet–or a member of the royal family. Former lifestyle blogger Meghan Markle is helping her husband-to-be prepare for their upcoming royal wedding by introducing him to the wild world of wellness.

Back in her acting days, Markle was famous for her love of #fitspo. She’s a yoga expert (her mother is an instructor) and remains close friends with her Pilates teacher, who was invited to her hen party.

Now, the Suits star is the reason the former party animal prince is eating kale.

According to royal expert Katie Nicholl, who has been documenting Prince Harry’s road to wedded bliss, Markle’s “healthy lifestyle has already rubbed off on Prince Harry.” The formerly wayward prince quit smoking and cut out carbs in preparation for the big day. He’s eating quinoa, and he’s even taken up yoga.

Nicholl said Markle personally threw out all of Prince Harry’s junk food when she moved into his bachelor pad, just like when Kanye West went through Kim Kardashian’s closet and tossed all of her Juicy sweatsuits. Markle then placed Prince Harry on an extra special diet, banning his favorite high-calorie foods.

Perhaps they should accompany Prince George to school, where he eats super luxe, health-conscious lunches; or they can venture to the Lindo Wing, where Kate Middleton recently gave birth since the maternity ward is known for wholesome food.

Nicholl chatted with Prince Harry’s pals and found that he now has a regular exercise routine, works with a trainer and starts every morning with a green smoothie. Maybe he’s venturing to the family gym, where Princess Diana was a member.

If only Prince Harry was documenting his #fitness journey on social media.

Of course, he doesn’t have his own accounts (although it’s rumored that he once had a top-secret Instagram account), and he’s been open about how he dislikes social media, but Markle could give him blogging advice.

Plus, everyone knows that you’re not actually losing weight unless you’re talking (and posting) about it incessantly. Kensington Palace’s social media assistant should start posting pictures of Prince Harry in Downward Dog immediately. 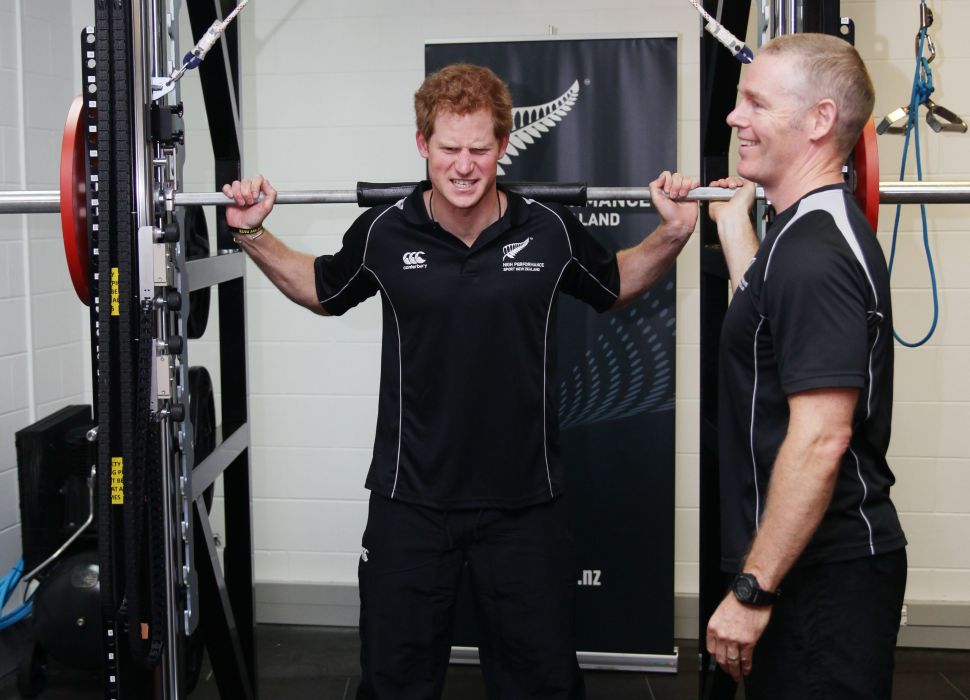