Of the 3,700-plus planets astronomers have discovered outside our solar system, about 53 have been deemed potentially habitable—they’re made of solid rock and reside in a part of their host star’s orbit that is not too hot nor too cold to allow liquid to exist. This is encouraging news in our search for extraterrestrial life: The more planets we find and identify in the near-infinite expanse of space, and the more we’re able to determine which of them could be amenable to life of some kind, the more likely we’re able to find at least one of them that is home to alien life—hopefully of similar intelligence to human beings. But if a super-Earth is home to aliens of some kind, we might not ever get a chance to meet them.

Of those 53 planets and counting, about 30 are known as “super-Earths”—bigger than your run-of-the-mill pale blue dot, but still small enough to perhaps sustain life of some kind. Super-Earths generally refer to any rocky planet that’s up to 10 times more massive than Earth. A lot of scientists think they might actually be better targets to study for aliens than smaller planets, since they are more likely to possess a robust atmosphere capable of keeping life warm and cozy and safe from cosmic rays.

But a super-Earth don’t necessarily mean super easy contact with such a civilization; they might act more like a gravitational prison for intelligent life that evolves on such a planet.

In a new paper, Michael Hippke, a researcher who’s worked with the Sonneberg Observatory in Germany, points out that in order to escape the gravitational force of a super-Earth that’s, say, 10 times the mass of our own Earth, a rocket might need something like 440,000 tons of mass, most of it in fuel requirements. It would need to be 70 percent wider and 10 times bigger itself. For context, that’s about the mass of the Great Pyramid of Giza in Egypt. It’s an incredibly hefty order—perhaps prohibitively so.

“Originally, the paper was an April Fool’s joke paper,” Hippke tells Observer. “After several colleagues noted that the result is important, I decided to follow-up with a regular paper.”

Rocket science is as complex as well, rocket science. It takes a lot of power for something to overcome the gravity of a planet or moon and make its way into space. This “exponentially terrible influence,” as Hippke calls it, inspired him to start thinking about what spaceflight engineers would have to construct if Earth was more massive. “And, of course, there are many such more massive planets out there, called super-Earths.”

Hippke was unable to find previous literature that attempted to answer that question, so he took it on himself to outline the problem and find hypothetical solutions. He then determined that the “super-Earthlings” might be better off bypassing chemical rocket propulsion entirely, and instead build a space elevator, which is exactly what it sounds like. An elevator moving up hundreds of miles into the sky could be an easy way to negate the fuel requirements of lifting a rocket into space, which is why humans are also considering such concepts. Hopefully aliens on a super-Earth have a better choice in elevator music than our species does.

Of course, as Hippke points out, building something like this would require materials with sufficient tensile strength, and that’s far from guaranteed. Carbon nanotubes could be an option. But even so, a space elevator, which is barely possible for a planet like Earth, would be even more difficult to build and operate on another planet.

Hippke also notes another species could try to launch things into space using microwaves or lasers. Of course, this is also far from feasible. The farthest we’ve ever pushed something into the air using microwaves is just 70 meters. And lasers are an entirely different story too—while they might work in pushing something into space, they might also basically incinerate the whole spacecraft (a big point of concern for projects that are seeking to use lasers to launch probes into space). All of this ignores the massive energy requirements needed to operate such tools.

The most feasible option for super-Earth aliens to get off their planet might be nuclear propulsion—setting off an atomic bomb in order to generate enough force for a spacecraft to hurtle out into space. For those leaving the super-Earth, that’s probably an acceptable plan (assuming they aren’t consumed by the explosion). But for everyone else still on the planet, that’s probably unacceptable.

So we might have to accept that an alien species, even if they’re super-geniuses, might be planet locked on a super-Earth. If they exist, these “arrested” civilizations aren’t going anywhere.

But that doesn’t mean we would never be able to find them or make contact with them. If an arrested civilization was looking to broadcast their existence, they wouldn’t launch probes into space, but they’d probably shoot laser or radio signals into space, in hopes someone else has their eyes and ears peering out. SETI scientists already do this, so it might simply be a matter of focusing our instruments on super-Earths more intensely if we have reason to be believe E.T. is really trying to phone us. 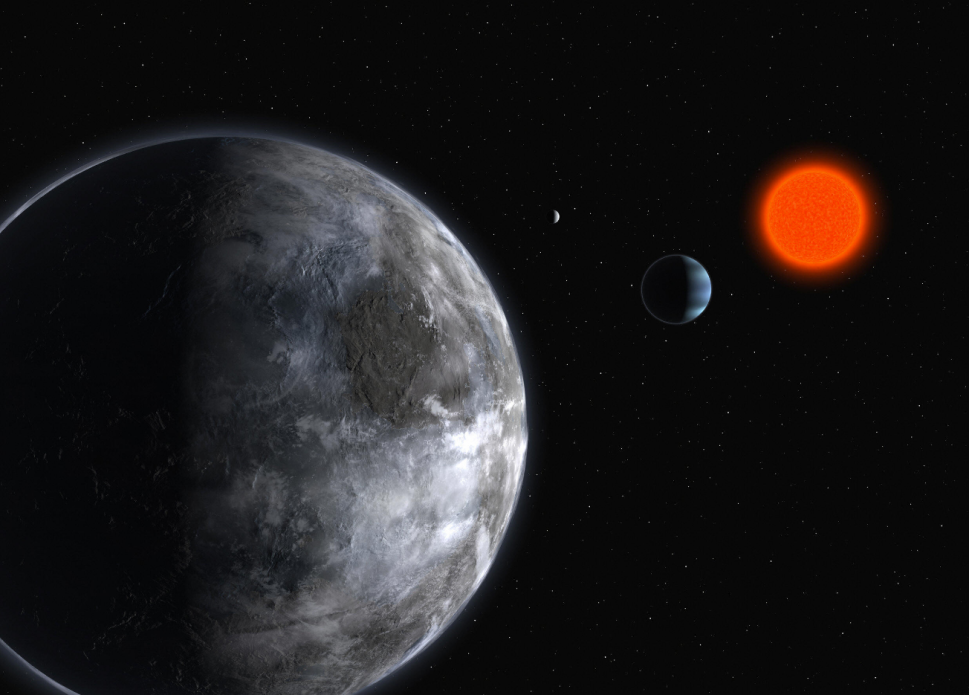