Jerome Robbins began as he meant to go on. The first thing that happens in Fancy Free, his first ballet, is that three randy sailors explode onto the stage in huge cartwheels. The ballet is a hit from its very first moment, and hits are a defining hallmark of his career. “Jerry makes hits—audiences like!” George Balanchine said to me more than once; “Good for the company!”

Fancy Free, The Cage, Afternoon of a Faun, The Concert, Dances at a Gathering, In the Night, Other Dances, The Four Seasons, Glass Pieces, West Side Story Suite—all were good for the company (though Fancy Free, of course, was originally made for Ballet Theatre, well before Robbins decamped for Balanchine and New York City Ballet in 1949) and all were on view at the Koch during the recent celebration of the Robbins centenary.

The cartwheels were also a harbinger of a certain kind of effect that Robbins repeated again and again: bits of non-balletic punctuation designed to tickle an audience with a touch of charm…or cuteness. Some of them—cartwheels, summersaults—refer back to childhood; others are moments of studied casualness: “the kids” sitting on the floor, watching their pals romp; the little tossed-off shrugs (“Aw, forget about it,” or “I’m outta here.”)

A lot of the time these tropes do the job (except when they’re at their most inappropriate, as in The Goldberg Variations). Yet when you come upon them in ballet after ballet, as just happened during the City Ballet marathon, you can’t help feeling they’re acts of laziness or even of desperation—or, to put it another way, that Robbins’ powers of choreographic invention are severely limited. You want to say to him, “Jerry, stop with the glamorous lifts! There are other ways to suggest love or passion.” But he was well aware that audiences love ingenious or dangerous lifts, and they became predictable effects for him, rather than responses to what the ballet (and the music) are essentially about.

Although seeing 18 Robbins pieces in a row can’t help revealing the thinness of his actual dance vocabulary, it also stuns us with the genius of his stagecraft and the variety and brilliance of his dramatic concepts. The talent was huge and the workmanship invariably superb. But because the vocabulary is thin and repetitive, many (perhaps most) of his works don’t repay frequent viewings. You can watch a great or even a good Balanchine ballet a score of times and always find more in it; once you’ve seen The Cage or Glass Pieces more than twice, there’s nothing left to discover, beyond individual interpretation. That’s why all but his most accomplished art falls short of being profound.

There are, though, true Robbins masterpieces. Fancy Free is perfect in its way, and always a pleasure, except when occasionally it loses its fundamental innocence and substitutes predatory lust for naïve horniness. Faun is so beautiful a distillation of adolescent love and non-toxic narcissism that it’s always moving—and here when a complicated lift is eventually deployed, it’s about something, not a mechanical effect. Dances at a Gathering is an astounding release of creative vitality and deep feeling about the nature of dance and dancers—it was Robbins’ return to ballet after his years not in the wilderness but on Broadway and it’s one of the great dance works of our time, “great” being a word I use sparingly.

The humor of The Concert has begun to fade, its targets receding into history. But In the Night—high Chopin—still pleases. And The Four Seasons—the closest Robbins ever came to a standard classical ballet à la Balanchine, big finale and all—is tremendous fun, totally lacking (for once!) Robbins’ susceptibility to pretension. (Well, it’s hard to be pretentious to Verdi.) Compare it, for instance to his lugubrious Opus 19/The Dreamer, which not even Baryshnikov and McBride could animate.

Perhaps the subject of the greatest running disagreement about a Robbins ballet is The Goldberg Variations—all of them, with all the repeats. I don’t object to its length (we can blame that on Bach), but I find absolutely nothing in the choreography that rises to the glory of the music, or is even very interesting in itself. There are costuming tricks, there’s its sheer doggedness, and there are the old standbys: summersaults, cartwheels, et al. But the dance is rarely more than slick and empty. Perhaps I’m still suffering from the trauma of once, years ago, having had to see it twice in one day.

Three pieces were back after being absent from the repertory for many years. One was Antique Epigraphs—eight women in lovely pastel Grecian robes performing stylized movements to a beautiful score by Debussy. It was happily paired with Debussy’s Faun, and indeed can be very useful in conjunction with a variety of short pieces the company presents: a keeper, after having been a goner for a decade.

And then there was Les Noces, a tamer use of Stravinsky’s thrilling score than Bronislava Nijinska’s famous version of 1923 for Diaghilev, yet an effective stage piece with its four singers, large percussion forces, towering set designs, and a large cast of adults and children. Les Noces was created for ABT in 1965 and was first performed by City Ballet in 1998—not a work to be seen every day or even every year, but worthy of being aired on special occasions like this one, for itself and as an example of Robbins’ large ambitions.

Finally—how happy Jerry would have been!—a revival of his Dybbuk, which failed in three different versions, the earliest in 1974. He just couldn’t let it go. Suggested by a famous folktale and immensely popular play, it flattens out its material—sanitizes it—and renders it amorphous and confusing. It was only exhumed now to justify a program of three Robbins ballets with scores by Leonard Bernstein, whose centenary we are also celebrating. (The others were Fancy Free and West Side Story Suite, the latter a rushed and reduced version of his own West Side Story, but still a crowd-pleaser.)

Throw in In G Major, an over-extended and overrated Ravel ballet; the cute Circus Polka; the kids-puttin’-on-a ballet Interplay; Fanfare (Benjamin Britten’s introduction to the instruments of the orchestra, once a big success, now looking a little simplistic, a little condescending); another reductive Bach piece, A Suite of Dances, that Robbins cooked up for Baryshnikov, complete with shrugs and cartwheels, and there you have it…. Except for Easy, a short “Robbins” ballet that was in fact choreographed by Justin Peck, and an enormous coarse fiasco called Something to Dance About, a lot of snippets culled and strung together by Warren Carlyle from a bunch of Robbins hit musicals. It made no sense other than as a failed exploitation of the Broadway side of the Master’s achievement. The guest vocalist, Jessica Vosk, was hyper-irritating. The highly touted costumes—scores and scores of them, by Toni-Leslie James—were awful. The musicals themselves were traduced. The dancers were wasted.

But they weren’t wasted on the real Robbins repertory. The company is looking terrific, and it was having a good time. Outstanding was Joaquin De Luz, about to retire, who carried the Baryshnikov roles elegantly, as well as the famous Villella “Brown boy” role in Dances at a Gathering—De Luz will be hard to replace. Maria Kowroski, the company’s senior dancer, is somehow dancing better than ever, and has lost none of her beauty—she was superb in the central duets of In G Major and Glass Pieces as well as in In the Night. Sterling Hyltin remains the most captivating of the women. Why, I ask myself, is this delicate, glowing ballerina being cast as the heavy in pieces like Opus 19, Dybbuk, and The Cage? She was ravishing, though, in Afternoon of a Faun, paired with the vastly improved Chase Finlay.

Lauren Lovette was spectacular as the “Yellow girl” in Dances at a Gathering—she’s dancing full-out at last. Joseph Gordon and Abi Stafford were also splendid in Dances, unlike Sara Mearns who was somewhat subdued until she could break out at the end, not helped by the mauve dress that makes her look a touch matronly. (She was also betrayed by her costumes in Something to Dance About.) Savannah Lowery was exceptional in Antique Epigraphs. Emilie Gerrity is on a fast track. Tiler Peck continues to dazzle.

City Ballet remains a fascination. It doesn’t really have big stars the way it once did, but it has an extraordinary number of first-rate men and women, and a corps full of potential. Alas, it still lacks a leader: this season (and the next) is the legacy of Peter Martins, and the Board is apparently nowhere near appointing his successor. The young Gang of Four that’s overseeing day-to-day operations can only do so much—they can’t steer a course. Everything’s on hold, and so are we. 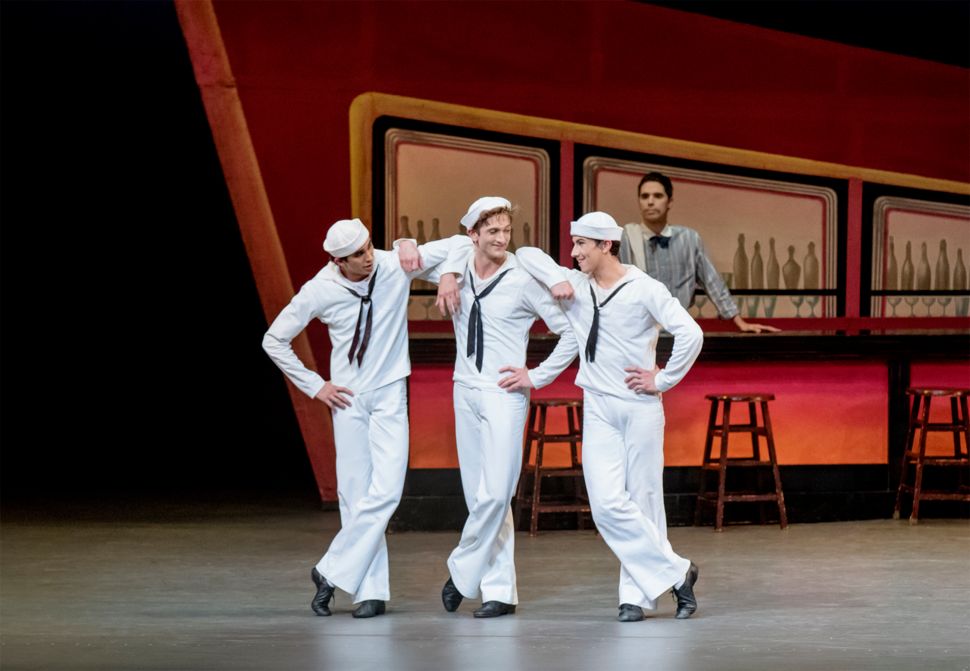