Sollers Point is a grimly realistic melodrama about the slow struggle of a young prison parolee on probation, trying to re-adjust to society on the outside. Written and directed by Matthew Porterfield in a semi-documentary style, it’s effort to achieve the status of a commercial mainstream movie with universal appeal is only semi-successful.

After serving time in prison, 26-year-old Keith (chiseled and likable newcomer McCaul Lombardi) is released under house arrest and sent home to the crummy Baltimore neighborhood for which the low-budget independent film Sollers Point is named. He wants to get his life back, find an honest job, start fresh, and be responsible and independent. None of this is easy in the custody of his gruff, indifferent father (a surprisingly good Jim Belushi) and wearing an ankle bracelet that monitors his every move.

His grandmother wants him to go back to school and even offers to pay for his books, but he’s not ready yet. His uncle gives him menial jobs making deliveries to the local garbage dump, his old girlfriend rejects him as a worthless bum, and every time he tries to make a positive move, he finds himself torn between falling back into a life of petty crime with the inmates he knew behind bars and facing a bleak future with no prospects. Whether paying back old debts or wasting time looking up old friends on Facebook, everything leads to trouble.

The screenplay is naturalistic and the lead actor holds attention, but the film is too long and inconsequential to make much of a lasting impact as Keith meanders through his daily routines. Sometimes he drives a recovering addict to a methadone clinic. Sometimes he dutifully visits his mother’s grave. Eventually, there’s a gun, and drugs, accompanied by the usual cliches, and Keith’s inner rage boils over to a violent ending that loses him a lot of viewer sympathy.

What saves the movie from tedium is a cast that is easy to watch, from understated veterans such as Belushi, Marin Ireland as Keith’s older sister and Lynn Cohen as his sympathetic grandmother, to the effective and crudely mesmerizing star. Despite a tendency to mumble self-consciously, McCaul Lombardi has real charisma. But it’s clear that Keith is going nowhere—and neither is Sollers Point. 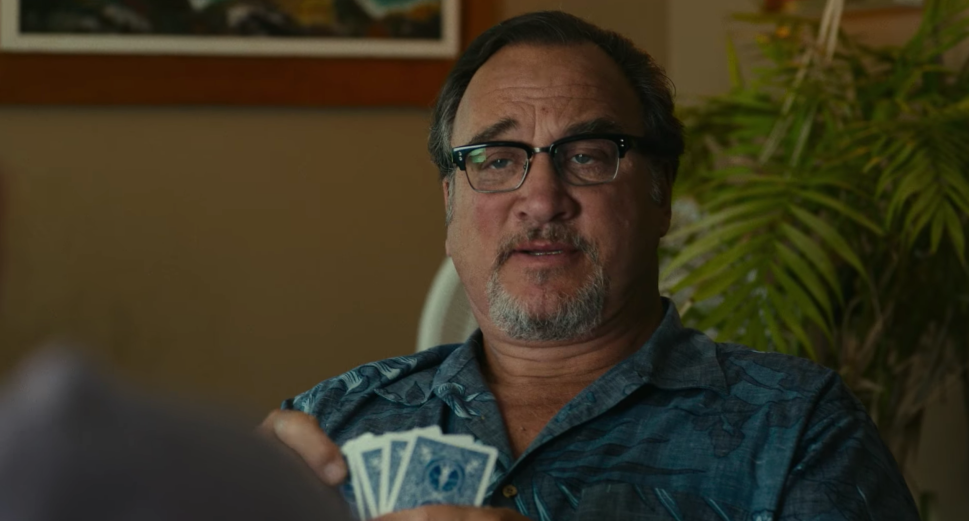