Nostalgia can be fun when it allows you to revisit the good old days when life had more style, quality, elegance, and what Kay Thompson, the queen of sophistication, called “bazazz.”

In New York, that means a return trip to the swanky Carlyle Hotel at 76th St. and Madison Ave., which used to be the stuff dreams are made of. The fact that, like everything else in New York, the Carlyle is no longer what it used to be is beside the point. Enough gilt-edged memories of kings, presidents and movie stars still bounce off the walls of its $4,000-a-night suites to fill 90 minutes of screen time in a self-congratulatory documentary called Always at the Carlyle. As docs go, it’s not as informatively or entertainingly good as it should have been and not as shamefully self-serving as it could have been, but as wistful as it made me feel about the New York I once loved that will never come again, it put a lump in my throat and tears in my eyes.

“We don’t talk about our guests,” snorts the arrogant manager who opens the film. And then, for the next 90 minutes, everybody talks about the rich and famous guests, including the staff members who weren’t around to meet them. The mostly superficial observations cover everything from the orchids Jack Nicholson sent to his chambermaid to the salad dressing Paul Newman invented with the permission of the room-service manager. Condoleeza Rice seems appalled by the astronomical prices (the suite where Princess Diana slept goes for $10,000 a day) and Harrison Ford confides that he got an $1,100 room with a peeling radiator. Bartenders, waiters, doormen, bellhops, telephone operators—most of whom have been on the payroll for decades—all open up about how much they adore George Clooney. Fashion designer Vera Wang praises the perfection of the bud vases.

Rumors are shared (a secret underground tunnel admitted Marilyn Monroe for late-night visits with President John F. Kennedy) and debunked (one manager says he’s been searching for that tunnel for 50 years and hasn’t found it yet).

But if you were an honored guest at the Carlyle when the elevators transported Elizabeth Taylor, Michael Jackson, Harry S. Truman and Queen Elizabeth to bed, you learn it was always a hotel that provided a little something extra to seal its reputation for the kind of personal touch that set it apart from all the rest. It was the only hotel in the world with a bar where, over the noise and through the smoke, you could view the art work of Ludwig Bemelmans on the wall murals. Where else do you find a seamstress who embroiders your initials on your pillowcases, or a staff member who will honor a request for your doggie’s own private patch of grass from Central Park?

Writer-director Matthew Miele, with the aid of great archival footage, waxes ecstatic about how great it is, but what comes across in the end is how great it used to be. Designed and owned by 1930s real estate tycoon Moses Ginsberg and colorfully appointed by legendary interior decorator Dorothy Draper, the Carlyle lived up to its expectations as the ultimate in New York elegance. That’s why Bobby Short held court for decades at the piano in the hotel’s intimate supper club, the Cafe Carlyle. A child prodigy who couldn’t read music but knew 6,000 songs, he was as much a tourist attraction as the Statue of Liberty and Grant’s Tomb.

Alas, it’s all gone with the wind.

The uniqueness is gone, the taste has tarnished, and the Carlyle ain’t what it used to be. The room Bobby packed to the rafters nightly is still there, with its Vertès illustrations on the walls and its echoes of Cole Porter and Rodgers and Hart. But it is now home to hacks like Steve Tyrell and Isaac Mizrahi, both of whom are interviewed. The Bemelmans Bar is still there, too, but nobody listens to the music. I was there the night Billy Joel took over the piano bench, but the jaded customers never stopped talking.

Everything has changed and the hotel has been bought and sold so many times that a lot of its former style, dignity and class have eroded. The most candid interview in the film is the Carlyle’s beloved stuttering concierge, Dwight Owsley, who was the soul of the hotel until he recently retired after more than 30 years. He sums up the passing of time with more honesty than any of the other talking heads when he says of the hotel today: “It’s no longer a world I care to be a part of.” Maybe, but it’s fun to let some of the ritzy glamour of a bygone era rub off all over again in Always at the Carlyle. 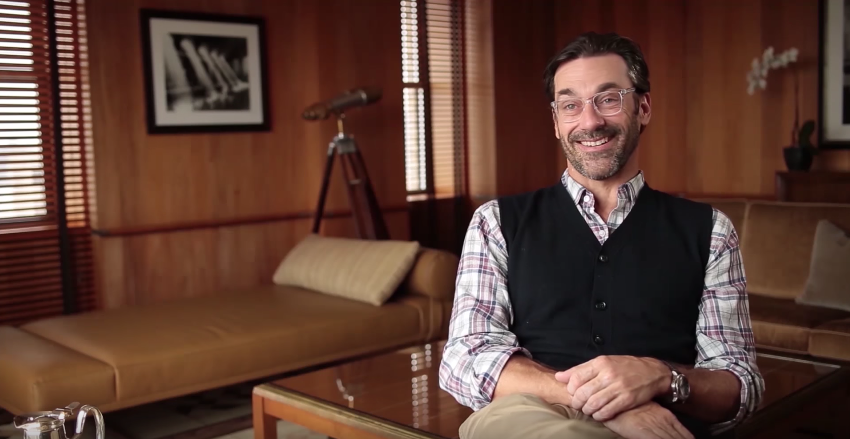