There are 1,200 commoners invited the royal wedding, but they won’t be watching in style like Archie the dog, who’s viewing the proceedings from a miniature replica of Windsor Castle. Instead, they’re expected to B.Y.O.B. (including snacks).

According to the Independent, the members of the public invited to Prince Harry’s big day will have to bring their own picnic lunches, leaving those hand-picked to attend a bit “miffed.” Unfortunately, they don’t have butlers to provide elaborate tea services while they camp out.

Ordinary folks were invited by nine regional lord lieutenants, who are personal representatives of Queen Elizabeth. The lord lieutenants nominated important members of the public to attend, including service members, schoolchildren and charity founders.

But the invitation doesn’t mean they’ll be inside the venue, dancing with Prince William or hobnobbing with eligible young royals. Instead, they’re going to watch Prine Harry and Meghan Markle enter St George’s Chapel and leave in their special occasion carriage.

The guests were told in a letter from the lord lieutenants that they need to bring a picnic lunch since it won’t be possible to purchase food and drink once they’re on-site. Kensington Palace suggested that some food might be provided, but it’s unclear if it will be a few hors-d’oeuvres or fish and chips.

Since the guests will be waiting outside of St George’s chapel for more than four hours, they’ll need some serious sustenance. They won’t exactly be invited to the sit-down dinner and there definitely won’t be a buffet, so they’ll need to tote bangers and mash with them to the wedding.

There is a McDonald’s nearby, in case of emergency, but Mickey D’s is not on Queen Elizabeth’s list of approved restaurants. They could always gift the newlyweds with a Happy Meal toy on their way out of the venue; or, instead of throwing rice, they can toss French fries, making for the royal wedding of the century. 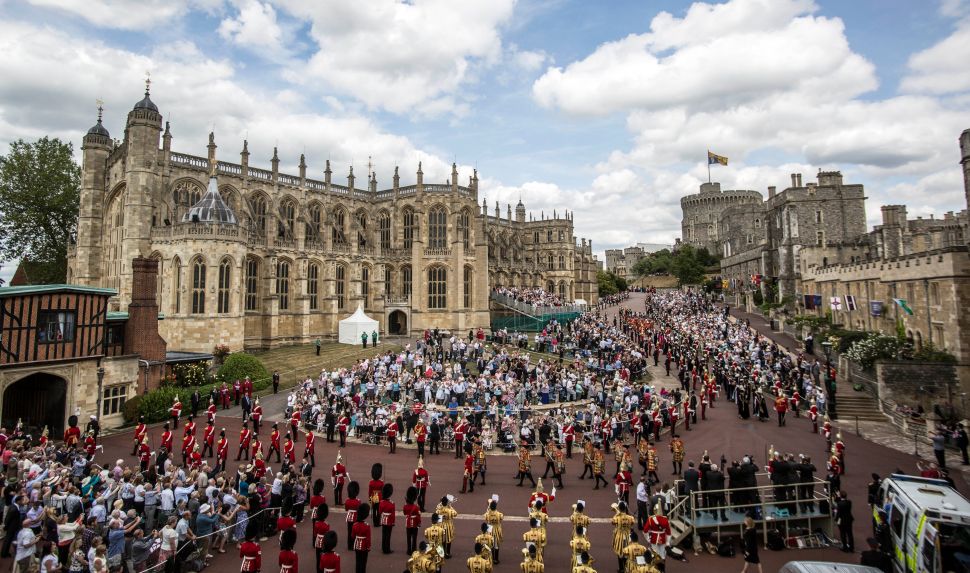