Preparations are well underway for the royal wedding between Prince Harry and Meghan Markle. But one TV network’s plan for the May 19 nuptials is more James Bond than Buckingham Palace.

British TV network Sky News is unveiling a new “Who’s Who Live” app for the royal wedding. It will use facial recognition software to identify guests and give viewers background information about them and their connection to the royal family.

The service will be available on Sky’s broadcast channel, website and mobile app during the network’s six-hour royal wedding special.

Users will also be able to look back through the video once the arrivals are over to find out about the guest list in detail (or simply indulge their love for the royals again).

A celebrity-spotting AI is less personable than a red carpet reporter. But making tech do the heavy lifting does cut costs, and it also means Sky’s staff has to do less research on the royal wedding guest list.

However, there are still big questions about the privacy implications of AI surveillance.

It’s unlikely that wedding guests or commoners on the street will know they’re being filmed and identified to people all around the world. Observer has reached out to Sky to clarify this.

Luckily for Sky, the royal wedding takes place six days before General Data Protection Regulation (GDPR) goes into effect. The regulation is meant to ensure data protection and privacy for all residents of the European Union.

One key stipulation of GDPR requires companies to get explicit consent from users before processing biometric data (such as facial recognition).

“Who’s Who Live” isn’t Sky’s only technological innovation for the impending nuptials.

The network will also broadcast the royal wedding in 4K (which has four times the picture quality of regular HD). Sky will utilize 160 technical staff, 51 cameras and 17 miles of cable during its coverage.

The actual ceremony will mark the end of a long royal wedding blitz for Sky. The network will be broadcasting from the royal residence at Windsor Castle for a week before the wedding.

But while the British media is using the latest tech to report and spy on wedding guests, the guests themselves will have to surrender their electronics. Cell phones and cameras are banned from both the ceremony and reception.

So anyone looking for the perfect palace Instagram will be royally screwed. 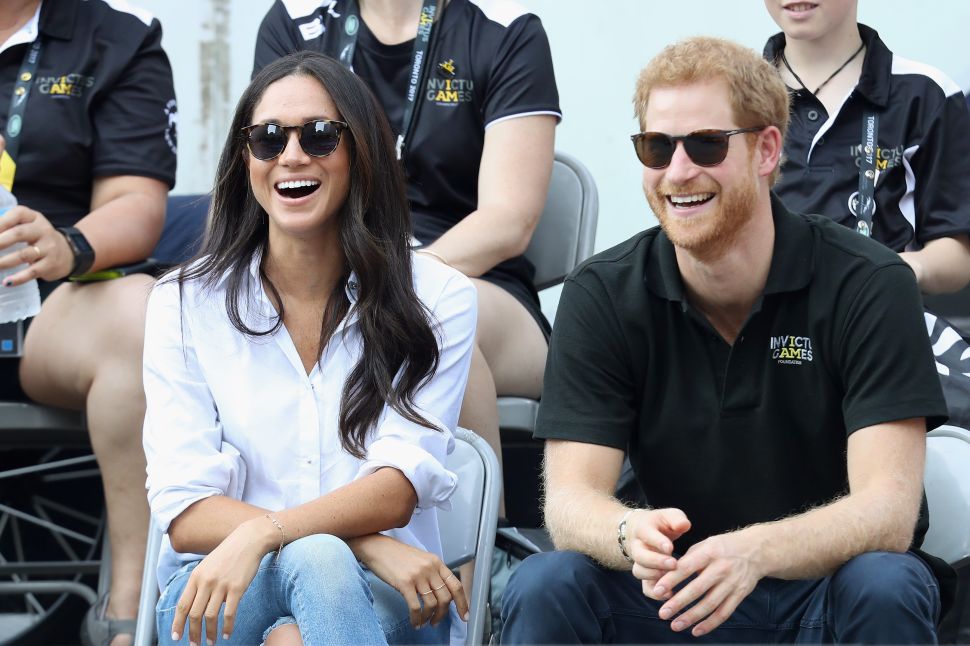