The official photos from the royal wedding have been released—and while the new Duke and Duchess of Sussex are sitting front and center, the real star is Prince George.

Prince George looked decidedly unhappy throughout the ceremony (perhaps because he was too warm in his My Chemical Romance-inspired zoot suit), but he’s grinning in the official portraits. Even after the wedding, George hid behind his father, Prince William—remember: he’s not used to wearing pants. Understandably, Gary Jannetti had a field day with Prince George’s imagined sass on his Instagram, where he juxtaposes the little prince against savage snapshots of the royal family.

But for the official portrait, Prince George was captured alongside his fellow page boys and bridesmaids, who were all well behaved throughout the ceremony, looking quite happy. While there wasn’t another grumpy bridesmaid (although the original’s cousin, Florence van Cutsem, made an appearance in the wedding party), there was a meme-worthy moment when Brian Mulroney entered St George’s Chapel while beaming and carrying the Duchess of Sussex’s veil.

The pictures were taken by Alexi Lubomirski, who also photographed Prince Harry and Meghan Markle at Frogmore House in December for their glamour shots-worthy engagement photos. In December, Markle opted for a $74,000 Ralph & Russo gown. Many thought the red carpet brand would design her wedding gown, which was originally rumored to be heavily beaded, but instead, she chose simple Givenchy and Stella McCartney dresses. While she didn’t keep the dress designer, she did re-use the photographer.

“It has been an incredible honor and privilege to document the Duke and Duchess of Sussex’s inspiring journey of love, hope and family; from the engagement photos, all the way through to the official wedding and family portraits on Saturday. This has been a beautiful chapter in my career and life, that I will happily never forget,” the fashion photographer posted on Instagram. He attended the wedding with his wife Giada Lubomirski.

Kensington Palace’s Instagram shared the new images with the message, “The Duke and Duchess of Sussex would like to thank everyone who took part in the celebrations of their wedding on Saturday. Hopefully, they’ll release more pictures later on, as they did with the engagement photos, especially since the public is clamoring for more Prince George moments. 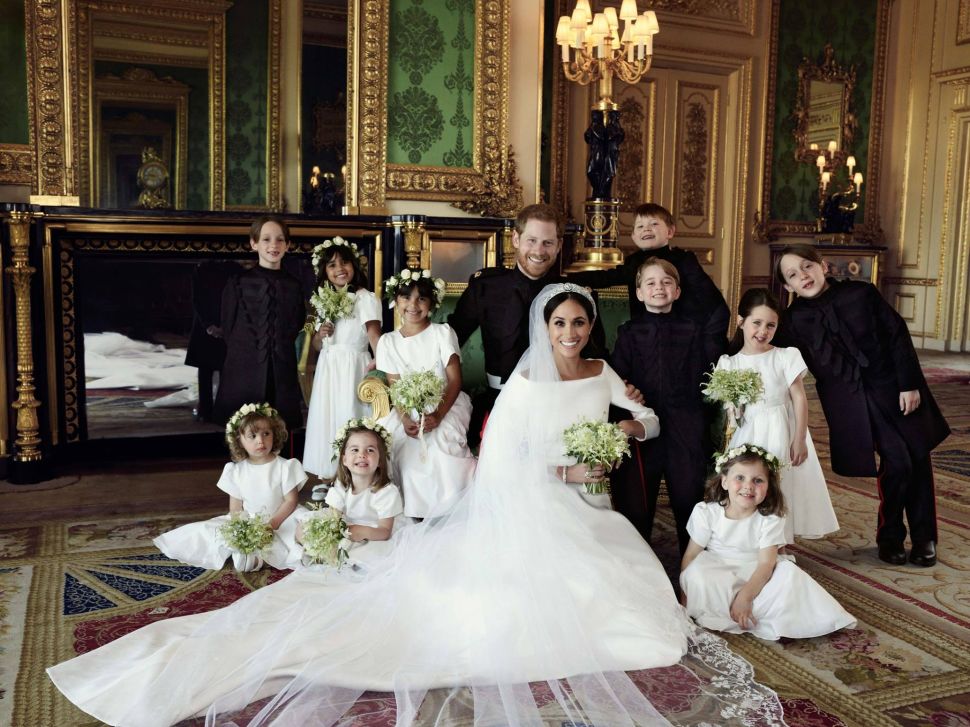