When it comes to famously secretive celebrity couples, Ryan Gosling and Eva Mendes usually top the list. It’s confirmed that they exist, are a couple and also have two daughters. Everything else is rather up in the air, as the two are notoriously private. And not in a “let’s go stage paparazzi photos” kind of way.

From what we can tell, the pair aren’t engaged or married, though honestly, it could come out that they’ve tied the knot in four separate secret ceremonies and we all missed it.

So as you may have gathered, the couple isn’t photographed together all that often. They were, however, snapped back in April, making a trip to San Marino. San Marino is approximately 30 minutes by car from Los Angeles—which, taking L.A. traffic into consideration, translates to a short lifetime.

Regardless, they made it to the small town, for what looked like one particular purpose: to look at homes. More specifically, they checked out a certain historic mansion.

Mendes and Gosling toured Villa delle Favole, an Italian Revival-style abode that was built by Pasadena architect Clarence L. Jay in 1924—the Daily Mail (of course) published the photos of the pair waiting in the car and then heading into the six-bedroom, five-bathroom estate, with their two children in tow.

They must have taken to the one-acre property, as they reportedly put in an offer above the nearly $8 million ask. In a rather unexpected turn of events, however, it seems Mendes and Gosling were outbid. The new owners of the home forked over $9.5 million in all-cash, according to Yolanda’s Little Black Book. We’re thinking a bidding war broke out, though it’s not clear precisely how much Mendes and Gosling were willing to spend.

We can see why there was competition over the 5,593-square-foot house. It has received a number of renovations since it was built, but original details like leaded glass windows in the library and a Batchelder tile fireplace remain.

Cynthia Bennett & Associates created the kitchen, which is lighter and more modern than the rest of the rooms in the house—it’s fitted with white cabinetry, light marble countertops and stone floors, as well as a blue leather breakfast banquette.

There’s also a 1,200-square-foot guest house, and not just in one-room pool cabana type of way—it’s composed of a bedroom, living room, full kitchen and a bathroom with a steam shower.

The pool is a bit showy, with fountains spouting across, though the outdoor living room (with a fireplace) makes up for it, as do the numerous lounging areas. There’s also the original boxwood parterre garden, for horticulture enthusiasts.

Alas, Mendes and Gosling will have to find another low-key yet über luxurious home. Perhaps they’ll consider checking out neighboring Pasadena, which is a bit more high-profile than San Marino, with residents like Kristen Wiig, Rachel Bilson and Mandy Moore. And of course, there’s Meryl Streep, who bought a $3.6 million house there in December. Streep should be reason enough for Gosling to head over—he’ll never have a wrinkled bow tie again. 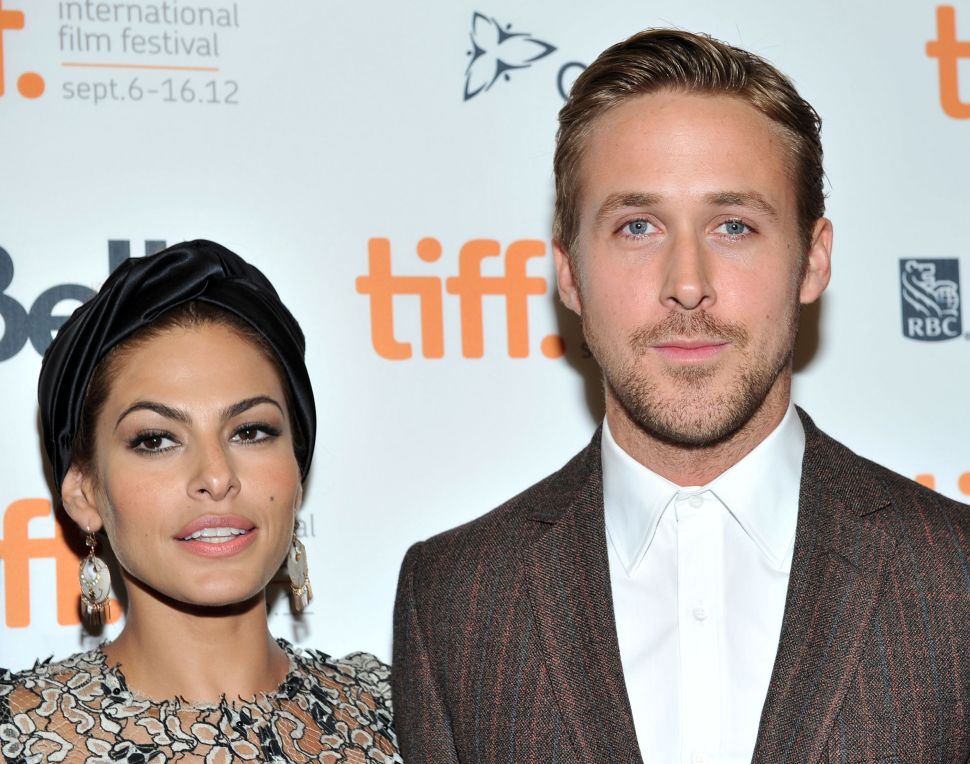