The 32-year-old Crown Prince of Saudi Arabia Mohammed bin Salman has a complicated relationship with the Western world. Although he apparently won the love of political and business elites during his charm offensive tour of the U.S. and Europe earlier this year, college students greeted him with protests and demonstrations outside his meeting venues.

Back home, however, it’s a completely different story.

Over 90 percent of people between the ages 18 and 24 in Saudi Arabia support the Crown Prince’s leadership and believe that he will move the country in the right direction, according to this year’s Arab Youth Survey conducted by Dubai’s leading PR agency ASDA’A Burson-Marsteller.

Every year, the agency conducts face-to-face interviews with 3,500 people aged between 18 and 24 from 16 Arab countries to identify key trends and sentiments among the Arab world’s emerging generation.

In the broader Arab world, which includes Iraq, UAE, Yemen (where the Crown Prince architected a war) and other countries, his approval rate drops significantly: only 63 percent of youth support his succession as the King of Saudi Arabia; even fewer people (59 percent) believe he will take Saudi Arabia in the right direction.

“Inside the Kingdom of Saudi Arabia, especially urban centers, young people are very supportive of the changes he’s making to society and the economy. He removed many conservative restrictions, particularly on gender issues. He also introduced movie theaters and musical concerts,” said Gerald Feierstein, a senior fellow and director for Gulf affairs and government relations at the Middle East Institute. “Outside Saudi Arabia, while people are aware of and support those elements of the Crown Prince’s agenda, there may be a greater focus on his foreign policies, particularly in Yemen and Lebanon. Some of the decisions he’s taken might be seen as overly aggressive and intervening from an external perspective.”

The ongoing war in Yemen was a direct reason why students at MIT and in the U.K. staged protects during the Crown Prince’s visits in March.

“His foreign policies in Yemen is supported by most Saudis, because people seem to agree with him that Saudi Arabia is threatened by the possibility of Iran getting a foothold in Yemen. But those policies and initiatives are a lot more controversial outside Saudi Arabia,” Feierstein told Observer. “And, of course, playing into that is the whole issue of the ballistic missiles that have been fired from Yemen to Saudi.”

Another notable finding is the overwhelming support of the Crown Prince’s recent anti-corruption campaign targeting prominent business figures. In the Kingdom of Saudi Arabia, 94 percent youth support the crackdown. On a broader geographic level, 86 percent approve of the initiative.

“Corruption in the Saudi government is a real obstacle to the region’s economic advancement, and therefore they agree with the Crown Prince that ending corruption is an important objective in trying to modernize the Saudi economy. But they are less concerned with the methods he used, whether or not those were legitimate or consistent with the rule of law,” Feierstein explained.

As the poll revealed, Arab Spring and the rise of Deash (Arabic for the Islamic State) are seen as the two most impactful events in the Arab world in the past decade, more than the global financial crisis, the killing of Osama bin Laden and the digital revolution. A majority of Arab youth believe these two events have led the Middle East in the wrong direction.

As such, job creation, education reform, defeating terrorism and combating corruption are believed to be top priorities to bring the Arab world back on track. And, that’s almost everything that the Crown Prince aims to achieve with his “Vision 2030” project. 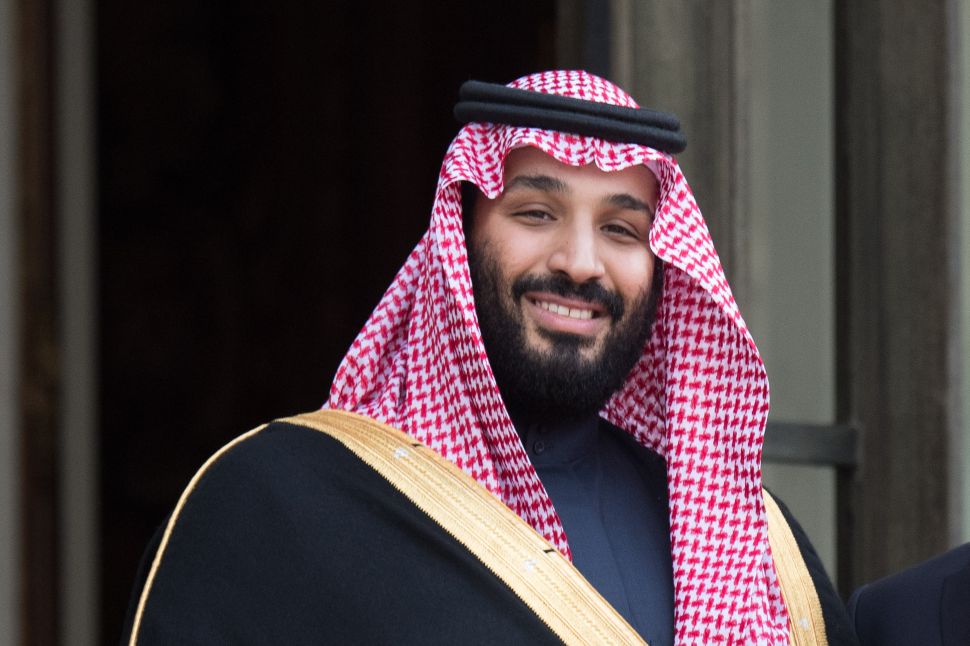