Mark Hamill cares little for the status quo. Throughout his promotional appearances for the Disney-era Star Wars films, he’s never hesitated to speak his mind, poke fun at Lucasfilm and just be an all-around delight for fans. He’s not above having some fun at Luke Skywalker’s expense.

Given his carefree attitude, perhaps we shouldn’t be too surprised that he may have just dropped a potentially big spoiler for the upcoming Solo: A Star Wars Story.

While speaking on the Cape Up Podcast, Hamill has revealed the appearance of a classic original trilogy character in Solo.

As Hamill, who last appeared in Star Wars: The Last Jedi, mentioned, fans have come to expect C-3PO (portrayed by Daniels) and R2D2 to pop up in every single Star Wars movie given their status in the franchise. But the way they appear could be important to the story, or just a flyby cameo in Solo.

Through a series of daring escapades, young Han Solo (Alden Ehrenreich) will meet his future co-pilot Chewbacca and encounter the notorious gambler Lando Calrissian (Donald Glover) in this origin story of sorts. The film has been placed firmly under the microscope due to the highly-publicized firing of original directors Phil Lord and Chris Miller and extensive re-shoots overseen by Ron Howard. Even if the film disappoints critically and commercially, nothing can stop Lucasfilm at this point.

Solo: A Star Wars Story is tracking for between $160 million and $170 million for its opening weekend when it hits theaters on May 25. 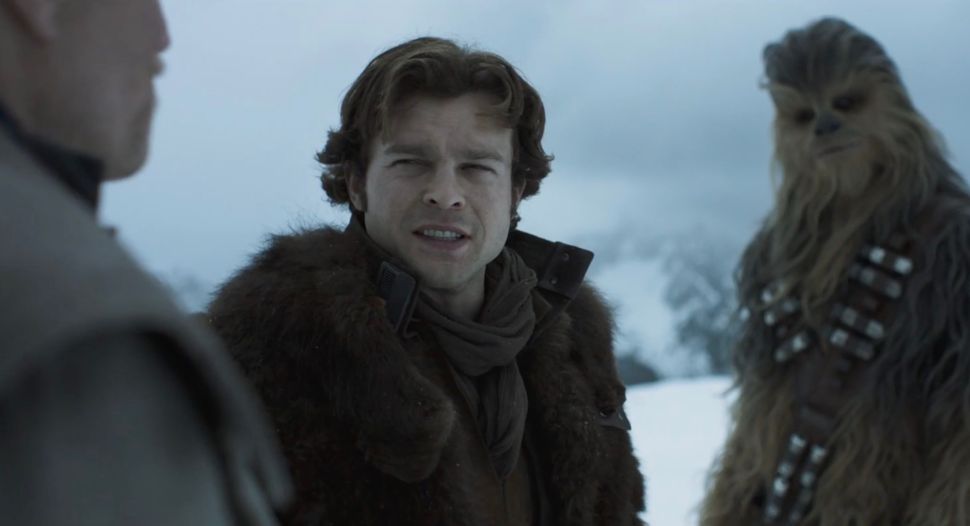