Facebook and Google are introducing a new breed of addicts.

That was the sobering conclusion to a discussion about “how tech has us hooked” at the Collision conference in New Orleans this morning.

Tristan Harris, co-founder of the Center for Humane Technology, started things off by noting that humans have reached an inflection point in our relationship with technology. His group is working to reverse the “digital attention crisis” among tech users.

“Technology is the largest invisible cultural and political actor in the world,” Harris said. “This is not just a neutral tool, there are 1,000 engineers on the other side of the screen.”

“You need to think about the values, health and well-being of the kids and families in your audience,” he told the assembled tech industry honchos.

This line and many others during the discussion elicited both applause and shaking heads in the auditorium. But the duo continued holding tech’s feet to the fire and urged developers to consider the reach of their products.

Harris pointed out that social networks that boast a billion or more users (such as Facebook or YouTube) have more “followers” than many major world religions. And these companies make design choices which ensure the faithful will keep coming back for more.

“Tech controls me from the time I wake up with my phone alarm to when I go to bed and set my alarm for the next morning,” Harris said.

He compared the device to a slot machine offering new treasures—but in this case, the bounty is tweets, emails and new notifications.

This is especially worrisome when it comes to children using tech. Kids’ brains aren’t fully developed until age 25, so introducing technology when a child is two or three can have profoundly negative effects.

Arguments about “kids these days” may seem trite, but Harris said the discussion is different now that the prevailing technology is more than just television or radio.

“You’re completely immersed in an intimate relationship with your phone,” he said

This can even impact social relationships, as kids (and adults) begin living their lives through a screen.

“You can project on your eyeball photo after photo of your friends having fun without you,” Harris said.

As such, Harris and Steyer have collaborated on the Truth About Tech campaign, which has four main goals:

“They screwed up, and now they need better zoning laws,” he said. “This is a threat to everybody.”

All is not lost, however. In fact, Steyer is optimistic—as long as the tech community does what it’s supposed to do.

“You can design stuff that has incredible positive impact for society and makes you rich, but you can do it with an ethical code,” he said. “That conversation doesn’t happen on a phone, it happens sitting with people.”

But until this change occurs, what’s the best thing consumers can do to become less dependent on their phones?

“Put them away,” Steyer said. 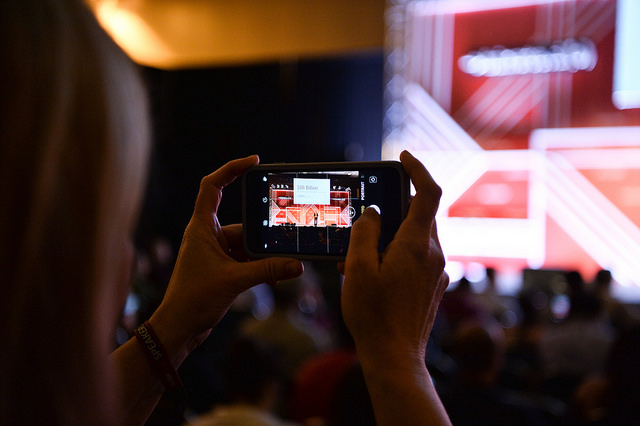