When it comes to cities birthing some of the most innovative and interesting contemporary art around the globe, historical hotbeds of artistic innovation like New York, London and Paris may immediately spring to mind. Even newer kids on the creative block like Los Angeles, Mexico City and Hong Kong have solidified their places as art destinations these days. But there’s plenty happening off the well-worn art pilgrimage path. Here are five cities witnessing big art booms. Not only do these worldwide sites offer unique art experiences, but they are also being credited with pushing the international contemporary art scene in exciting new directions.

Although Vienna is in the midst of a year-long campaign commemorating modernists Gustav Klimt and Egon Schiele 100 years after their deaths, its artistic present is just as impressive as its past. The city is home to numerous institutions invested in merging its rich history with critical contemporary perspectives, such as the Kunsthistorisches Museum, which presents everything from Imperial antiques to special commissions by contemporary artists. Most recently, this institution’s neoclassical Theseus Temple played host to an installation by New York-based artist Kathleen Ryan.

The palatial Belvedere Museum, once the summer chalet of Prince Eugene of Savoy, now houses Klimt’s iconic The Kiss painting alongside special exhibitions focused on 21st century artists. And the Museum of Modern Art (MUMOK) and the Secession have become known for their boundary-pushing programming, the latter hosting major shows of contemporary wunderkinds like Ericka Beckman, Alex da Corte, and Nicole Eisenmann all within the past year.

Propelling this city into the future, however, is the influx of young artists and gallerists it has welcomed of late. Offering a high quality and low cost of living with close proximity to Berlin—a once cheap scene growing ever more expensive for emerging artists—Vienna has become a hotbed of millennial creativity with more creatives moving in and more intrepid gallerists setting up shop. Within the past two years, over half a dozen women-led galleries with strong rosters have opened, including Galerie Nathalie Halgand, Sophie Tappeiner, Gianni Manhattan, and Galerie Lisa Kandlhofer. And the rapid rise of the Vienna Contemporary art air, founded in September 2015, has played no small part in attracting new collectors to the city.

Groundbreaking midcentury architects like Oscar Niemeyer and artists such as Hélio Oiticica, Lygia Pape and Tarsila do Amaral—the latter currently the subject of a critically acclaimed retrospective at New York’s Museum of Modern Art—have long defined the modern legacy of the Brazilian art scene. And although Modernism runs in the veins of São Paulo, this metropolis has grown into paradise of contemporary art only in the last decade or so.

The rise of fair SP-Arte as a destination on the collecting circuit certainly helped establish the city’s art cred, but São Paulo’s gallery scene has also become a benchmark for how rapidly a city’s art market can grow. Since the year 2000, São Paulo’s number of galleries has reportedly tripled. This includes spaces like Baró Galeria, which has a wide-ranging roster of artists active from the 1970s to present, to the more experimental Galeria Jaqueline Martins and Galeria Nara Roesler.

The city also plays host to the Bienal São Paulo, one of the oldest contemporary art biennials in the world, second only to the illustrious Venice Biennale.

São Paulo’s museums are among some of the best in South America. The Pinacoteca do Estado de São Paulo presents an unparalleled array of Brazilian artistic history from 19th century painting to cutting edge contemporary multimedia works in its stunning neoclassical building, and the Lina Bo-Bardi-designed São Paulo Art Museum boasts a collection said to rival London’s Tate Modern.

Additionally, the city has a rich and valued tradition of street art, with work by graffiti artists like Nexus, Osgermos, and Cranio lurking on many a corner, although some beloved murals have come under threat recently due to a contentious municipal plan to “clean up” the streets, which has resulted in quite a few being covered in gray paint.

Once known mostly for its music scene, Nashville, Tennessee, is currently a cultural boom town writ large. The city is growing at a rate of about 100 people per day, with many creatives flocking from more expensive coastal cities, lured by the promise of a cheaper rent, southern charm and authentic hot chicken.

While downtown has been home to a small but thriving gallery scene for more than a decade, with dealers like Ann Brown of The Arts Company and Susan Tinney of Tinney Contemporary serving as keystone figures in the commercial art gallery, an increasing number of art districts continue to develop. This includes East Nashville’s Five Points neighborhood, where incubator spaces for artists and other creative entrepreneurs have popped up around the pioneering Art & Invention gallery, founded in 2000, as well as the increasingly trendy Wedgewood Houston area. And in North Nashville, a new cool-kids scene started by Elephant, an artist-run gallery-cum-studio block is making waves, while the Norf Art Collective has been instrumental in raising awareness of social issues and gentrification in the historically black neighborhood through public installations, murals and an art crawl they founded in 2016.

Other art must-sees in the city include a to-scale replica of the Parthenon in Greece (Nashville was once known as the “Athens of the South” due to a high concentration of schools) housing a monumental gilded sculpture of Athena, and the Carl Van Vechten Gallery at Fisk University. A historically black college founded just after the Civil War and Nashville’s oldest university, Fisk has art collection that includes an impressive number of Georgia O’Keeffe works bequeathed by the artist herself, as well as monumentally important murals by Aaron Douglas, a key figure in the Jazz age Harlem Renaissance movement.

The Frist Art Museum, which changed its name from the Frist Center for the Visual Arts this year, is undeniably the big mama of the art scene, mounting a wide array of exhibitions annually, ranging from Tibetan Buddhist art to a current block-buster show of Nick Cave’s work, on view through June 24. And with a new 21c Museum Hotel location opening last year and plans for a new art fair, Art Nashville, set to launch this October, it’s clear that this Southern city is primed to be a new destination for art lovers.

Despite the fact that art played a significant role in unifying Ghana’s various regions under one new national flag when it gained independence from Britain in 1957, public funding for art is all but non-existent. In Accra, however, a willful contingent of private sector investors have helped realize a supportive, envelope-pushing contemporary art scene that is growing in leaps and bounds.

Leading that charge most recently is collector and entrepreneur Marwan Zakhem, who opened the city’s first internationally operating gallery for contemporary art, Gallery 1957. Since launching in 2016, the gallery has mounted nearly a dozen high-profile and experimental shows including a presentation of work by 70-year-old acclaimed fantasy coffin maker Paa Joe in conjunction with a performance early by emerging performance artist Elisabeth Efua Sutherland.

Accra’s nonprofit spaces have been instrumental in the city’s unique cultural development over the past several years. The Nubuke Foundation, started by artist Kofi Setordji in 2009 to support the city’s young art scene and help promote the country’s cultural heritage, has brought an increasing number of contemporary Ghanaian artists to better light in the last decade, such as Serge Attukwei Clottey and Adwoa Amoah. And just this March, the young art historian, writer and filmmaker Nana Oforiatta-Ayim, who founded the itinerant arts research platform ANO in 2002, opened her first brick-and-mortar space in the up-and-coming cultural district of Osu. Housed in a former Alfa Romeo workshop, visitors have access to the organization’s rich library as well as art, design and music programming. Its inaugural exhibition, “Accra: Portraits of a City,” explores the “birth of modernity” in Ghana, and will travel the country in the form of site-specific satellite shows for the rest of the year.

Contemporary art in China has been thriving in the past decade thanks to a robust economy and an army of wealthy collectors. While Hong Kong may have poised itself as Asia’s polished art market epicenter, Beijing has solidified its reputation as the edgier city for emerging and established artists alike. Its National Art Museum has an impressive collection spanning five floors, which includes traditional Chinese calligraphy works and a number of exemplary paintings by Picasso. The city also has its own fair and biennial—both launched in the past 15 years—although they are often overshadowed by stalwarts Art Basel Hong Kong and the Shanghai Biennale.

It’s Beijing’s gallery scene that sets it apart as a vanguard for more politically charged art coming out of China. The Dashanzi 798 arts zone in the northeast of the city was once a military industrial wasteland of Bauhaus-style buildings by East German architects built as part of a Socialist unification strategy in the 1950s. Now, it’s a commercialized culture destination. Galleries range from Platform China, a new media-focused gallery with an artists residency program aimed at fostering a global dialogue between local and international artists, to the Western powerhouse Pace, which was the first New York gallery to set up shop in the area in 2008.

Although the development of the neighborhood has pushed many artists out toward the city’s cheaper fringes, Beijing’s robust alt art scene continues to thrive in the trendy Coachangdi area, where Ai Weiwei hails from, and, further afield, at the Songzhuang, where one of the largest art colonies in the world can be found. 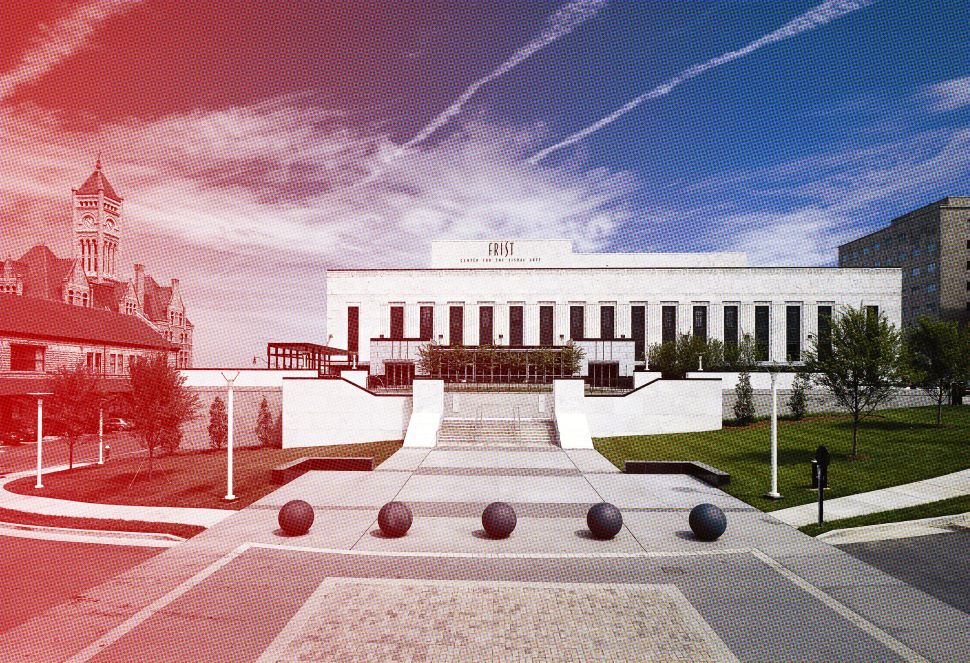