Yet for members of the alt-right, these aren’t headlines so much as a prophecy made 45 years ago. In 1973, French author Jean Raspail published Le Camp des Saints, translated into English as The Camp of the Saints. Steve Bannon has repeatedly made reference to the text, using it as a shorthand for the worst-case-scenarios of immigration. Richard Spencer’s Radix declared it “highly original” and decreed that Raspail’s “narrative, howsoever exaggerated for effect, was a distillation and condensation of observable reality.”

The plot of the book is the same as today’s stories: Does the West have the will to repel Third-World migration? Though the novel—more a fable than anything else—is largely unknown to the general population, for the “demographics is destiny” crowd it approximates the same place that Ayn Rand’s Atlas Shrugged does for libertarians.

While French President Emmanuel Macron warned Congress last week of “the rampaging work of extreme nationalism,” Raspail sought to warn of the extreme opposite: a world without any effective borders. His mechanism is one of the most racist novels ever published. If his work is like Atlas Shrugged in its evangelism, his writing style is akin to Rand at her worst. Page after page is full of speeches, and the idea of nuance among the characters is nonexistent. But while Rand’s 1,100+ page magnum opus has one of the most complex plots ever written, the plot of The Camp of the Saints can be summed up quite easily (spoilers ahoy).

A caravan of one million Indians gather aboard a fleet of ships on the Ganges river. They are led by a “giant of a man” known only as “the turd eater,” described as an “[u]ntouchable pariah, this dealer in droppings, dung roller by trade, molder of manure briquettes.” Carrying aloft on his shoulders is a “monster child,” who acts as their mute quasi-messiah:

At the bottom, two stumps; then an enormous trunk, all hunched and twisted and bent out of shape; no neck, but a kind of extra stump, a third one in place of a head, and a bald little skull, with two holes for eyes and a hole for a mouth, but a mouth that was no mouth at all—no throat, no teeth—just a flap of skin over his gullet.

The ships slowly begin to make their way to France, as the entire world watches.

Hopes that the problem will resolve itself due to weather or other Acts of God fall short. At various point ships are lost, and many of the refugees die during the voyage. In Raspail’s telling, there was no distinction between one refugee and next, just one mass of flesh—the original human centipedes (and some, I assume are good people). The way they occupy their time can euphemistically be described as animalistic:

And everywhere, a mass of hands and mouths, of phalluses and rumps. White tunics billowing over fondling, exploring fingers. Young boys, passed from hand to hand. Young girls, barely ripe, lying together cheek to thigh, asleep in a languid maze of arms, and legs, and flowing hair, waking to the silent play of eager lips. Male organs mouthed to the hilt, tongues pointing their way into scabbards of flesh, men shooting their sperm into women’s nimble hands. Everywhere, rivers of sperm. Streaming over bodies, oozing between breasts, and buttocks, and thighs, and lips, and fingers. Bodies together, not in twos, but in threes, in fours, whole families of flesh gripped in gentle frenzies and subtle raptures. Men with women, men with men, women with women, men with children, children with each other, their slender fingers playing the eternal games of carnal pleasure.

As the ships round the Cape of Good Hope, the apartheid South African government (“that limitless scapegoat, that convenient target for the self-righteous conscience”) offers them food and supplies. Amazingly, it is tossed into the sea by the refugees. Raspail explains that “you have to give the beast credit […] Say what you like, it was still a humane gesture […] Those racists, nice people? Careful now! […] The whites could wake up, surprised and relieved to find themselves drawn to those once loathsome racists, so much like themselves!”

Finally the ships are in sight of the French coastline. All eyes are on the French president. Will he turn away one million starving innocents? Can he in good conscience use force against so many who have harmed no one? He orders the army to open fire if need be, but allows every soldier to “let his heart and conscience speak out” and make the decision over whether to pull the trigger. Given the mass demonstrations where people chanted, “We’re all from the Ganges now!”, very few heed the call.

The fleet reaches shore, and France is quickly overrun. A few Frenchmen flee, making their last stand in Switzerland. They are joined by a few people of color: “Being white isn’t really a question of color. It’s a whole mental outlook. Every white supremacist cause—no matter where or when—has had blacks on its side.” This Swiss escape is short-lived, as we learn. “Switzerland’s foundations, too, had been sapped from within. The beast had undermined her, but slowly and surely, and it merely took her that much longer to crumble. […] At midnight tonight, her borders will be opened.”

Camp of the Saints and one’s approach to it is emblematic of our increasingly bifurcated political discourse. From the alt-right perspective, it is accurate in all its essential elements. Regardless of whether from India or Mexico, the United States is being invaded by people unlike us, who don’t even speak our language—let alone share our values. Worse, they will soon outnumber us. Raspail was nothing if not prophetic, including his claim that “racism” would be used to dismiss what is an emergency when it comes to national preservation.

In 1964, National Review’s James Burnham published Suicide of the West. Populist Pat Buchanan followed up with Death of the West in 2001. Buchanan’s point—quite popular in New Right circles today—is that wealthy nations are not reproducing fast enough and will be overrun by a Third World breeding out of control. The constant frequent messaging against further reproducing due to overpopulation—aimed far more often to Western audiences than poor countries—is taken as symptomatic of an intentional plot toward what is referred to as “demographic displacement.”

One can agree that claims of racism are conveniently used to dismiss many things out of hand and drive them from discussion preemptively. But 45 years later, the explicit—proudly explicit—racism of Raspail’s book has not aged well.

The stereotype of the Indian, supposedly rooted in an inferior biology, isn’t that of some writhing subhuman animal but rather of someone helping Westerners with tech support, delivering technical advice in a language that is not their own. In part due to the strong historic antipathy of many Sikh and Hindu Indians toward Muslim culture, there are relatively few in nationalist circles who are strongly concerned with Indian immigration. Virtually all the historic racial taxonomists regarded residents of the Indian subcontinent as Caucasian, and India recently had both a store named Hitler as well as a brand of ice cream. India’s nukes are far less of a threat than the schemes of the Persians of Iran or the north Koreans.

What Raspail and many of those who follow his mythology dispute is that immigration can be managed in what some would call “reasonable” numbers. Admittedly, reasonable is an inherently subjective word, simply meaning that the speaker approves of what they are proposing. But as President Donald Trump prepares to turn away the caravan of a few hundred people, the idea that Western culture is doomed to a destruction of its own making sounds much like the claims of climate change ideologues. Apocalypses make for great climaxes in novels, but we’ve been hearing about the end of the world for a couple of millennia now.

What we are hearing less and less of is any sort of discussion when it comes to crucial issues such as immigration. Either everyone who happens to be here somehow has a right to be here—or anyone who is here illegally isn’t merely lacking documentation but lacking any rights whatsoever or, in the extreme, even a full semblance of humanity. As our national discourse continues to degenerate in the era of Trump, all signs point to the judicial branch increasingly being called in to make decisions between two sides who are incapable of communication. We are essentially becoming foreigners from one another. 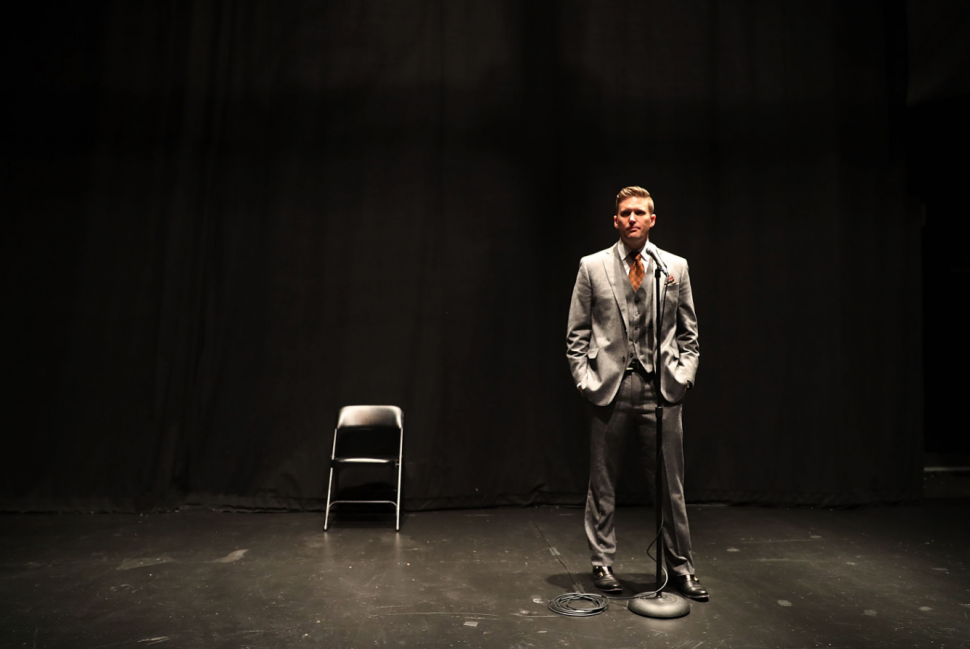